The tongue of the cats that is cat tongue is rough and even seems rigid due to the conical papillae that have surface and are distributed in an orderly manner, this organs is formed of a protein called keratin that provides hardness and rigidity, these structures that are located on the tongue help the cat to drink water and combing easily, to detect some flavors and smells complementing the sense of smell.

The characteristic movement of the tongue of the cat to drink water has been the subject of a biomechanical study, which analyzes two opposing forces: gravity and inertia. Considering that the tip of the tongue in a first movement is curved touching the surface and at this moment it folds at a maximum speed dragging a large amount of liquid towards the mouth of the cat. 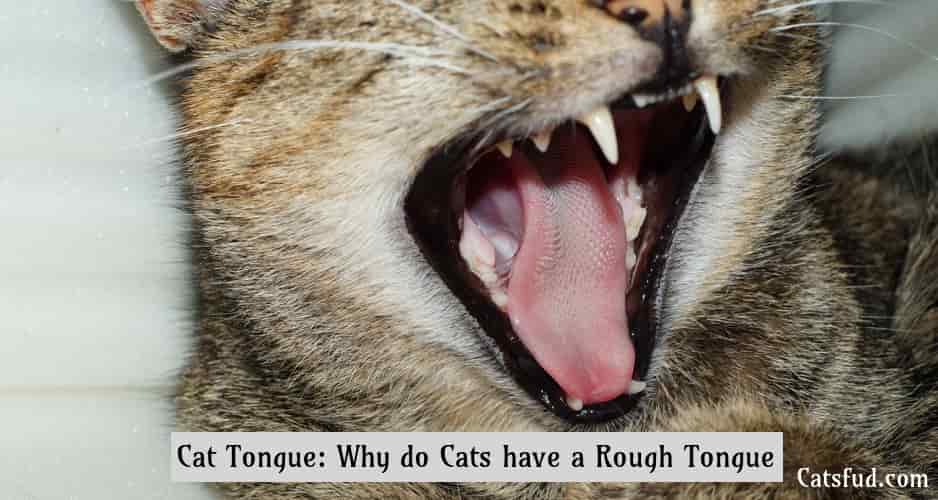 To the lovers of the cats of the world, one of the physical structures that most attracts the attention of the felines is their language, a very useful elementary structure that they use for various things such as: grooming themselves until their coat is shiny, drinking water, eating, Lick and leave the bones of meat waste clean and the cats use it to remove dirt from their kittens, among other things.

The cat papillae have several functions in the feline organism, such as collecting food from the dish to reach the digestive tract, holding the liquids acting as a collector system and holding mechanism, keeping the prey motionless when hunting mice and cockroaches in the city. 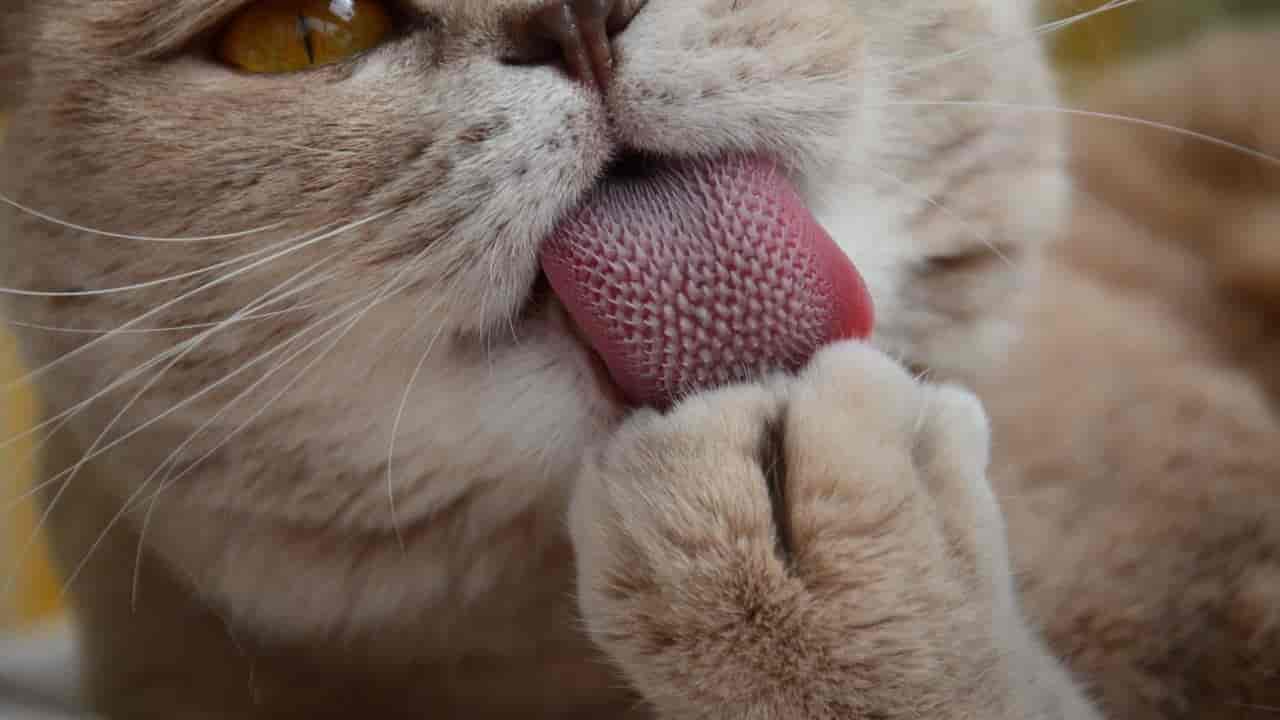 The typically hard papillae of the tongue cat, are ideal for combing and remove undesirable residues of the coat of puss. In addition, felines usually spend most of the time they are awake in grooming and their tongue is the ideal cleaning tool. Therefore the musculature that has this organ is very strengthened to play continuously this activity.

Why do Cats have a Rough Tongue

Surely on many occasions your kitten will have approached you and you will have begun to lick effectively, as if you were giving kisses or showing your love. However, unlike the dog’s tongue, you may have felt that your animal’s tongue is quite rough and may even be a bit hard to the touch. If you have noticed, it is more likely that you have asked yourself if there is any reason or reason why are cats tongues so rough.

It is important to note that the roughness of the tongue of these animals is given by the conical papillae, which cover the entire central part of the tongue and are composed of a substance called keratin (the same substance that is responsible that our nails are strong and hard). These papillae are the ones that give that texture so particular to the language of our cat and although you do not believe it, they have a series of special and specific functions. 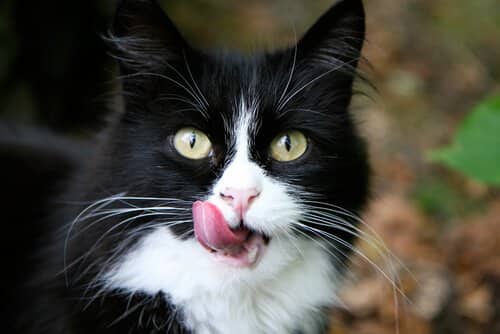 Similarly do not believe that the rough tongue serves only for liquid drinks, it also serves cats to feed, as this roughness allows the meat to be removed from the bone of its prey. In this way they can remove meat from animals when they hunt or eat fish without any risk of getting stuck with a thorn.

What is the Cause of Rough Tongue in Cats

Anyone who has made friends with a cat knows it. They only lick someone they love very much, unlike dogs. Of course when they give a lick to you immediately feel the roughness of their tongues. What is the reason for the rough tongue in cats? Does it fulfill a function or is it just a whim of nature? What would happen if they did not have such roughness in the tongue?

At first glance it would seem that the language of the cats is full of hairs. They look like thick filaments, throughout the muscle. However in reality it is not hair but a much more complex training.

These protuberances are the taste buds and they have several peculiarities. They are made of keratin, the same substance that cats have on their nails cutting cat nails should be done perfectly. It is a firm and flexible material. These filaments are what configure the rough tongue in cats.

Experts indicate that this configuration is similar to that of the teeth of sharks. As in the sharks, they have great strength. That’s why the lambetazo of a cat feels as if it were the rub of a sandpaper.

Causes of Rough Tongue in cats

The question that everyone asks is why the languages ​​of cats have that special configuration. Well, these felines use their tongue as an effective comb for their beautiful fur.

The tongue works in a similar way as a brush would. With it they sweep your body and remove any impurities that may be inserted between the cat hair. They do not do it exactly out of sheer vanity but behind this there are powerful genetic reasons. 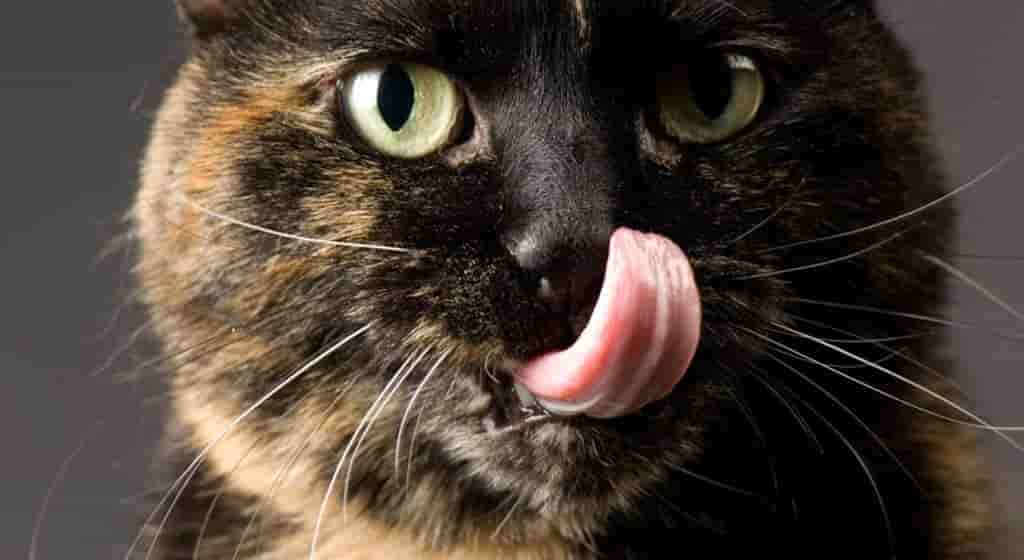 Cats like good cats are hunters and predators. It is in its nature to go after the prey that may serve as food. Hunting is one of the genetic determinations with which they charge from the moment of birth.

The keratinous filaments also play another role. They are a kind of support to keep the prey trapped when there is hunting. They entangle and trap so to speak the victims of their audacity.

A Work of Engineering

The language of the cats is not only an extraordinary comb but also constitutes a fabulous engineering work. This is detected when these felines drink liquids without making the slightest noise and in record time. That makes them look very elegant know more about how to give a cat a bath.

The cat has to fight against the force of gravity to incorporate a liquid into its throat. You should also swallow the water without closing your jaw. Thanks to an extraordinary genetic programming the cats have learned to calculate the height at which they can overcome the force of gravity that would prevent the access of a liquid to its snout.

To swallow water the cats curve their tongue down. This organ forms a pronounced arc, as if forming a letter “v”. It is a kind of straw. The feline just rubs the liquid with his tongue and begins to suck it at an amazing speed know more about how much water should a cat drink.

The liquid remains attached to the tongue thanks to the action of several forces in balance. On the one hand there is gravity. Likewise the inertia and the attraction that the water molecules and the tongue of the cat exert on each other. Nature gives us a lesson in Physics in the language of cats.