From the Persian it inherits its physical texture, long coat, appearance of the face and the beautiful round blue eyes that so characterize the Persians. And on the other hand of Siamese, they inherit the pointed pattern, which consists of having a dark color on legs, face, ears and tail. 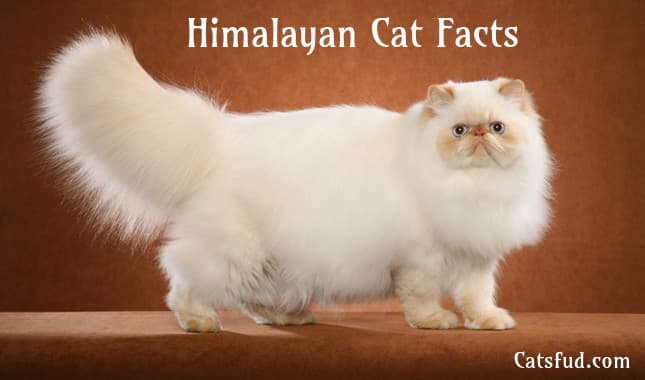 But this beautiful cat has a very interesting personality and different from its parents, keep reading the article and learn much more about the Himalayan cat as its true origin, specific physical characteristics, personality, such as your cat health and what are your care.

Origin of the Himalayan Cat

The origin of this beautiful species is Sweden, so there are erroneous beliefs about its origin is the Himalayas due to its name. However the origin of the Himalayan cat has nothing to do with the Asian mountain range. His name was assigned due to his resemblance to the Himalayan rabbit. This was the result of an experiment that sought to analyze how the gene that gives the characteristic color point in 1931 was transmitted.

And it was then that a cat breeder named Virginia Cobb and a Harvard researcher named Clyde Keeler making crossings between the Siamese cat and a longhair cat (Persian) through the selective breeding method, resulted in the birth of the first baby who was called Newton’s debutant. 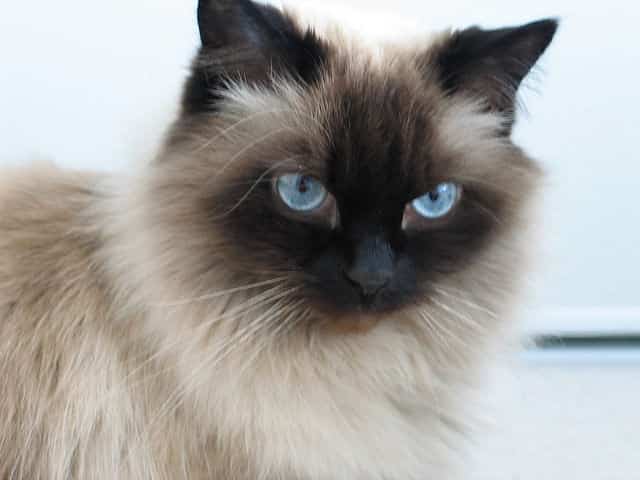 Later the race began to attract the attention of American and British breeders in 1950, who were interested in continuing with the crosses to achieve recognition. However, despite the fact that the breed was officially recognized as ” Himalayan Cat ” by some associations of cats and pets, others simply classified it as a variation of Persian colors.

However for many cat lovers that the Himalayan kitten is an official breed or not, it has not mattered much, since since then it is one of the favorites by many cat lovers and also considered pedigree.

Himalayan cats as we mentioned earlier, have the physical characteristics of a Persian cat with the colors of the Siamese cat. They are medium in size and can weigh 3 to 6 kilograms and the himalayan cat lifespan is also high. With large head, round and slightly flattened face, round eyes, large and blue, small ears and somewhat rounded at the tips, robust body, slightly short but muscular legs and tail of medium size.

Its coat is long, silky whose main characteristic is the pointed pattern, inherited from the Siamese cat. That is his face, his ears, his legs and his tail are dark in color while his body is beige or cream tones. However there are variations in the colors of this breed, since it can be red in other colors such as: Coffee, chocolate, lilac, reddish, cream blue, among others, these are the himalayan cat colors.

One of the main characteristics to classify it as a Himalayan cat, apart from the long fur and the pointed pattern, is the beautiful turquoise color of its eyes like turkish angora. Since in case of having the eyes of a different color it would be qualified as a simple variation of the original Persian (white).

Personality of the Himalayan Cat

The Himalayas cats are very elegant, docile and calm cats. They love lying on the lap of their humans. They are happy in this position and also receiving caresses on their silky and long fur.

Himalayan cats are serious and a little derogatory with people they do not know. That is why they can reflect an imposing and very serious attitude. However with their owners they are totally different. They will always reserve their affection and their pampering for the people of the home what else they want. 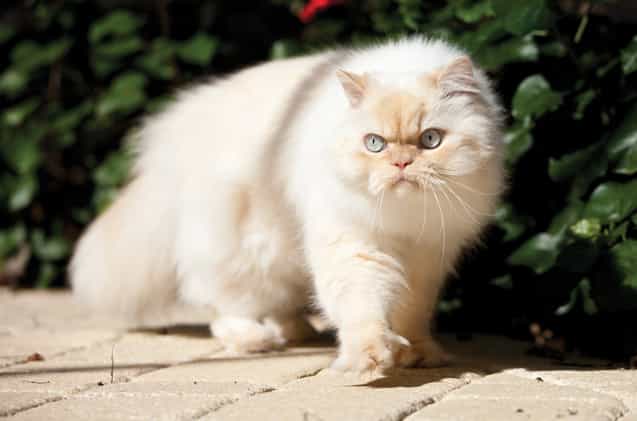 They are docile and calm cats, so they can get along very well with small children. Well you can play with them as if they were one more member. If you think of having a Himalayan cat at home, you should know that it is important for them to live in a quiet environment, since they do not like noise or scandalous environments.

For this reason they should keep their peace of mind and avoid stress in any way. You should also know that they are not restless cats, so you will not have any problem with your curtains or furniture in the house. On the contrary, they are serene cats that have a low level of activity but you will also see them from time to time having fun with their toys.

Himalayan cats are like all cat breeds, can suffer health problems due to race-related diseases or hereditary genetic problems. Even cats that are pedigree may suffer from these conditions more than a normal cat. And this is due to the crossings that are made between the same family members to maintain the purity of the race.

However, the Himalayan cat is prone to certain health problems due to the flat facial structure of his face, such as:

Care of the Himalayan Cat

Himalayas cats like other cats belonging to long haired breeds, should take special care in this aspect like a lykoi cat. It is important that your hair be groomed and brushed regularly. Since this depends not only that your hair is not entangled but also prevent it from accumulating hair balls in the digestive tract. That is why you should be brushed at least 3 times a week and bathed once a month. To avoid the accumulation of dead hair and dirt. 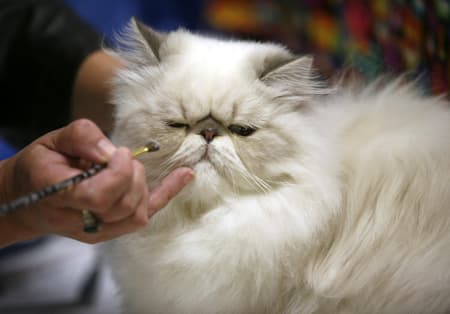 Like all cats of all breeds you should take it periodically to the veterinarian, this in order to detect possible diseases in time and if they already exist, take the correct control and proper treatment. Himalayas cats often produce many tears that accumulate in the hair of the lacrimal area. So you should clean it carefully with a damp cloth.

On the other hand, caring for your teeth is also important. Try brushing at least once a week your teeth, in order to avoid the development of periodontal disease.

Other Similar Articles on Cat Breeds

However remember that the most important care you should give is love and pampering. So we hope you have learned a lot after reading this article and enjoy the photos of the Himalayan cat and if you have found it interesting visit our Catsfud and you can share it on your social networks.