The Lykoi cats are also called wolf cats or werewolf cat, for their physical as similar to a small wolf where his coat and his eyes are the characters that make them so unique. This breed was hardly recognized as of 2011. Lykoi cats arise from the natural cross between 2 different litters of shorthair cats in the United States. Throughout the article you will know the origin of this particular race, its physical characteristics, its character and the care they need to maintain their health.

If you have heard or seen a Lykoi cat, you are certainly surprised since his appearance resembles a wolf and does not leave anyone indifferent. It is one of the most recent breeds of domestic felines and in fact, is still in the process of being fully admitted as a breed as there are still few specimens around the world. This feline is gaining more and more popularity especially in North America which is where it came from and hence where it is best known at this time. 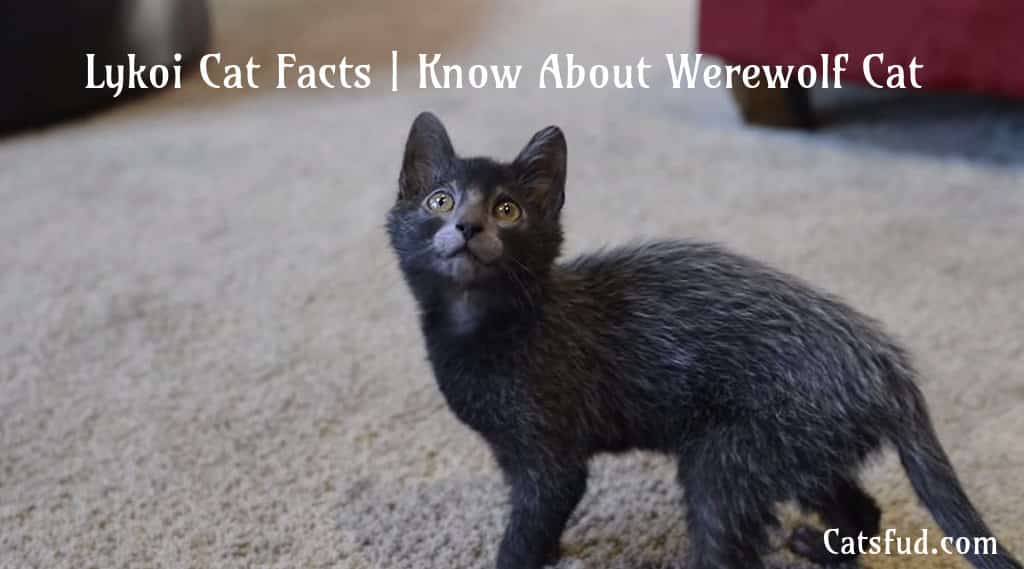 Continue reading this article to find out everything you need to know about the lykoi or wolf cat, a race of character and incredible character that begins its history in the United States. Before going to adopt this cat know about the werewolf facts and lykoi cat personality. See below to know more information about it.

Lykoi cats are originally from the United States specifically Tennessee and Virginia. When the first pups were born the owners noticed that they had parts of their body without fur which led them to think that they were genetically related to some race of hairless cats like the sphynx cat personality. But when performing the relevant studies this theory was rejected. In addition they discovered that the kittens enjoyed an optimal state of health. 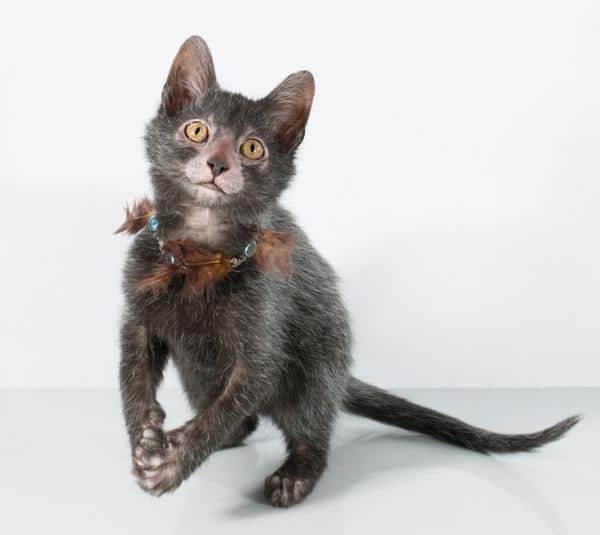 From this moment, they began the process of making known the new breed called as lykoi cat breed and that it was recognized as such in breeders associations and cat fairs. And it was named Gato Lykoi, since it is the meaning of wolf in Greek. Currently there are very few species of this breed and those that exist have been given from the crossing between two of the first offspring.

The Lykoi cats as we mentioned before are recognized mainly for having physical characteristics similar to those of a wolf. With specific features such as the lack of fur in certain areas of his body such as the face and ears and also by his large yellow eyes they look like a bengal kittens. Which attract attention because they are large compared to the size of the face and also a little elongated up. Initially they are born without hair in all their body because it starts to come out as they develop. Its coat can be black, gray or silver gray.

Its body is elongated and stylized, medium-sized and can weigh 3 to 7 kilograms. It has pointy ears, black nose and slightly triangular head

Character of the Wolf Cat

The few species of Lykoi cats that have been adopted by households and they have shown a very friendly and sociable character. Which sometimes is hard to believe, because at first glance these cats may reflect being wild, because of their resemblance to wolves. But once these werewolf cat breed were adopted they show very much affection.

Lycoi cat reflect a character similar to that of any domestic cat like a siamese cat, however they are not so independent. They love that their owner is close to them and pampering them. Like the guests who arrive at their house, because at the beginning they can be a little withdrawn with the strangers but afterwards they are a sweetness. 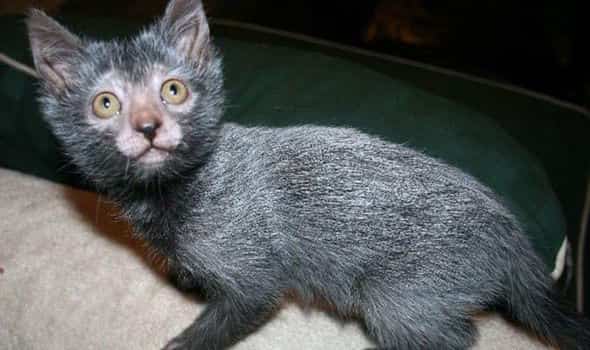 They are curious, playful cats, quite intelligent and with the intact hunter instinct that characterizes cats so much.

At the time when the first offspring of this breed were born, it was thought that due to their lack of fighting in some areas of the body they would have some congenital health problem like feline leukemia symptoms or any other. However after carrying out studies and medical examinations any anomaly that caused them to suffer from any disease was ruled out. And that the lack of fur was only a consequence of a genetic mutation.

This is why the doctors discovered not only that the Lykoi cat offspring, not only did not suffer from some strange disease but also enjoyed an excellent state of health. 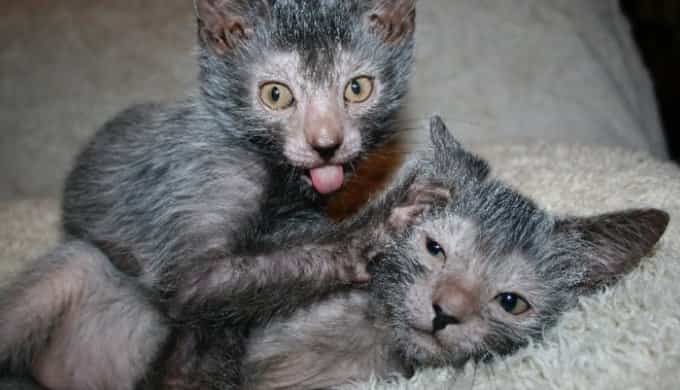 So far the Lykoi kittens that exist have not proven to suffer from diseases for this reason they are expected to have a life time similar to that of any domestic cat, that is even up to 17 years old.

They can have health problems like any cat, such as trichobezoars, ataxia, diseases of the urinary tract, among others. But these diseases are not specific to the race of the Lykoi any cat could suffer them. For this reason regular visits to the veterinarian are so important.

Care of the “Lykoi Cat”

The cats Lykoi to be very healthy cats and do not need care different from those of any domestic cat. You just have to provide basic care:

As you can see the “wolf cats” are peculiar cats with an original physique and a perfect personality to be the new member of a home.

We hope you have learned about this particular breed and that if you found it interesting, post it on social networks.  Did you know the cat Lykoi? These small lykoi kittens looks good and are very much better for the owners if they adopt these pets. If you want to know more information about the cats then simply visit our catsfud website.