The Manx Cat is a breed of domestic cat originally from the British Isles, Isle of Man. This cat is especially characterized by not having a tail and in the case of having it, it is not usually very long it does not even exceed 3 cm. You can know about the manx cat personality and its features from us. Know about this cat from us.

There are many myths about the particular characteristic of this cat, but in reality this is due to a genetic mutation that affects the formation of the spine. The Manx cat is a very famous tailless feline breed in the world. With this cat you will have a friendly pet and every day it will show your intelligence and loyalty. He is a fan of games and has developed the ability to socialize with people and other animals. 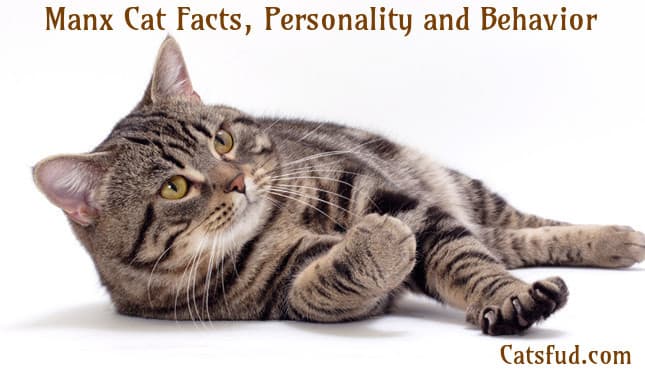 It is one of the oldest cats. Do you want to know about the manx kittens. Keep reading the work we have prepared with the basic data of the history, appearance and behavior of the Manx. If you have this cat or even if you are going to adopt this manx, then you must see our article completely.

Origin and History of Manx

Since long before the eighteenth century there are records of the existence of the Manx cat. Its origin goes back to the British Isle of Man. The name of the race refers to the name of the inhabitants of that place. 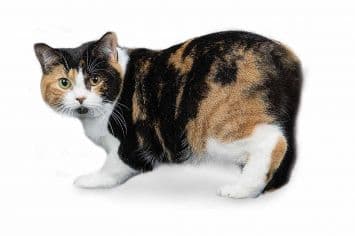 About how the manx cats were born there are several legends. According to some they arose because of the mating between a cat and a rabbit, but others claim that it lost its tail because when it entered the ark of Noah the doors were closed. Recent research found that its short tail was produced by the mutation of a dominant gene.

The official recognition as a breed came in the 30s from the International Feline Federation and the Cat Fancier’s Association. Also you can see what breed is my cat if you have a pet.

Characteristics of the Manx Cat

Below are some of the characteristics of the cat manx with which you will know more about this pet.

Tail of the Manx Cat

The tail of this cat is one of its most special and notorious characteristics since it does not have a tail of normal length like that of other siamese cat breeders of cat. The tail of the Cat Manx can be regularly short it can even have no tail or have a few vertebrae in it. 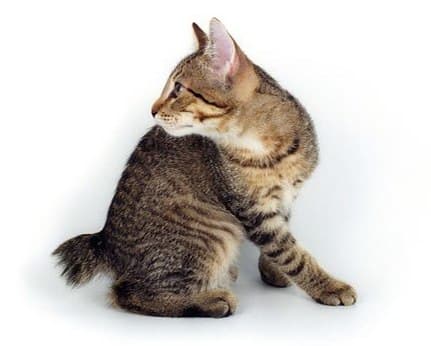 Its tail can be classified in:

This particular characteristic of the Manx Cat is due to a genetic process. Therefore this breed is usually highly acclaimed in Asian countries.

Behavior of the Manx Cat

The Manx Cat is very intelligent, tolerant with other pets and even with children. He also tends to form a strong emotional and loving bond with his family.

This cat has qualities of hunter the reason why it would not be rare to see it at some moment hunting some animal. The Manx Cat usually adapts very well to different environments and loves to draw the attention of their relatives. In general it is the ideal pet for any family.

The Manx Cat is usually a very healthy breed like tabby cat. However it is important that the development of the cat’s spine can be monitored due to the tendency to have problems in its formation.

Due to the mutation that causes lack of tail the Manx Cat can suffer disorders in the spine such as a disease called “Man Island Syndrome”. 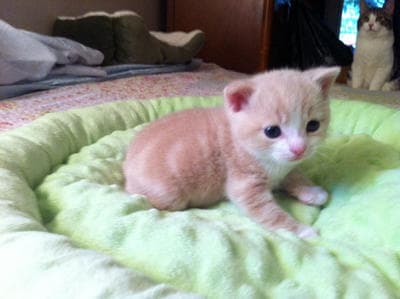 Cats born with the afore mentioned malformation survive but over time develop diseases related to the mutation such as spina bifida and disorders in the vertebrae and even in the pelvic area. This malformation also ends up affecting internal organs which will cause incontinence, digestive problems, constipation, hydrocephalus among others.

It is advisable to take control of your Manx cat going to the veterinarian from puppy to detect any problems in time.

Care of the Manx Cat

Curiosities of the Manx Cat 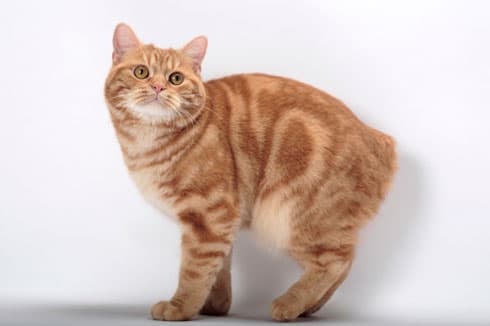 With this you have got an idea of the mynx cat its behavior, personality and lifespan. The manx cat lifespan is same as the other domestic cat pets. You can get more information about the cats from our CatsFud community. Like or share this information with your friends and save kittens.