Have you ever seen a curly haired cat? Yes it is selkirk rex which is a long haired with curls that attracts most of the pet lovers. If you want to know about the selkirk rex breeders then simply check from us. Here you can know how to take care of this cat breed and the main characteristics of this selkirk rex cat.

The cat Selkirk Rex is a curly haired cat which is originally from the United States in 1987, when a very particular event took place in an animal shelter in Sheridan, Montana. This shelter was called For Pet’s Sake and in front was Kitty Brown, a defender of homeless animals. 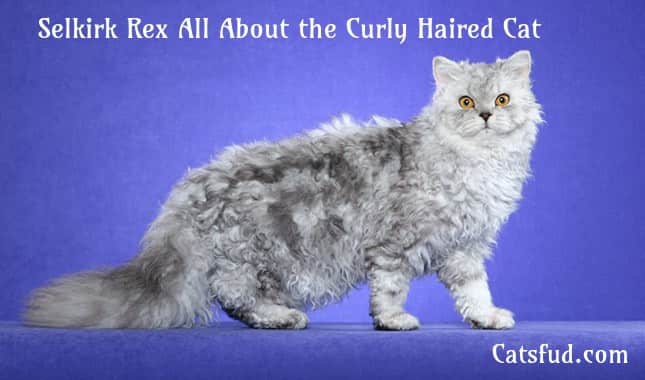 A kitten from the shelter they had received for being close to giving birth and had a litter of seven kittens, all of them normal, except one, which caught Kitty’s attention because she had a little curly hair on her body and mustache and is very curious.

This kitten grew up in the shelter and was soon adopted by a woman who was interested in her. Her name was Jeri Newman a breeder of Persian cats with studies in animal genetics. He gave it a very original name, to which it would be destined to found a new breed of very special cats. This would be Miss DePesto Noface.

At the time of adoption he crossed with a Persian cat and had normal kittens and others who did have the characteristic curly hair of his mother, which would show that it was a dominant gene. This breed was named Selkirk in honor of the famous mountains of Canada and at present both the Selkirk Rex of short hair and long hair are considered current breeds, in the different registries that exist.

A hair of curls in the shape of curls

The coat of the Selkirk Rex is very peculiar, because unlike the British Shorthair, which has a great resemblance, the curls have a presentation randomly called by the standard of breeds, ringlets. This is therefore a characteristic that occurs in those cats that have a smooth hair gene and a Rex gene, dropping soft hair forming loose and individual curls. They present all the possible colors and patterns.

Characteristics of the Selkirk Rex

It is a cat that also has wide cheeks and a short nose. Eyes round and a little more separated than normal. The legs of medium length but large claws. If we observe him closely his muscular and almost rectangular body is striking with the hindquarters slightly raised. It also has a straight tail and round tip.

The Selkirk Rex is characterized by being a quiet and homely cat who loves to sleep on occasion in the lap of his human and gets along very well with other pets as long as they do not invade their favorite spaces, which will defend if necessary. It is good to motivate them to exercise because they are cats with a tendency to take weight. A good scraper tree which allows you to climb and play and that is vital for them. 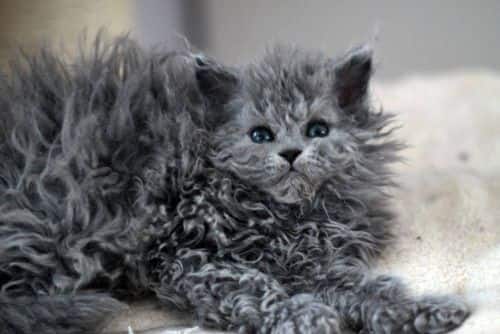 With regard to health it is a cat that does not present a typical diseases of cats and that if it is provided with a good diet and quality of life, it can live without problems beyond the age of 15. Indicate that it is highly recommended to brush them frequently and to avoid the common balls of hair and monitor their eyes as they may tend to tear.

Yes, since one of the popular cats in this social network is Pompous Albert, who has more than 234K followers and is famous for his “pissed off look”. Despite this it is a sociable cat of fun and curious, who loves to pose.

All a beauty is this Selkirk Rex that will surely continue growing in fans and followers and both inside and outside the social networks and which we have wanted to present.