Lucky Chinese cat is a Maneki Neko. You’re tired of seeing it in any establishment of the Chinese, in any case as an ornament. Yes, it is the famous Chinese cat, the maneki neko a cat that, whatever happens waves its undaunted leg. It’s your only mission in life but, how nice is that? Then we talk more in depth about Maneki Neko or Chinese lucky cat.

The Maneki Neko’s. It is actually of Japanese origin but it is so popular among the Chinese that we associate it as good luck in chinese. Surely you are also tired of seeing it in countless places. There are different sizes and colors, but they all have one thing in common. His charismatic face of happiness as he moves his paw up and down again and again. There is no Chinese restaurant, shop or Chinese bazaar where a lucky cat is missing. 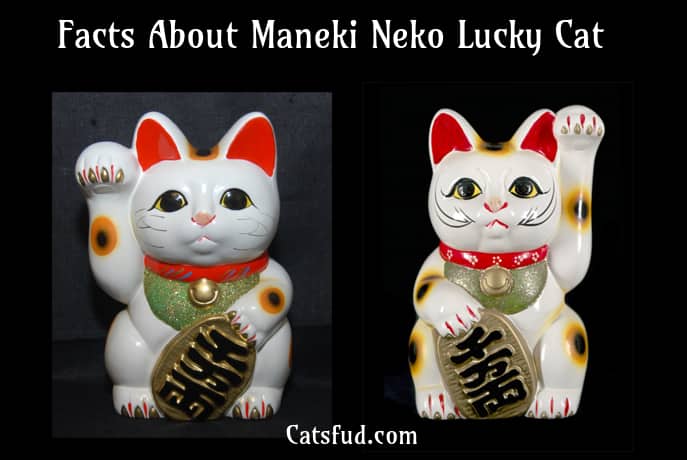 A sculpture depicting a cat with its left / right paw over a lucky mallet that bears the character Fuku, which means prosperity. The Maneki Neko usually carries represented the koban, gold coins of the Edo period. In this article we are going to share about the maneki neko cat, simply have a look at it.

A Maneki Neko – Cat of Luck or Money

The lucky cat is one of the lucky charms most common in Japan and by extension in China, where it is still even more popular. It promotes prosperity and is often found at the entrance of businesses. The most modern versions incorporate are battery or electricity and incorporate movement. 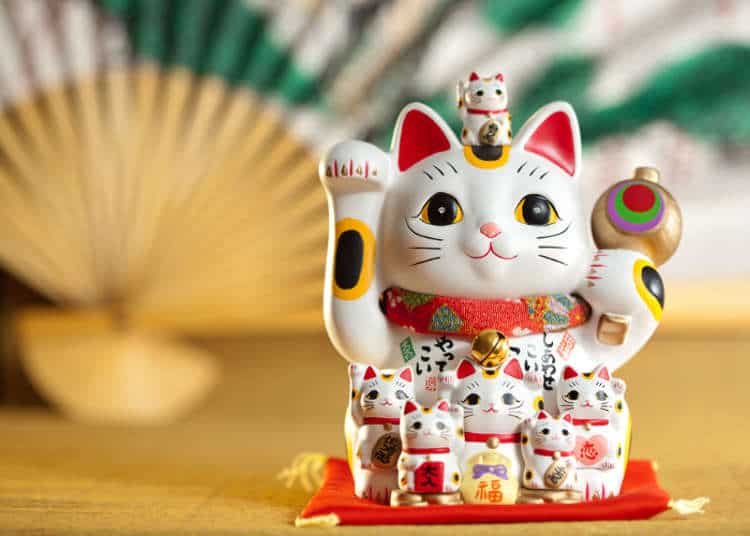 As in all cultures, the Japanese have good and bad superstitions associated with animals. It is believed that if a cat washes its face and legs in the genkan (the room) it means that a business opportunity will come. Therefore, although many believe that it is a figure that greets us and welcomes us to the store (partly they are also right) it actually represents a cat washing its face. Those of you who have one of these pets will have recognized the movement now, right?

The Maneki Neko with its raised leg on the inscription of good luck invites customers and opportunities to enter.

It is believed that the Maneki Neko became popular in the second half of the Edo period, from 1603 to 1867, although the cat is not usually mentioned by name in documents of the time. In contrast, in the period from 1868 to 1912, it appears regularly in publications and business. 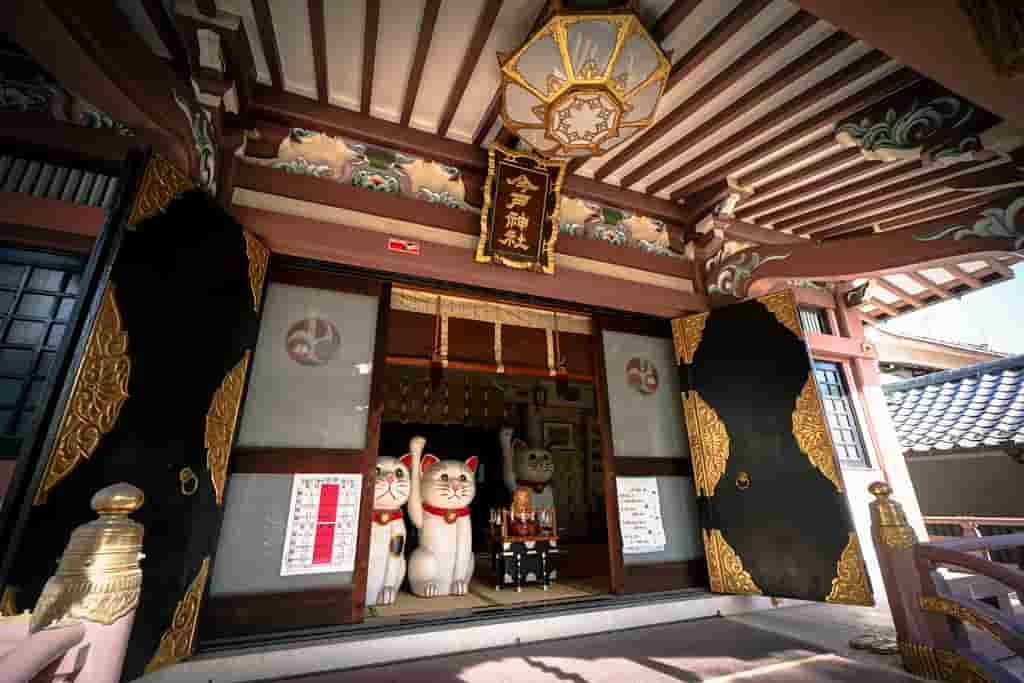 By imitation you start using the lucky cat in a popular way in stores and businesses. The Maneki Neko was also considered as a toy for children since it was believed that it could have protective influence against pain. Some children put a Maneki Neko hanging from his belt.

In China and Japan it is still a symbol of good luck. The most popular Maneki Neko is the tricolor cats, although in reality it is quite rare that it is a male cat of three colors, perhaps because of this the representation of a tricolor cat is considered more fortunate.

There are versions in white, in black, in red in gold. The leg that has raised also varies according to a survey of Clubs in Japan, the raised leg is usually the left by 60%. When raising the paw the cat beckons the clients to enter the business, while those who raise the right leg supposedly attract money and prosperity.

The height of the leg has also been studied, when the leg is more likely to attract luck.  As the lucky cat is already sold around the world it was changing. The japanese lucky cat that is exported usually shows the back of the hand as is customary in the United States, while the Maneki Neko in Japan shows the palm of the hand as an invitation as is customary in Japan.

Meaning of the Colors of Chinese Cat of Luck

Many of us in Western culture, believed that he was simply a typical figure and that they are all more or less equal and will have the same meaning. However coming from an oriental culture it goes without saying that we are wrong and that there is a great variety of Chinese lucky cats and that the meaning of each of them varies depending on their color.

Probably the best known of all will be the golden colored maneki neko, since it is what most Chinese businesses usually have at their doors. No wonder given the desire to earn money that these stores have. And it is that the lucky Chinese cat of golden color symbolizes luck in business and it is said that it is an amulet that invites the customer to enter and takes care of the business. 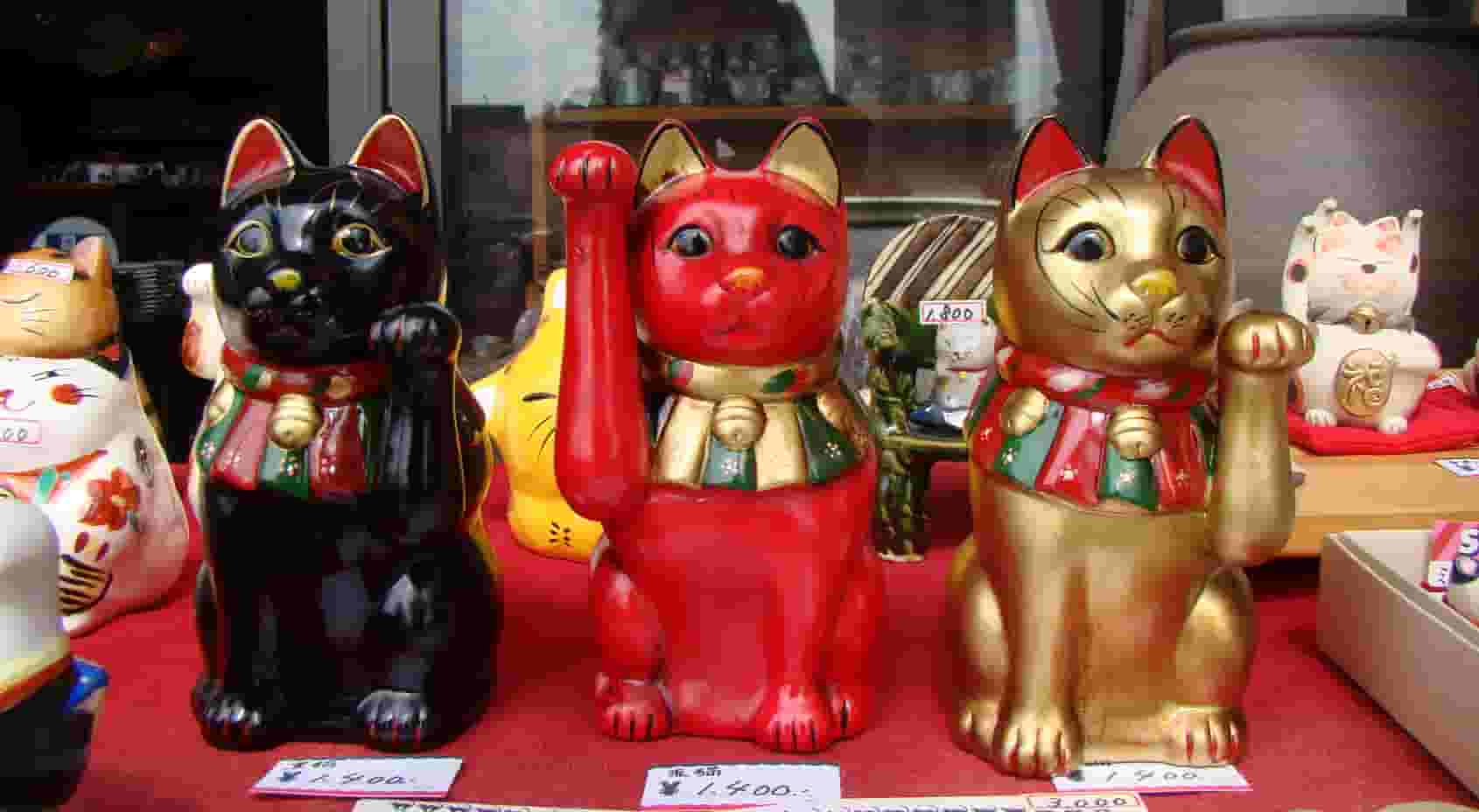 On the other hand, another of the most common is the Chinese cat tricolor, white, black and gold. They are colors that we can find in many common cats and therefore it is also probably considered as the combination of colors that gives more luck of all.

On the other hand we also have others that serve to give luck in other aspects of life. For example the blue lucky cat serves to make each one’s dreams come true. On the other hand, those of red color serve, as it could not be of another form by the color to maintain the love and the passion in the sentimental relations.

A long time ago it was also common for boyfriends or people who liked to deliver pink cats of luck, so that the other person felt the same for them and confirm their love. On the other hand, lucky cats of black color that is black cat serve to keep away bad luck and bad omens.

Finally we have white Chinese cats, which symbolize purity as a way to attract good and pure things to us. And if we want to undertake things in our lives or in our professional field, for that we have the green or gray lucky cats.

Surely there are more colors and combinations are also used to obtain the properties of each of the colors in one.

With this article you have known about the chinese cat which is a lucky cat. Cats in China are also a symbol of protection and in this way the family is protected and good luck is attracted to all its members. Some of them even call it as a japanese cat mainly a good luck in japanese. If you have more information about this chinese cat the simply share with us. For more information about cat in chinese see our Catsfud community.