Antibiotics for cats can be powerful allies in the fight against a number of dangerous diseases, but if used incorrectly they can aggravate the condition of health of the pets or even leads them to death. That is why it is very important to know when and how to use antibiotics for cats and what are the diseases treatable with this type of medicine, in addition of course, to take the pussies to the veterinarian and act according to the indications of a competent professional.

Commonly used in the fight against diseases caused by bacteria, such as infections choosing this type of treatment without proper care and without the assistance of a veterinarian can lead to a considerable worsening of health or even lead the animal to death. The correct way to administer the medicine is the type of medicine chosen, the way it is given to the pet, the amount and how long it is used. Failure to heed these details can have terrible consequences. 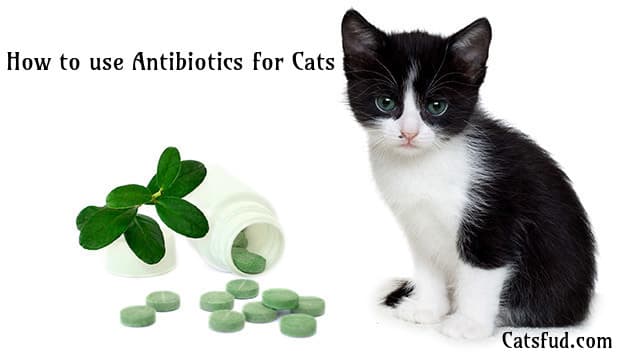 Self medication in the case promoted by the owners of the pussies themselves is the main factor that contributes to inefficient treatment. In cases of antibiotics the situation is even more delicate, since it can cause the bacteria that should be eliminated to become resistant to existing drugs. To avoid this type of error and to allow a more conscious follow up of the health and well being of your pet, see the action that these medicines have on them, such as cat antibiotics side effects in which diseases are treated etc.

Considered one of the most used and efficient medicines in veterinary medicine, the antibiotic is indicated for the treatment of internal or external infections of bacterial origin.

They can also be used to prevent disease and to treat secondary infections from other serious illnesses or from various other causes. The natural antibiotics for cats can be used as the best.

Still certain types of antibiotics like doxycycline and metronidazole contain anti-inflammatory properties making them to be used at different times and for different purposes.

Side Effects of Antibiotics

As with several other remedies, there are a number of side effects that can be caused in your cat when it is treated. Among the most common are gastrointestinal problems such as cat vomiting and cat diarrhea. But lack of appetite and decreased normal activities are also part of the downside of using antibiotics for felines. 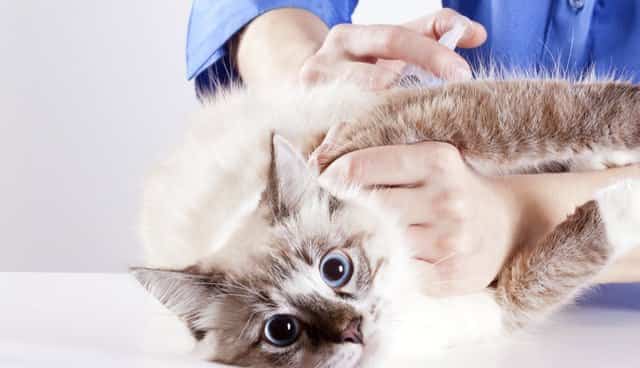 However these reactions can be caused by reasons other than medication, so it is important to always inform the veterinarian about the expected effects of the treatment and keep an eye out to make sure these symptoms do not indicate a worsening of the disease.

Diseases that can be Treated with Antibiotics

Lower Urinary Tract Disease in Felines (DTUIF) can be caused by several factors, such as age, stress level, lack of a balanced diet and genetic predisposition. The use of the appropriate antibiotic, combined with the constant replacement of fluids is the most recommended treatment.

Even inadequate food can cause liver disease in cats, leading to vomiting, dehydration, anorexia, fever and intestinal derangement in extreme cases it can lead to blindness and seizures. In addition to the medicine, appetite stimulants can also be of great help. 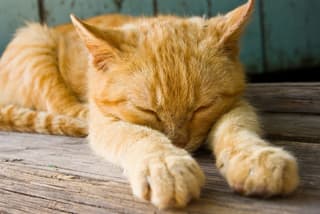 Hosts of worms and parasites, such as cat fleas can contaminate felines with verminoses and intestinal parasites that cause increased abdominal volume and diarrhea. In the worst cases, there is obstruction of organs such as heart, stomach and intestines of the bugs. In addition to the proper remedies given to the animal it is also important to perform a vermifugation.

The disease is transmitted by cellular parasites such as haemofelis and haemominutum and one of its main symptoms is cat anemia, in addition to loss of appetite, increased body temperature and apathy. In addition to antibiotics, the main modes of treatment involve the use of anti-anemia drugs, blood transfusions and steroids.

Highly contagious, calicivirus is a dangerous infection that affects the respiratory tract of cats. In addition to causing conjunctivitis, rhinitis, depression and anorexia, it facilitates the entry of several secondary infections.

“Cat flu” as it is most commonly known, has symptoms similar to those of a common cold, such as coughing, sneezing, fever, poor appetite and even conjunctivitis and ulcers in the mouth region. Complications can lead to pneumonia and be fatal to the worm. The drugs used in this case are to control the onset of other diseases and the proliferation of fungi, viruses and bacteria in the respiratory tract.

It is important to remember once again, the importance of seeking medical help first of all and never to make use of any medication without approval from an area professional.

Among the most commonly used antibiotics for cats, we can find:

Ideal for the treatment of “tick diseases” and respiratory, dermatological, intestinal, gastrointestinal and joint infections.

Used to treat diseases like Feline Giardiasis, in addition to combating periodontal problems such as gingivitis.

Indicated for infections of bones, skin and the oral region, besides being well to treat infected wounds.

The antibiotics for cats dosage can be given to a cat under the consultation of the veterinarian. These antibiotics are not so harmful and the diseases for the cats can be cured very easily. For more information about he cats health simply visit our catsfud website.