Are you a pet lover do you have a curiosity to know are all orange cats male. Many of the people say that the orange tabby cats are usually male cats. Is it right? If you want to know about these male cats then you must see our article and know more about the cats and their genetics.

The tricolored cats usually have three colors, orange, black and white among its various derivations. The cause of this is genetics. Many fans of the pussy world wonder why female felines are the only ones that can be tricolor and why orange cats are usually male. 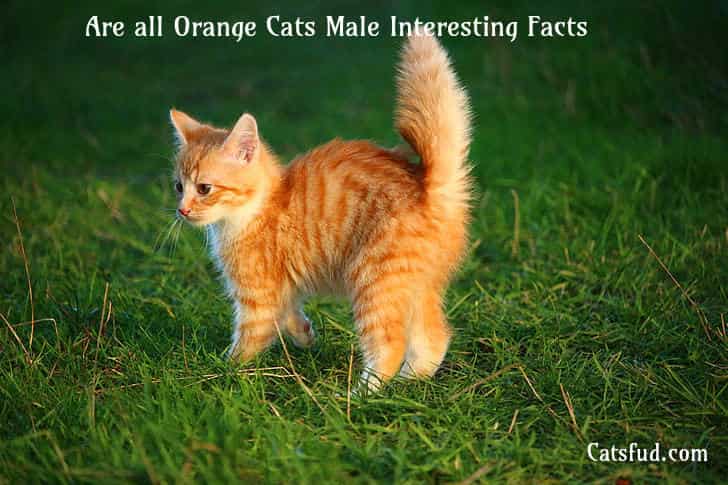 For a cat to be considered tricolor, it has to present a combination of three different colors: orange, or its derivations in cinnamon, beige, cream etc, black, which can vary to blue, gray, chocolate, etc and white, which is the absence of color. These are the basic colors of the cat. In this many of them say that the calico cat are of females and orange cats are of male.

Cats have two sex chromosomes, defined as X (female) and Y (male). Father cat and mother cat each contribute with a sexual chromosome that conditions the color and other attributes of the litter. In their genes, females produce only the X chromosome in their eggs and males have the ability to produce both X and Y in their sperm. 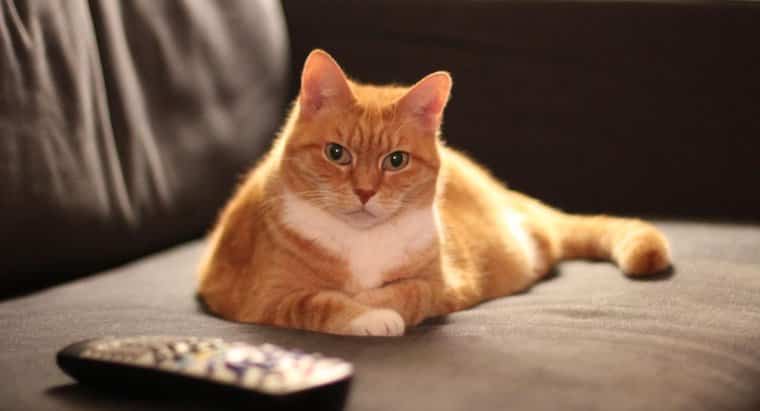 According to this who is going to decide the sex of the offspring is the male. If it contributes a Y chromosome it will be male and if it contributes an X chromosome it will be female. Also the genetic load of the cats is divided. In this way, when the genes of the mother are united with those of the father, multiple possible combinations arise that give rise to non-identical cats in the same litter.

Why are Orange Cats Usually Male

The gene in the orange cats has the denomination of O (orange). The gene that causes this type of orange coloration of the coat is only found on the X chromosome (the female). According to these genetic combinations, a male cat could be orange tones, and in fact it is frequent but not tricolor. It is said that one in 3,000 tri-color cats will be male.

In many environments different legends have proliferated that are associated with the tricolor fur giving good luck.

A legend says that in Buddhist temples there were monks who could not agree. After 3 days of meditation, they found a tricolor cat with its young at the door like a hypoallergenic cats. The joy that this discovery produced them was such that for a time they smoothed out their asperities. From there they concluded that the black and white of the cat was like ying and yang, and the orange color was like that of the earth nature. In this way, only the woman creator of life, will be the bearer of this combination of colors.

There are cases of Japanese sailors who used to wear tricolor cats on their boats in order to chase away storms and evil spirits.

This type of cat is one of the oldest and most common manifestations within felines. Today there are many breeds that we can admire, which include among their individuals orange and tabby cat specimens. The beautiful fur they offer is due to some peculiar genes. 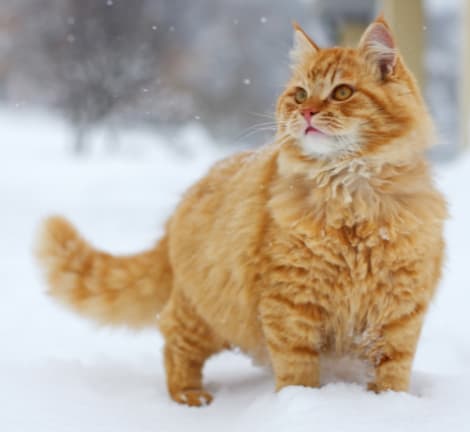 The tabby cat’s hair is characterized by having different levels of pigmentation along its entire length. In the cases in which the agouti gene is combined with the other genes that determine the color of the mantle of the hair, the variations of color of these are produced, being able to find brindle, orange, brown.

Regarding the differences in behavior between tabby cats, they will be found according to each breed you can name a kitten by these tabby cat names. The lovers of the Tabby race affirm that they are happy, very sensitive and easy to handle.

With this you will have an idea whether are all orange cats male. This mainly depends on the chromosomes. If you want to know more information about these cats then simply see our CatsFud website.