Hybrid cats are animals that are gaining popularity. All of us who like cats will surely enjoy watching documentaries about them and who can afford it, acquire a cross between wild and domestic species. Of all them ashera cat is one of the most beloved. He is calm, good-natured and very affectionate. In addition although it can measure a meter and a half high, it has a maximum weight of up to 14kg so it is quite simple to treat it. You can know how to care for an ashera cat from us

The ashera is a cat that descends from the Asian leopard, the African serval and the common cat that was developed at the beginning of this century by the Lifestyle Pets laboratory. And it is there in that laboratory, where you can acquire it, since it is a sterile feline. Its price can easily be around 100,000$ so it is undoubtedly an exclusive breed. 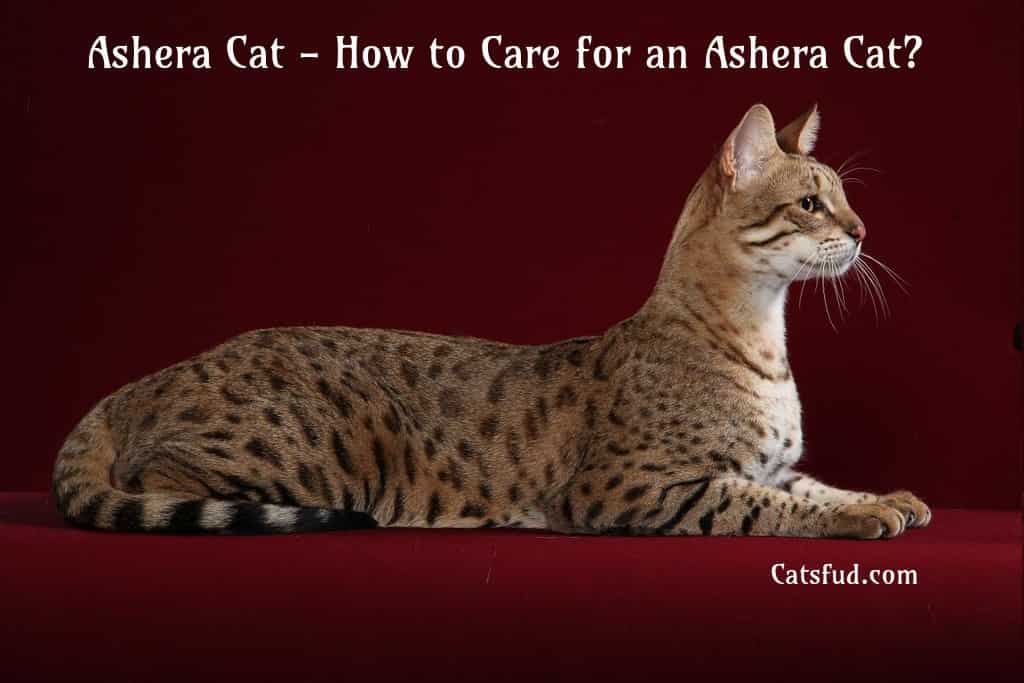 If we talk about their care we will really have to take care of it like any other cat. This means that you will need quality food (without cereals) in order to have an excellent development and good health and it will be very necessary to devote as much time as possible, because you need to keep yourself entertained to be happy.

Characteristics of the Cat Ashera

The Ashera Cat in essence has the same characteristics as the Savannah Cat. A robust, muscular, short-haired cat with spots like those of a leopard which are felines larger than a common domestic cat. It is an excellent hunter, the agility and texture are inheritance of Wild Cats that have been part of the crosses with domestic cats to create the breed. The legs are long and strong, ears well above his head always attentive, large eyes almond green or honey, long tail and ringed. The appearance of an ashera is somewhat intimidating because of its wild appearance but the truth is that they are cats with good character.

Most Expensive Cat in The World

The bearing of this breed, make it a very exotic cat. Its popularity has grown in recent years. This feline to beat the price record, in the case of expensive cats is concerned. Their breeders have been responsible for advertising the Ashera Cat as the most exclusive breed in the world like a munchkin cat, according to the company that breeds them, there are 100 copies of this type every year, which has aroused the furor in all social networks and especially in some eccentric millionaires, who are willing to pay any sum of money, just to be in the exclusive group of forks of a Cat Ashera. 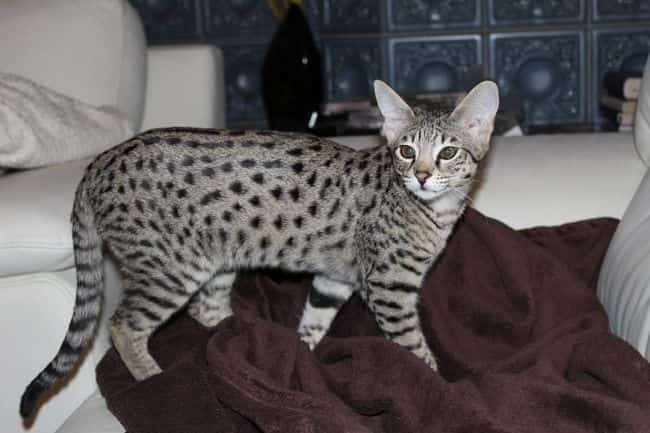 How Much is an Ashera Cat Worth? Price

This cat has a very high price, in the United States a copy can be worth around 22 thousand dollars. But there are some Ashera cats that have exceeded 100 thousand dollars. Quite a fortune the value of this cute kitten.

The Ashera is one of the largest breeds of cats that exist, an adult male can reach 1.50 meters in height and exceed 15 kilos in weight. You can know more about the cat weight chart by age which is applicable for any cats.

The issue of the reproduction of the Ashera cat is a matter of controversy, as it is well known that this breed was developed exclusively for commercial purposes. The Lifestyle Pets company, which is supposed to be the creator and marketer of the breed affirms that the only way of reproduction of the Ashera Cat is through genetic manipulation and that the resulting specimens are born sterile, making it impossible for them to reproduce naturally. Thus the only way to have a kitten of this breed is through the aforementioned company, which considerably increases its value. 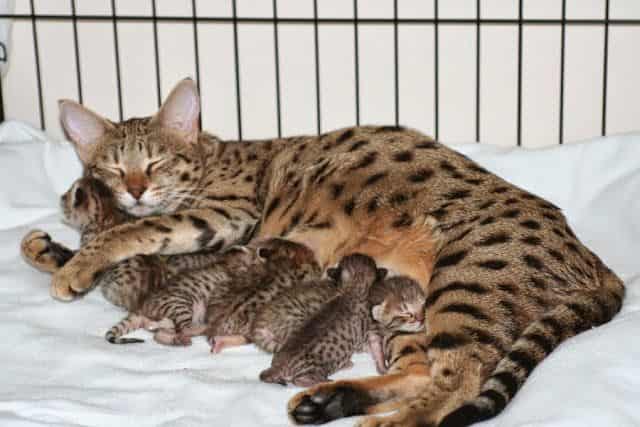 Is Cat Ashera a fraud?

There is a great controversy surrounding this race. After the Lifestyle Pets company supposedly the creator of this race. I made a great campaign, promoting a unique hybrid, created from the cross between a domestic cat, an Asian leopard and the African serval. What apparently never was true, by means of DNA tests it was possible to conclude that the new and expensive race Ashera were Savannah cats that by means of false advertising they had doubled the price. You can more about the angora cat from us too.

Cris Shrink, a cat breeder Savannah was the one who discovered the fraud. In 2008 he claimed that several of the cats he had sold. They had been re-marketed with false documentation, passing them through Ashera cats with very high prices. As a result of the accusations, three puppies were seized, which were to be exported as Ashera cats. But through DNA tests it was proven that they were Savannah kittens raised by Mr. Cris Shrink.

After several scandals like this Simon Brodie, founder of Lifestyle Pets, marketer of the Ashera cats. He decided to close the company, although his website is still active. Now he touts and sells a cat that claims to be hypoallergenic. But in reality it does not have any scientific support to corroborate the race.

Other Similar Articles On Cats

With this you will have an idea about the cat ashera and its characteristics. If you have this cat breed then you must know how to take care of it which is given in this article. You can get more information about the cats from our Catsfud website. Share the article you know more about these cats.