The black cat is unique for many reasons. It is possibly the cat that is least adopted because of its color, but also for other reasons some of which are difficult to understand some of the black cat with green eyes looks so different. We are going to tell you about the history and curiosities about them and I am sure that when you finish reading you will know how special they are and that like any other cat it deserves to have an opportunity.

From Catsfud our special tribute to them black cats and especially our little Bimba, a cat of the most peculiar and special. Every one should know the black cat facts and their origin too. Most of the cats looks a cute black cat and they are different too. There are different types of black cats you can have a look at them from below. 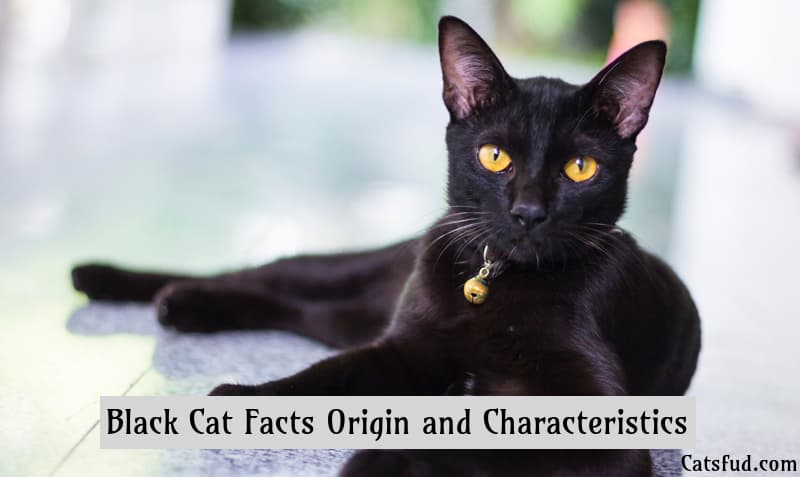 Some of the people assumes that big black cats are very bad luck and they don’t even see these cats. If you want to know why are black cats bad luck then you can see below and give a decision whether it is a superstitious belief or a its real origin.

Cats were considered “doodads” in ancient Mexico and Egypt. There are studies that show the presence of black cats in those times in circles of power being venerated and respected animals with special privileges. In the case of the ancient Egyptian empire they were considered the reincarnation of the god. Later they were considered manifestations of the goddess Bastet and therefore represented protection and harmony in temples and homes. They were protected and cared. 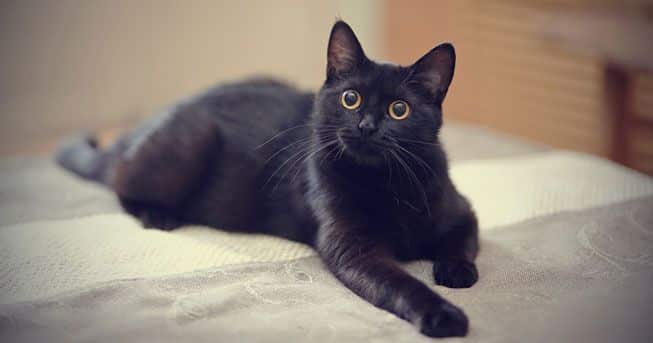 The pagan cults of the fifteenth century resurfaced the figure of the cat and especially the black in their rituals which would begin to show a first negative view of them. They began to be seen as servants and spies of the dark world and visitors of evil on earth and bearers of bad omens with snake eyes in a society governed by fears, omens and superstitions. All this contributed to increase hatred and fear towards the black cat to whom the years of persecution and extermination awaited him.

The black cat is cunning sometimes elusive, active, awake and very observant. If you are lucky enough to live with one of them surely you recognize these skills in him. These qualities surely are vestiges of those that were saved in the last times of the XIV century when the population of black cats was persecuted and decimated in many parts of the world by nefarious beliefs and associations with black magic or witchcraft. Many of them were killed and burned as a sign of Catholic or Protestant heresy. We speak mainly in continental Europe although there were also cases in North America. As a curiosity the black cats who had some white hair in their fur like munchkin cat were pardoned because they were considered to be saved and “touched” by the deity and free from “sin”.

During the seventeenth century the vision of black cats began to change when one began to understand that diseases were not the result of witchcraft or divine punishments but of bacteria or viruses. At this time the first laws are issued which prevents them from being persecuted and they begin to recover their battered reputation. In some populations they were prohibited from entering homes and in general they were still associated with obscure cults. 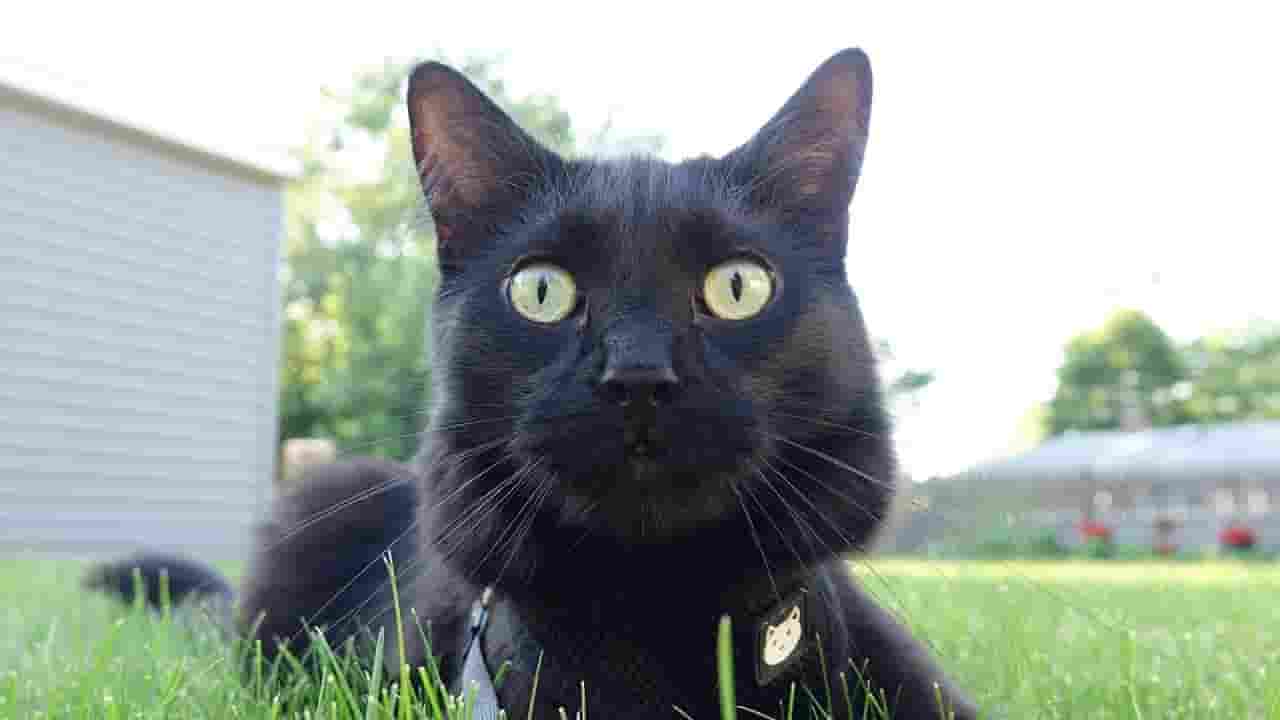 The image of the cat in general is as a companion animal that cares for crops and grains, rodents and prevents diseases that changes the perception of it and begins to be accepted more globally. At the time of the Renaissance it will help a new artistic vision and the acceptance of the black cat thanks especially to the romantic movement of the 19th century appearing already in painting, literature, music and other arts and making his vision of the past change although today prejudice towards them can still remain in today’s society.

When they Trust Someone they give Everything

The black cat it is possible that it can have a more temperamental or nervous character and in certain occasions it may take longer to gain their trust but once this barrier is overcome, it can be said that they are one of the most affectionate and close cats like a tabby cat that can have. Will be attentive to you at all times and also have a special sensitivity to know if something happens to you. He will not hesitate to keep you company when he feels that you need him.

Black Cats are they Really Black

Well, no and it can be said that except rare exception no cat is completely black. They can have a very dark coppery color in sunlight even small white tufts in some area of ​​their body these are halloween black cat. Over the years middle-aged cats may have gray hair on their fur as well as humans something that will be accentuated with old age. 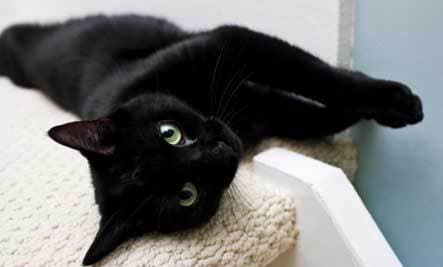 Curiosities of the Black Cat

As a curiosity in Scotland seeing a black cat on a porch, means that your life will change for the better and that a promising future awaits you in all aspects or in England where the fishermen of year always navigated with them on board because it gave him good fishing and a better voyage. In Great Britain and Japan black cats are seen as a sign of good luck. The black cat personality is in fact a luck for them.

And is that the black cat, as it could not be less has a designated day in the calendar and this is August 17 . If you have a black cat do not hesitate to celebrate this day and if not what are you waiting for to adopt a little penetrate and fill your life with joy and purr?. This day is celebrated to remind us that the black cat is also a very special cat and that it deserves an opportunity.

The two known black cats are the European or Roman common cat and the Bombay cat.  The first ones are elegant, medium-sized and agile. They are cats that do not tend to gain weight in the domestic environment. It seems that feral cats of this breed are less aggressive than other cats and avoid fights with their peers.

The origin of the Bombay cat goes back to 1950. In Kentucky there is a breeder named Nikki Horner, who came across this breed looking for a “panther” cat, with a muscular body and calm character. To do this he crossed American shorthair cats, black cats with the bursa marta.

There are also black cats of different breeds and there are cases in Exotic cats, Maine Coon cat and Sphynx cat.

Not much more to say. The best way to discover this wonderful cat is giving them a chance. All cats deserve it but do not discriminate against color, beliefs, fashions and races. Let’s give the black cat the place they deserve and that they should never have lost throughout history, a place in our hearts. And you are lucky to live with a black cat, these fluffy black cat are good to stay with us. If you want to know more information about cats then visit our catsfud website.