Blue Eyed Cats: Cats can have eyes of very varied colors and of varying intensity emerald green, copper orange, yellow amber etc. However among all of them there is one that stands out the color blue. In most cases this feature is due to perfectly determined genetic patterns so if you want to make sure your cat has blue eyes you must know them.

Thus it is contrasted that all “Siamese” colored cats have blue eyes. Other cats that may have blue eyes although in this case is not insured are those with white hair. A curiosity of white cats is that they can not only have blue eyes but they can have two eyes of another color (orange or green for example) and one eye of each color, that is one eye of blue color and the other of a different color. 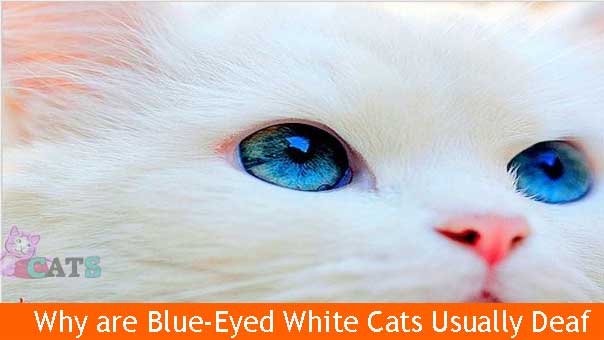 Apart also the cats with the pattern go which consists of the whole body are white except the tail and small spots on the head (which can be any color) these may have blue eyes or one of each color although it is not the most usual.

The other group of cats that have blue eyes that has formed their own race called Blue Eyes as well in Spanish in all countries of the world. Its most outstanding quality is that they have the mantle color they have their eye color is always blue.

You May Also Know: Difference Between Albino Cat and White Cat

If you like feline breeds and you want to know which ones have blue eyes we should start with the Siamese but there are also the Balinese, the Ragdoll and the Sacred of Burma to name just a few. Also there are the “Siamese” versions of other races like in the Persian or the Siberian.

If you are the owner of a blue-eyed cat and his hair color is white it is easy to not hear you when you call him because he is deaf. Deafness although traditionally believed to be linked to the blue color of the eyes is actually linked to the white color of the hair. Hear or not they’ll be incredibly pretty cats like everyone else because who knows an ugly cat?

What Types of Cats have Blue Eyes?

The eyes of cats are usually yellow or green. The cats of race usually have eyes of intense green color or copper. Although there is no specific gene that determines the color of the eyes in cats those with certain genes that define the color of their coat are more likely to have blue eyes. 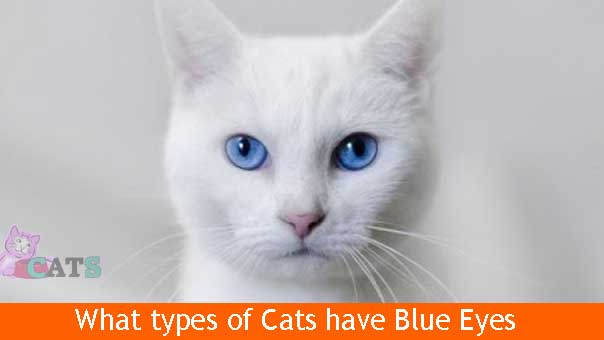 Read Also: How Do You Treat Ear Mites in Cats

Cats with Coloring on the tips

Cats with light hair on the body and with legs, face and tail of a darker color are called cats with “pointed color scheme”. These cats always have blue eyes. Siamese cats always have this color scheme and are the only breed that will always have blue eyes. Within this race there are variations in the coloration of the eyes. For example the eyes of the seal point siamese (dark brown siamese) can be of a deep blue hue while the lilac point siamese (light gray siamese) is usually a paler blue and grayish.

Disorders of Cats with Blue Eyes

Cats with blue eyes can sometimes have visual or auditory deficiencies. A study from Vanderbilt University found that Siamese cats generally have a less clear vision than other cats this corresponds to low levels of pigmentation in the color of their eyes. For this reason the Siamese cats tend to be less active at night. Cats with the dominant white or white spots gene may suffer from genetic deafness. In a cat with the white spot gene the deafness usually occurs in the ear affected by the spot. For this reason a cat with odd eyes can be deaf from the ear that is on the side of the blue eye.

White cats have always aroused curiosity in humans. The white color is very striking in full light giving these felines a resplendent appearance. 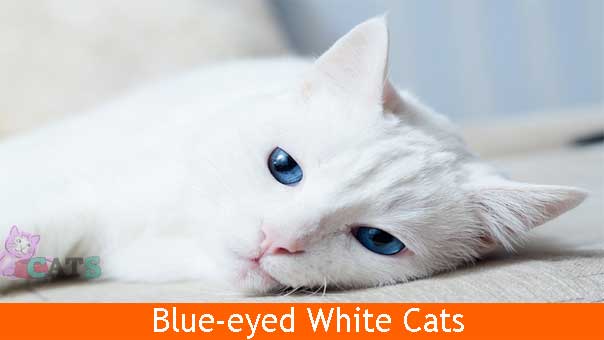 However as in the rest of its members in albino cats there are circumstances that do not seem to be related as in the case of deafness. Therefore we invite you to continue reading so you can discover the reasons for this strange condition.

Not all white Cats are Deaf

First of all it can be said that not all white cats are deaf but they are more likely to be deaf since they carry the so-called gene W (White, of white in English) especially those that have one eye of each color or blue eyes.

White color of the coat occurs in cats in the following three ways:

The cats that are more prone to suffer deafness are those of the third type cats with the dominant gene W since it camouflages its true color.

Other Similar Articles To Check: