Cat Noises: Have you ever wondered how many sounds your cat can make? Experts say they can be more than 100! In this article, you will find the description of the most frequent ones and their meaning. So the next time your cat “says something” you can understand it better.

You May Also Know: How to Stop a Kitten From Biting 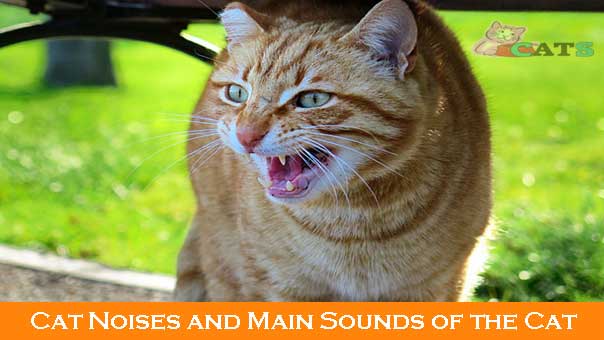 Cats and people can become very similar, but perhaps we have not given them the necessary time to know them better and realize that.

The sound par excellence of cats so much that in ancient Egypt “Miu” meant “cat”. It is a sound that can last from a fraction of a second to several seconds and that the cats emit by opening their mouths and closing them gradually. In some cases, the meow can start or end with another sound like a trill or a growl. 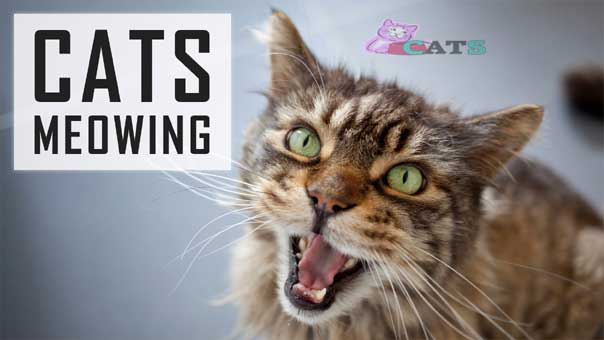 It does not have a strict sense. It serves rather draw attention to some aspect of the environment through which the person can interpret the cat’s message. A meow near a closed door could indicate that the cat wants to leave and one near the empty feeder that the cat is hungry. It is believed that most meows are arbitrary sounds that each cat learns to use to communicate with the people around him, so that each house with a cat has its own dictionary of meows to get food, mimes, game, attention, etc.

Tips # 1 Did you know that adult cats mainly use meowing to communicate with people and practically never with other cats?

Despite not having a strict sense, the meows can transmit information about the emotional state of the cat and the urgency of “message”. In general, the more intense the emotion, the more intense the meowing. And in addition, in unpleasant situations for cats, such as receiving a brushing brusque or being in an unknown place or in the waiting room of the veterinarian, the cats emit long, guttural meows and more intense low-frequency sounds.

In contrast, when cats are in pleasant situations, such as before eating or while seeking physical contact with the owner, the meows are shorter, sharper and with an ascending intonation.

Read Also: My Cat Not Eating or Drinking

The cats perfectly understand the meaning of each of these distress calls and respond accordingly.

Tips # 3 Deaf cats do not hear their kittens’ distress calls and may not realize they are in danger. This is why they say they are not good mothers.

It is a low, rhythmic sound that the cat emits without opening its mouth. Kittens do so while they nurse, while adult cats do so in many pleasurable situations, for example during contact with another cat or with a person or while the cat is rubbing against an object or “kneading” a blanket. However, cats also purr in circumstances that can hardly be considered pleasurable, such as during veterinary visits, when they are sick or in pain, during childbirth, and even to the point of death.

Therefore it is more likely that the purr expresses an intense emotion, whether or not it is pleasant, and serves to stimulate attention and contact with another individual. In this sense, it has been compared to the human smile that can express happiness but also states of discomfort or pain, where the individual seeks the support of others.

It is a sound between the meow and the purr that is characterized by having an ascending tone and lasting less than a second. Cats do it without opening their mouths. It is part of the sounds that are exchanged mothers and kittens, but also adult cats can use it to direct a friendly greeting to other cats or people. 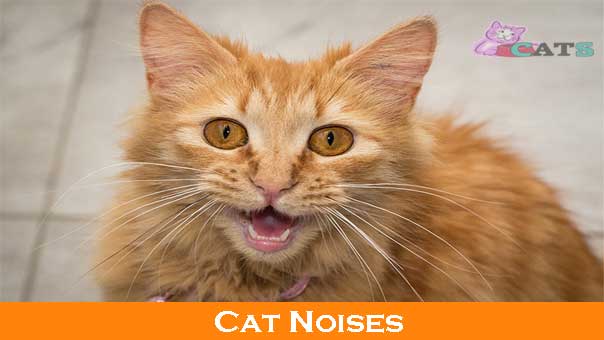 Both male and female cats when “hormones call” emit a kind of intense and prolonged lament to attract a partner. The males also do it to warn the other males of their presence. These sexual calls are often the reason why many owners decide to sterilize their pet.

A cat that tries to defend itself and threaten can open its mouth completely and expel air suddenly. The result is a kind of whistle that lasts almost a second and is called snorting. With less than 3 weeks of life the kittens already know how to do it! When the emission of air lasts only a small fraction of a second, the resulting sound is a short spit or snort.

Checkout: Why Do Cats Sleep So Much?

They are sounds of threat that seem endless meows. They are characterized by being sharp and have a very high volume. Such intense threats serve to prevent a direct fight between cats.

It is a threatening low-pitched sound, which can last from a fraction of a second to several seconds.

Scream or scream of pain (Scream)

It is a very sharp and sudden sound, of very high volume, that the cats emit when they get hurt. It is the squeak that also signals the end of mating.

It’s a hard sound to describe but impossible to forget once you’ve heard it. It is a sequence of sharp sounds that the cat emits while the jaw trembles. The typical situation in which the cat makes this sound is when it is staring at prey and there is a barrier in the middle. Indicates a state of strong excitement and possibly frustration for not being able to reach it.