If you are looking for an elegant and distinguished cute cat names, this section is for you. In this list we have compiled the most beautiful cat names, those that sound better and evoke pleasant, strong, mythical or wild things.

Choosing names for cute and original male cats can become a difficult task. Therefore, if you recently welcomed a kitten in your home and want to name it, in this article we share with you almost 400 ideas. Sure you like them! 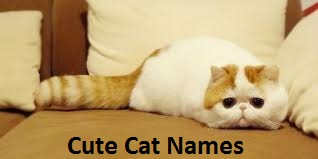 Today I bring you a list of the best cat names to choose the one you like, or to find new ideas from them. As you can see, you can choose between famous nicknames that appeared in films, Egyptian and mythological, funny … With which one will you stay?

The importance of choosing an appropriate cute name for cats:

Although cats are quite independent animals, they have the ability to remember orders and words, so it is essential to take the task of choosing the perfect name calmly.

Typically, it takes about 1-2 weeks to learn what they are called. But in order to relate the name to themselves, you should take into account the following tips:

The Best Cat Names From Movies:

Some people prefer to take as a reference a famous cat or that has appeared in a movie, either real or as a cartoon. This says a lot about the master, since he is giving him a name with a special meaning for him. Below you have a list with the most striking. 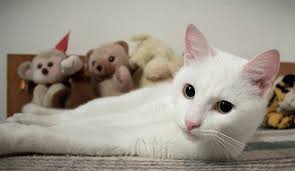 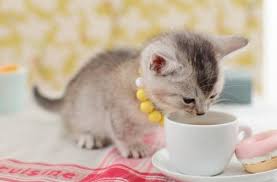 Look at these Egyptian and Mythological Names For Your Pussycat:

If you are adept at Egyptian mythology, it is a good base to finish deciding, since the names of Egyptian gods, as well as their feline pets, are beautiful and have a certain mystery that makes them, if possible, more interesting for your kitten. . Below you have several options. 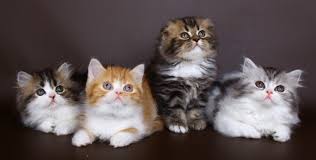 Amon He is the greatest of all the gods of Egypt. It is who endows their villages with fertile land to grow their food, vigor and prosperity.

Ra. Another great god of Egyptian mythology. This name represents the sun, who gives us energy, who holds the truth inside. Give majesty to your cat by calling him Ra, especially if he is from a powerful race or if he has an awesome personality.

Anubis This mythological being was half man, half jackal. It is responsible for preserving the dead, protecting them and governing them in their world. This name is appropriate especially for black cats.

Menus Unlike Ra, Menus (or Min), is the Egyptian god of the Moon. They also called him the supreme head of heaven. Call a white cat like this and you will endow it with a superior spiritual force.

Tutankhamun was one of the most notorious pharaohs of the ancient populations of Egypt.

So, these are the cute cat names. From here you can choose your favorite. Thank you for visiting our site.