Here the top Dangerous Foods for Cats, Recent studies of dietary practices show that more than 80% of dog and cat owners give treats to their mates and that more than a third gives a mixed diet consisting of croquettes and/or patties and household ingredients like meat, fish, vegetables, fruits or dairy products.

If cats can be described as more difficult than dogs, they are nevertheless lovers of many foods that we consume every day and which can nevertheless be toxic or very dangerous to their health. The cat is indeed a strict carnivore with a metabolism very different from ours. 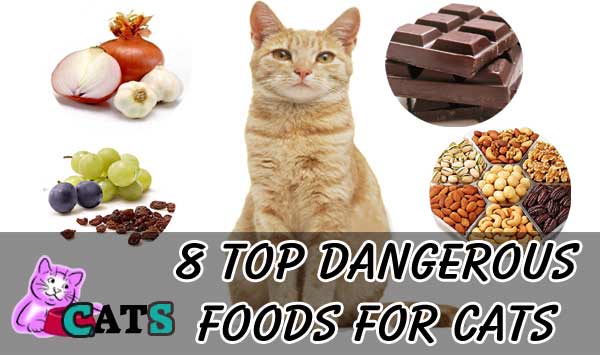 Here are the main Dangerous Foods for Cats: 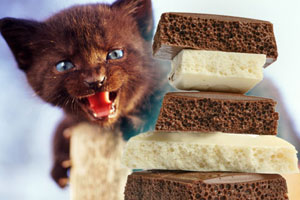 The cocoa that contains theobromine is very toxic or even deadly for both the cat and the dog. The higher the chocolate is in cocoa, the more black it is, the more likely it is to be toxic to the cat in very small doses. The average toxic dose of theobromine is 300 mg/kg body weight, so it is considered that a quantity of the order of 50 grams of dark chocolate can be deadly for a cat. The most classic signs appearing in the hours following the consumption of chocolate: 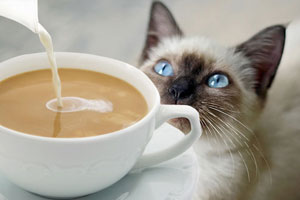 Caffeine is also very toxic and dangerous for the cat so all drinks containing it (coffee, tea, soda etc.) are strongly discouraged. The average toxic dose is 8 teaspoons for a cat. The clinical signs following ingestion of caffeine resemble those of chocolate poisoning: 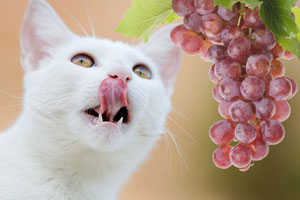 All grapes, fresh and dry, are dangerous for the cat. The mechanism of this toxicity is not known but is the cause of acute renal failure that develops within 2-3 days of ingestion and can be fatal.

This intoxication is more reported in dogs where the indicated toxic dose is between 10 and 50 grams per kg of body weight. Digestive symptoms appear within hours of eating grapes, especially vomiting and marked nausea. 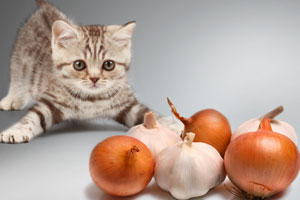 Whether raw or cooked, garlic and especially onions contain sulfur compounds highly toxic to the cat causing the destruction of its red blood cells (hemolysis). The toxic dose used for the dog is 5 to 10 g of onions per kg of body weight and the cat is even more sensitive.

One of the peculiarities of this intoxication is that it can appear several days after ingestion, with a progressive implementation of clinical signs: fatigue, digestive disorders (vomiting, diarrhea) and/or respiratory, anemia and dark or brown coloring urine (the most typical sign for hemolysis).

Note that small pots for babies often contain onions and must be kept away from cats. 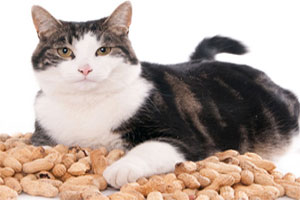 All nuts are not recommended in cats because they are too rich in phosphorus. Real intoxications are reported, especially in the United States, with Macadamia nuts. Their consumption leads to tachycardia, hyperthermia, and weakness.

The flesh of these fruits is generally not toxic but their seeds and nuclei present significant risks and are therefore considered dangerous for cats. In addition to that of obstruction with large nuclei, seeds, and almonds contained in the stones of many fruits (apples, pears, grapes, apricots, cherries, peaches …)

Contain a substance derived from cyanide and can strongly intoxicate cats: the cyanogenic glycoside. Clinical signs may appear following consumption or chewing of seeds or kernel almonds: vomiting, diarrhea, tachycardia.

The raw potato contains solanine which is toxic to the digestive tract and the nervous system. The cat is rarely fond of potatoes that are not cooked and therefore the toxic dose is not well known for this species.

In the dog, it retains 30 grams of raw potatoes per kg of body weight. Signs of intoxication are mainly digestive (vomiting, constipation / black diarrhea) and nervous (tremor, loss of balance, hypothermia).

This intoxication is rarely reported in cats who do not often like the taste of avocado. The whole plant is toxic (leaf, fruit, seeds) because it contains persin causing cardiovascular disorders (edema, effusions …) and digestive (mainly vomiting).

What to do in case of intoxication of your cat?

The intoxications with these foods are real veterinary emergencies. The prognosis is related to the amount consumed and even if there is no specific antidote, palliative treatments must be given very quickly. The effectiveness of management is closely linked to its speed of implementation after intoxication because spent a few hours, some treatments are no longer feasible (emetics in particular).

And the milk? Good or not for the cat?

It is sometimes said that milk is dangerous in an adult cat. In fact, as in humans or dogs, some cats will have diarrhea when they consume milk simply because they have lost their ability to digest lactose.

In the young breastfed, the lactases, enzymes ensuring this digestion, are active and growing, the lactases diminish little by little until disappearing in some. The milk is not toxic to the cat but some will not tolerate it well at the digestive level and it is wiser not to give them.

Some people may be allergic to dairy products (milk, cheese, yogurt …), which is quite rare in cats. The latter cause digestive disorders (diarrhea or even vomiting) or skin (itching, redness, ear infections …)

Foods to limit for your cat: 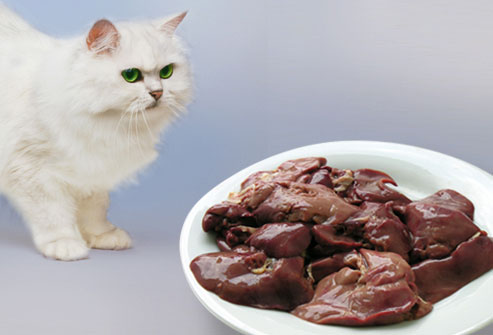 The liver, like liver oil (fish, cod …), is very rich in vitamin A and D, which if essential in cats, can be toxic in excess. The liver should, therefore, be given occasionally and in limited quantities to avoid a very toxic hyper vitaminosis. Also beware of confusions between fish oil, which can be recommended daily for its intake of essential fatty acids Omega-3 EPA and DHA and cod liver oil, which does not have the same composition.

Clinical signs of hyper vitaminosis A: 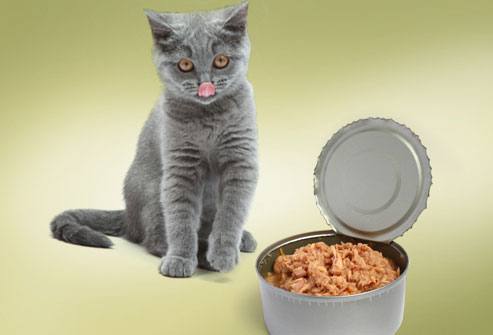 Canned tuna is often criticized for its salt content but the real risk with this fish is that it accumulates a lot of mercury since it is located at the top of the food chain and feeds itself on others. Pisces. Without being harmful to the cat in the same way as the other foods described above, excessive consumption of mercury can lead to brain and kidney damage in animals as well as fetal malformations. It should, therefore, give in moderate amounts, no more than 25 grams a day, and no more than once a week.

There are cats who appreciate vegetables but some are only given in small quantities and only occasionally:

Garlic, onion, and leek were previously classified in the family Liliaceae. Generally bulbous plants, of which lily, lily of the valley or narcissus belong. These plants are extremely toxic to the cat. Which can be attracted by the cat and chew some flowers or pollen. The mechanism of toxicity is poorly known. But the main clinical sign in cats is an acute renal failure, which can be fatal. Visit Catsfud for more information.