Don sphynx or Donskoy cat seems to be grumpy but is sociable and playful. The appearance of Don Sphynx cat does not do justice to his behavior. They are showy cats, especially for their baldness. But it is that same characteristic that usually creates an erroneous image of what it really means to share with this species.

Donskoy (also known as Don Sphinx or Don Hairless cat) is a breed that originated in 1987 in the town of Rostov-on-Don, Russia in 1987. Elena Kovaleva, a teacher at the State Pedagogical Institute, found children mistreating a kitten. She rescued the animal and took it home. Elena called her Varvara. 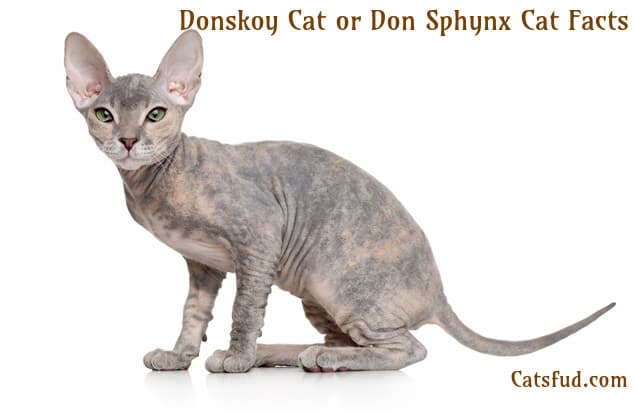 Don Sphynx looks grumpy, but he is not. On the contrary, it highlights his sociable and playful behavior both with humans and with other animals. The energy of this pet is impressive. If you like exotic and friendly pets, venture to have one of these cats. You know more information about these donskoy cats from us.

Russia is the country of origin of Don Sphynx cat which is a breed of the sphynx cat. It was in 1987 when the first cat of this species was found in Rostov. The cat breeder Elena Kovaleva had it. At first it was believed that the animal suffered from some disease, due to the lack of fur. Then after several studies, it was learned that Don Sphynx also known as Donskoy cat, owes his baldness to a dominant character mutation.

It was Irina Menykina, from the Mitu hatchery who dedicated herself to choosing specimens of these cats, to create the cat breed that later strengthened its phenotype, expanding in Russian cities such as St. Petersburg or Moscow. Subsequently throughout the country. 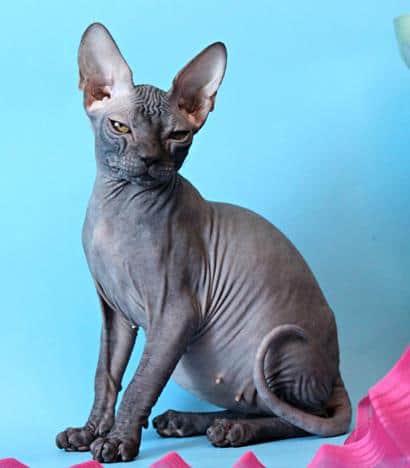 The World Cat Federation (WCF) and The International Cat Association (TICA) officially admitted this feline breed in 1997 and 2005 respectively.

Characteristics of the Cat Don Sphynx

The cat Don Sphynx loves to jump, play, chase balls and lie down on a piece of furniture and receive love from his masters. They usually adapt to family life and like to share especially with children. They have no problem in being in the same space with other types of pets.

Their energy makes them the center of attention. They are medium in size and the lack of fur makes them notice their muscular appearance. Don Sphynx’s tail is long and ends with a rounded tip know more about the cat tail meanings. The legs of these cats are quite developed and the fingers well elongated.

Although medium his eyes are expressive and almond shaped. The big and tall ears are a little leaning forward. Like the tail, they end with a rounded tip. The head is wedge-shaped and the cheekbones developed are wrinkled and flat forehead; strong chin, and broad nose but not large.

The breeders of this species prefer them without hair, evidencing a sufficiently wrinkled skin, but in case there is a variety of these cats, then the hairs do not exceed 2 millimeters. The colors that the Don Sphynx looks are varied.

Character and Behavior of Donskoy Race

The intelligence of this hairless feline amazes as much as his affectionate, kind and patient behavior. It is ideal for people who like active animals, because with them they will share quality time like a werewolf cat. They are the perfect companions for their docility and willingness to socialize even with other pets. 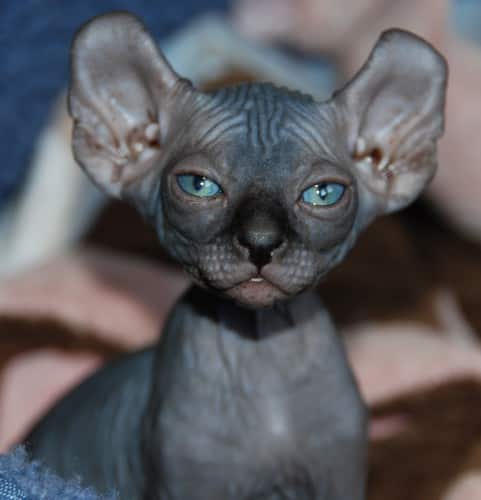 Don Sphynx loves to monopolize the attention and the truth is that beyond his appearance, it does not cost much, mainly for the attitude and the development.

Although their appearance is fragile, these cats are strong and healthy enough and their metabolism acts much faster than that of their peers, so it is advisable to provide supplementary food.

Certainly they are bald, yet they should regularly receive a brushing not brusque and you have to bathe them twice a month with a mild shampoo know more about how to give a cat a bath, so that your skin does not accumulate fat, they could be irritated. Hairless cats should not be exposed to much cold or so much sun, it is easy to suffer burns.

This race is expensive, in order to buy a don sphynx it is not so easy. Whoever wishes to acquire one will not pay less than 700 euros or 800$, even reach up to 1200.

Although there are advertisements on the web that offer offspring of the Don Sphynx assuring its purity, it is best to contact hatcheries dedicated to working only with this species.

Intelligent, kind and loving. Quite active and curious, he is always interested in what goes on around him like a white cat. Sociable, lives well with the whole family and other animals. He is a companion and attached to the owner. Learns easily and can be trained for basic commands such as a dog. Of balanced personality and with good humor, the Donskoy is affectionate, loyal and dedicated to its owners. 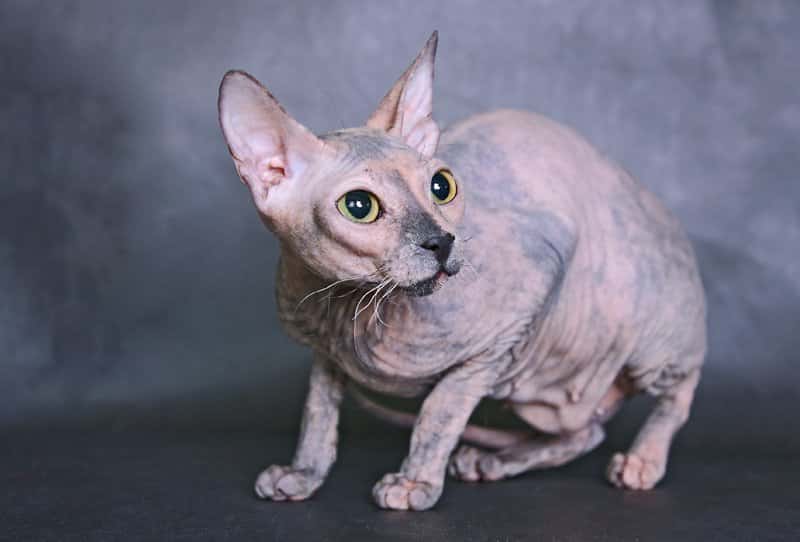 He likes to be part of the family activities, mainly to play and to enjoy. She has no problems with strangers, she actually sees them as friends. He always needs company whether it be his humans or other animals. It is considered an excellent pet. His body not having hair, is usually very warm and making the cat wonderful to hold and hug.

With this you will know about the don sphynx cat or the donskoy cat. If you are going to bring this pet to your home then this information will really help you a lot. Visit our catsfud website for more information on cats.