The feline hyperthyroidism that is hyperthyroidism in cats is one of those diseases that in most cases manages to go unnoticed, manifesting itself only when the cat’s health is seriously compromised.

It is a very common pathology especially in cats that have exceeded 7 years of age. In itself it is not deadly but it entails complications that put the cat’s life at risk, by attacking several of its vital organs. 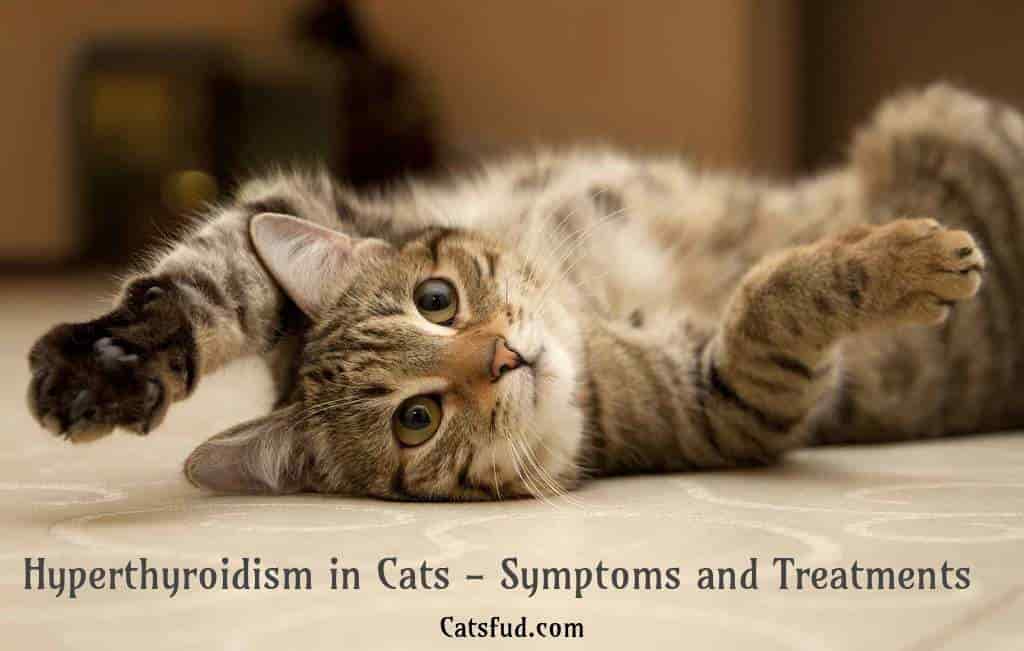 That is why we presents this article about feline hyperthyroidism, symptoms and treatment.

What is Feline Hyperthyroidism

It is a disease that has documentation only from 1970. This is common in older cats, especially in those over 10 years, being more frequent in the Siamese race.

It consists of an alteration of the organism due to the overproduction of the thyroid hormones (T3 and T4). Detected in time, there are high probabilities of control and improvement, but otherwise, the complications that accompany this excessive secretion of the hormone are deadly to the cat.

The main cause of hyperthyroidism is the increase in the production of thyroid hormone, both T3 and T4. This increase is due in most cases which is a disorder caused by a disease related to the thyroid lobes.

The cause is that as the size of the lobes grows, product of the disease the hormone begins to secrete greater amounts, affecting the balance of the whole organism.

Approximately in 10% of the affected felines the disease is caused by the presence of a carcinoma (carcinogenic mass), in which case the prognosis of improvement is reduced.

Symptoms of Hyperthyroidism in Cats

One of the problems of hyperthyroidism is that in most cases, there are no clear signs of disease, they begin to appear when the pathology has already advanced. This makes it necessary to remain attentive to any abnormality in the behavior and habits of your feline to detect this or any other illness in time. 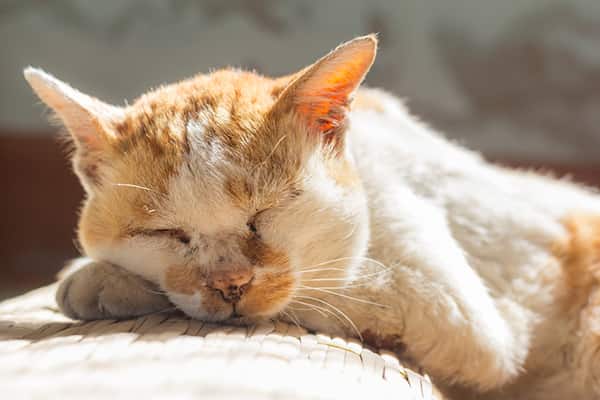 Usually the cat owner realizes that something is wrong when he notices that his partner eats the same or larger amounts of food, but shows an obvious weight loss.

This is accompanied by other alarming signs such as:

These symptoms do not appear suddenly or appear all together rather they are shown progressively, so if it is neglected it is possible that they are overlooked.

By increasing the secretion of the thyroid, kidney function is directly affected so a kidney failure is the greatest danger that runs putting the cat’s life at risk.

How is the Diagnosis Made?

In principle the transformation of size that the thyroid lobes suffer is usually noticeable just by feeling the cat’s neck. This is of course will not suffice to give a definitive diagnosis of hyperthyroidism nor will the absence of this sign mean that the feline does not suffer from the disease.

To be sure various medical tests are necessary. The most important of all is a complete blood test in which you can see not only the state of white blood cells and the health of the feline in general but also the levels of liver enzymes (essential to detect a kidney problem) .

In addition to this, an electrocardiogram is recommended to evaluate the possibility of a cardiac problem, such as arrhythmia and tachycardia.

Treatment of hyperthyroidism in cats

When the result of the studies shows a positive for feline hyperthyroidism, there are 3 types of recommended treatments. The choice of each depends not only on your country of residence as one of them is not available worldwide, but also the age, weight and health status of the cat, as well as the possibility of liver complications or cardiac:

With the radioactive iodine the tissue that has grown abnormally is removed, leaving the thyroid gland intact and reducing the secretion levels of the hormone. The treatment is administered subcutaneously and does not represent any risk. In addition less than 10% of patients require a second dose which is why it is highly effective.

Other Articles on Cat Diseases