The ragdoll cat race (rag doll) owes its name to the muscle relaxation that it acquires when you hold it in your arms. It is characterized by its quiet, homely and affectionate character, making it ideal for homes with children.

The ragdoll cat breed is characterized by its calm and very affectionate character. The ragdoll (rag doll, in English) owes its name to the muscle relaxation that they acquire when they are held in their arms. It stays “loose”. It is a very domestic animal that enjoys our company very much, so much so that it is able to follow us to the shower itself. So if we are thinking of expanding the family and there are children at home or elderly people then ragdoll kitten will be a great companion. 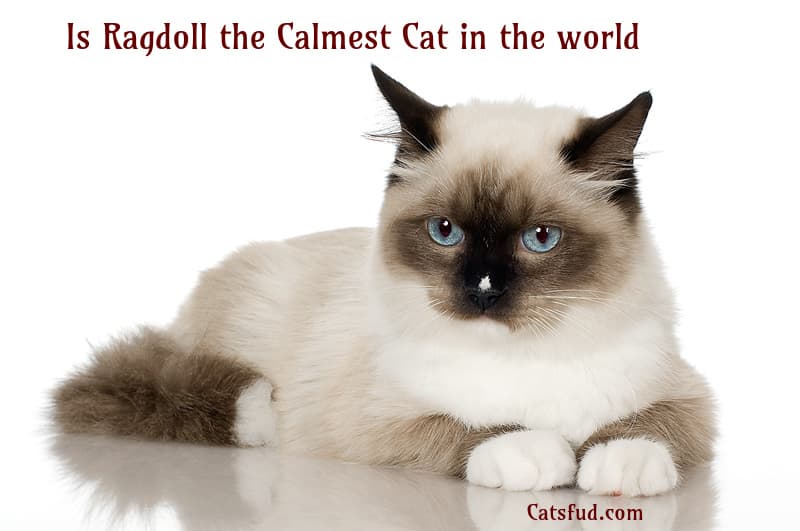 The ragdoll has a half life between 12 and 15 years and in general, is in good health and few problems at the genetic level, so with good care (food, exercise, check-ups and hygiene) this cat can have a life full and long. Physically it is a cat size large and very robust, muscular body, which can weigh in the case of females between three and five kilos medium and in males between five and a half and eight kilos.

It has a semi-long hair but its texture is not prone to knots, so it does not require excessive care in this regard. The color of its mantle is not defined until three years, which is when it reaches its full development and can be arranged in two or three colors along its body; being white, brown, chocolate and gray the most common colors for chromatic combinations. The ragdoll meets one of three patterns:

Behavior of the Ragdoll Cat

” Character quiet, affectionate and manageable “. With these three words defines Oscar Cortes Cardona, president of the Spanish Association of ragdoll and breeder in Unreal ragdoll, the ragdoll breed of cats, is a feline family that has become famous throughout the world for its relaxed nature and love for the company human. The latter reaches unsuspected limits, since the ragdoll is a cat that accompanies its caretaker everywhere, manifesting a huge need for his presence: “if you have a ragdoll you will surely not miss company at any time, since they usually follow you anywhere in the house, even sometimes even the shower itself, since many of them are very curious because of the water in motion, “explains Oscar. 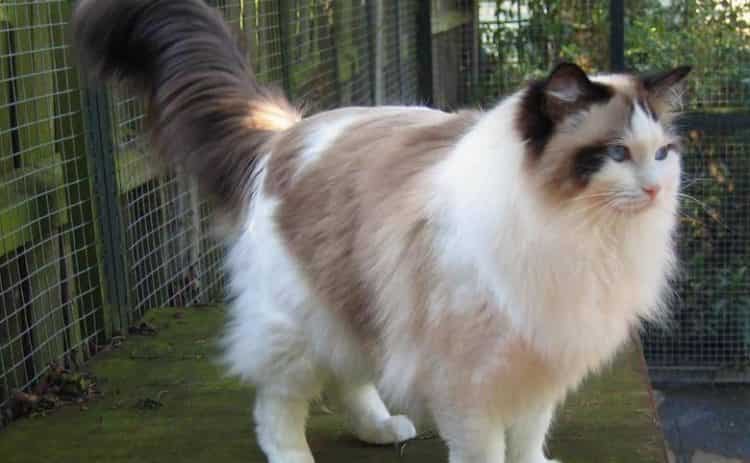 The origin of the ragdoll kitten is located in the United States in the 60’s, by the hand of Ann Backer, who obtained the first cats crossing her Angora cat with a Sacred Burma. As a curious fact related to this race, the president of the Ragdoll Association says that ” The Algonquin Hotel in New York has had a cat since 1923 that welcomes guests who come to the hotel and is currently a ragdoll kitten, the one that deals with this important task “.

Tips for buying a Ragdoll cat

Although adoption is always the most respectful option, both with animals and with society, explains that it is unlikely that we will find a ragdoll cat in a shelter center or animal collection, whenever we speak of responsible breeders. “Responsible breeders take care of the cats we deliver if the case may be that people who have it and can not take care of them, so they could hardly end up in a shelter” he says.

Cortes recommends that only a ragdoll cat be bought “from breeders who offer health guarantees and deliver the kittens properly vaccinated, wormed with pedigree and with a document that specifies what is delivered, what is guaranteed and what is committed the adopter.”

Salvador Cervantes licensed veterinarian and specialist in feline medicine, member of the Veterinarians Clinic, adds that it is also advisable to “require genetic tests of the puppy to the breeder, to avoid as far as possible the congenital diseases “.

Of course it is advisable to go to see the kittens ourselves to be able to make sure that the hatchery meets all the requirements of hygiene and legality, as well as being able to see at first hand the state of health of the animals. Purchases through the Internet are not recommended as we can not ensure that all requirements are met.

Feeding and Hygiene of the Cat Ragdoll

Feeding the ragdoll cat does not require too much complication. It is recommended that the ragdoll feed be “with high-end feed”, both in the case of dry feed and wet feed have a look on raw cat food for your pet. The animal should also always have a container with fresh water, which we will fill as it is consumed. It is important not to offer the cat other liquids than water to hydrate. 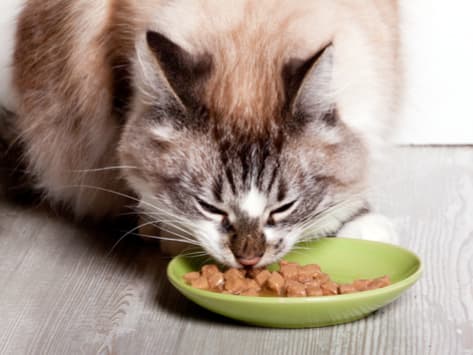 Perhaps the most noteworthy fact is that being large and muscular cats have a tendency to obesity, especially when they get older, so experts recommend monitoring if the animal is overweight to fix it as soon as possible to know more information see how to make a cat lose weight and that its health does not look damaged. In the event that this happens, we can always buy some specific low-calorie feed and increase the exercise through games that you enjoy.

Hygiene and Cleaning of the ragdoll cat

On the hygiene and cleanliness of the ragdoll cat, the veterinarians explains that this breed of cats requires little hygienic care beyond “a daily or weekly brushing, depending on the time of year as they move in spring and fall”. We will do it with a barbed brush so that we facilitate that change by eliminating dead hair.

Except for brushing the animal itself will be responsible for hygiene, so the baths will be limited to an annual one, if we wish and the animal enjoys it or in situations of great filth (if they have been sick and if they have stained with their secretions, if they have been playing and have fallen in some dirty or muddy place etc). Visit catsfud for more information.