Do you have a pet, Do you want to know about kidney failure in cats. If you want to protect your cat then you and should know about all the cat diseases. The most common problem that is arising now a days is the kidney disease in cats. We call that as the renal failure in cats or chronic renal failure which is one of the most common pathologies in elderly cats. Normally this dysfunction gradually evolves as the symptoms of the disease worsen.

The speed at which renal failure progresses in a cat will depend on each specimen and varies markedly from one animal to another. Its early detection is very important. Good care and proper treatment can make the feline enjoy an improvement in their quality of life. You can even delay the progress of the disease, which delays the life expectancy of the pet. 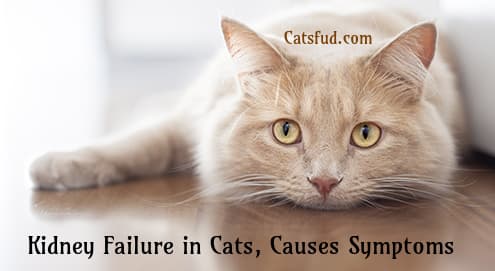 The stage 3 kidney disease life expectancy can be varies and it is simply based on the cat age and its health condition. If your pet is strong and it is able to overcome the disease then there is no need to worry. This cat kidney failure occurs due to various reasons. Here we are going to provide the most common symptoms of kidney failure in cats.

Causes of Kidney Failure in Cats

Chronic renal failure is the consequence of a kidney malfunction for a long time. The disease is irreversible and prevents these organs from performing their functions normally, so the body of the affected cat does not get the filtering and elimination of impurities from the blood. Normally there is no clear origin of the pathology and biopsies performed only find a transformation of normal tissues into fibrous, accompanied by the swelling of the organ. 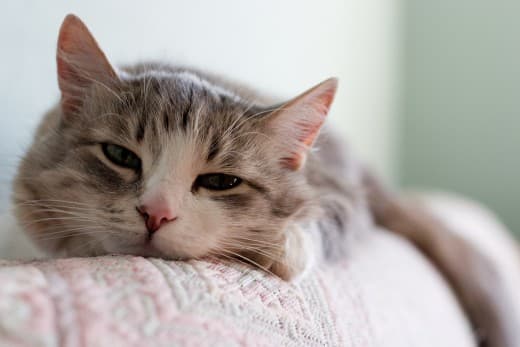 The truth is that these symptoms are also assimilated to many other ailments such as feline leukemia in cats. However there is some evidence that we have a case of this kidney condition:

However in most cases it is impossible to find out the main cause of the cat’s renal failure. The medical actions are performed according to symptomatic pictures. In the few cases in which the cause of the failure is determined, a treatment is attempted to try to stop the advance of the damage and some of the medications like probiotics for cats is given to them.

The failure of the kidneys can occur in any cat. However it is more likely to be detected in animals of medium or advanced age. It is more common the older the cat that is after 15 years are suffering from this disease greatly. You can know about average lifespan of a cat and what makes the cat to get diseases.

Symptoms of Kidney Failure in Cats

We are facing a pathology that develops very slowly. However in some pest the symptoms come suddenly and without warning. Most of them are due to the accumulation of toxins in the blood. This may some times result in the blood in cat poop even you can see such symptoms.

The most frequent symptomatology is that the cat with kidney failure does not want to eat, with the consequent weight loss. In addition pets often suffer symptoms of dehydration, lethargy and depressive behavior. 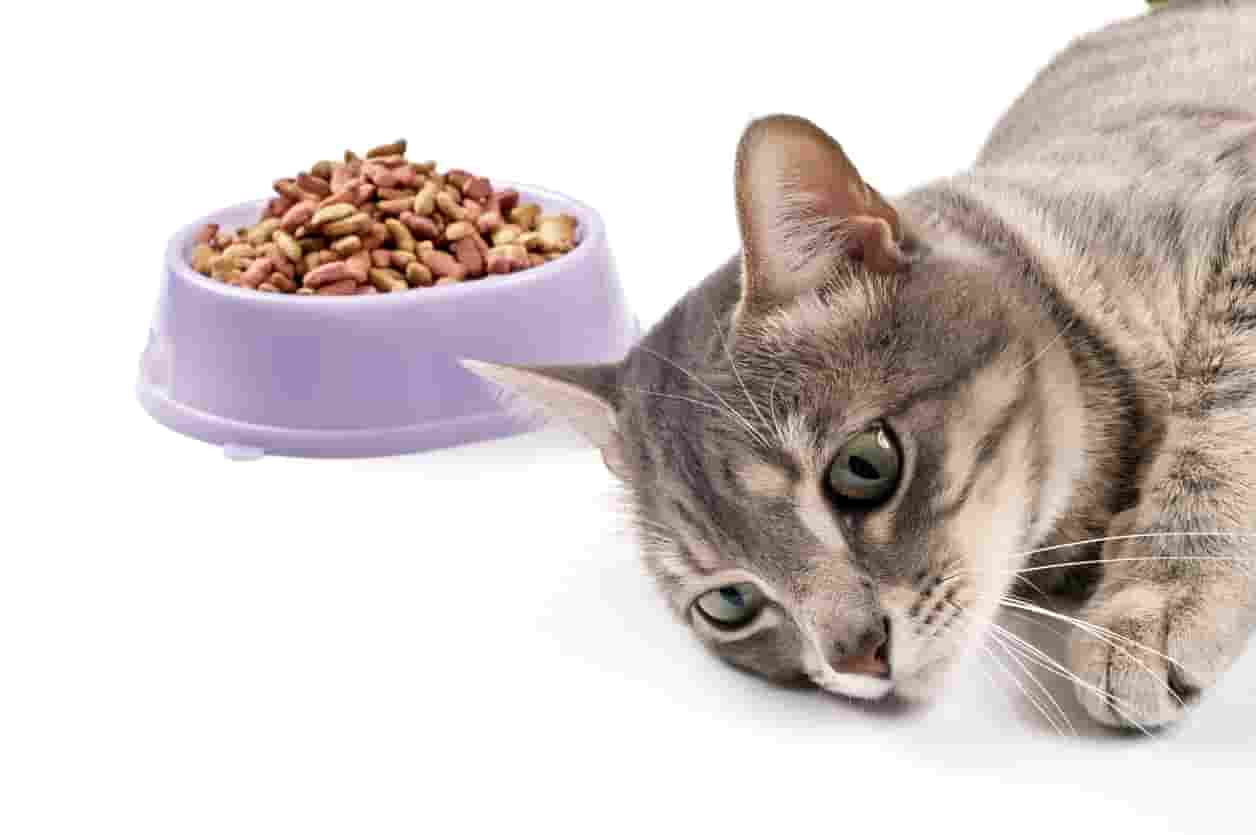 If you have a cat with kidney failure, you will notice that cat drinking lots of water. The cause is that it does not manage to retain the liquids, since it is not able to concentrate the urine. You can also notice that the fur deteriorates, vomits, has halitosis and ulcerations appear in the mouth. In general the animal feels very weak. Over time all this symptomatology worsens.

The kidney is necessary for a host of bodily functions. This is the reason why kidney failure in cats is accompanied by innumerable complications like potassium lowering, elevated phosphorus levels, acidosis, high blood pressure and anemia. 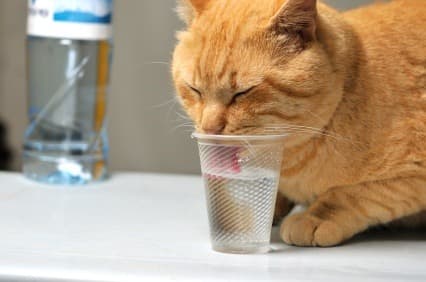 However these symptoms are not definitive as they coincide with those of other diseases. It can only be diagnosed through a complete blood and urine analysis. Paying special attention to the concentration of urea and creatinine, in addition to checking if the urine is poorly concentrated.

Treatment of kidney Diseases in cats

If you have the good fortune to detect the specific cause that is producing the failure in the kidneys, treatments for the cause will be applied specifically. It would be the case, for example of a kidney infection. Unfortunately in most cats it is not usually known which is the trigger of the disease, so the veterinarian can only be guided through the symptoms. 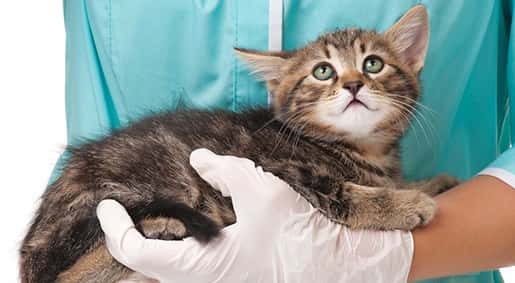 It is common for the affected pet to initially require intravenous fluid therapy. In this way the effects of dehydration and problems with the level of electrolytes can be alleviated. When the animal is stabilized, all the resources will be concentrated on pursuing the renal function and is maintained and there are no complications.

The cat will have to be monitored and subjected to continuous checks like taking blood pressure and blood and urine tests. This can alleviate the complications like anemia, low potassium, high phosphorus, urine infection and high blood pressure.

Unfortunately with this disease a cat can appear to be healthy. By the time symptoms manifest, 75% of the kidneys may be damaged. After ten years the probability that a cat has renal failure is 10%. This figure goes up to 30% in cats over fifteen years old this will be the kidney failure in cats final stages.

The life expectancy will depend a lot on the cat age of the feline and the causes of the disease, as well as the state in which it has been detected. It is important that from the age of eight, they undergo periodic medical examinations in order to detect anomalies as soon as possible. 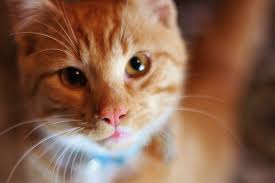 For very old animals when the disease is detected, it is usually found at a very advanced stage with which we are already talking about renal failure of end-stage cats. In any case if an accurate diagnosis is obtained, the consequences can be mitigated and it is possible to offer years with a good quality of life. In any case, we must pay close attention to the diet of these animals afflicted by the diseases like even cat diarrhea. Usually a cat with kidney failure does not want to eat, this is the most common signs of kidney failure in cats. But you have to encourage him to eat.

The diet is vital in these circumstances. We must be attentive to the amount of water you drink, since the chances of dehydration are very high. Since felines extract most of the liquid from food, it is best to give them wet food instead of dry feed. We must be aware that we are talking about a malfunction of the kidneys, so your food should be low in protein. The reason is simple the most of the toxins are produced by protein decomposition. So low-protein foods will produce less concentration of toxins. 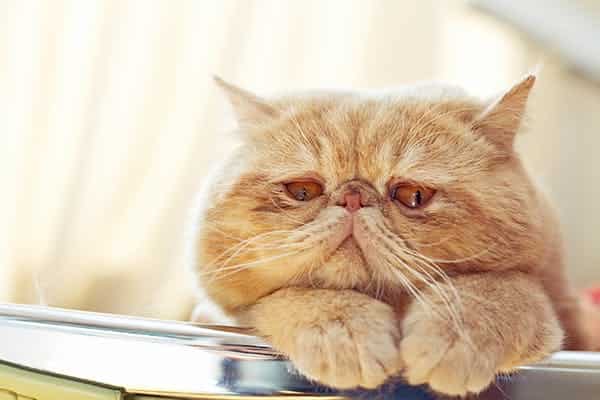 However we must be cautious when it comes to reducing the amount of protein, as this would end up causing the cat to lose a lot of weight you even get more information from why is my cat losing weight. It is best to flee from homemade food and opt for specific food for cats with kidney failure. It will also be normal for the veterinarian to advise a diet low in phosphorus or the administration of elements that reduce its absorption.

In addition to the ideal diet as we have seen, cats with this disease run the risk of suffering dehydration. It is advisable to administer water through different troughs for pets and even that it is enriched with flavors like chicken, fish.

When the risk of dehydration is too high, it is possible that the cat requires the administration of intravenous serum. This treatment will be done by the veterinarian using some medications like giving them buprenorphine for cats, although in cats with very advanced disease the owner is allowed to be trained so that he can take this treatment at home. It is common to also be pending to supplement the diet with potassium, since the levels tend to fall substantially. It can be administered to the feline orally in pills or powders that are added to your food ration. 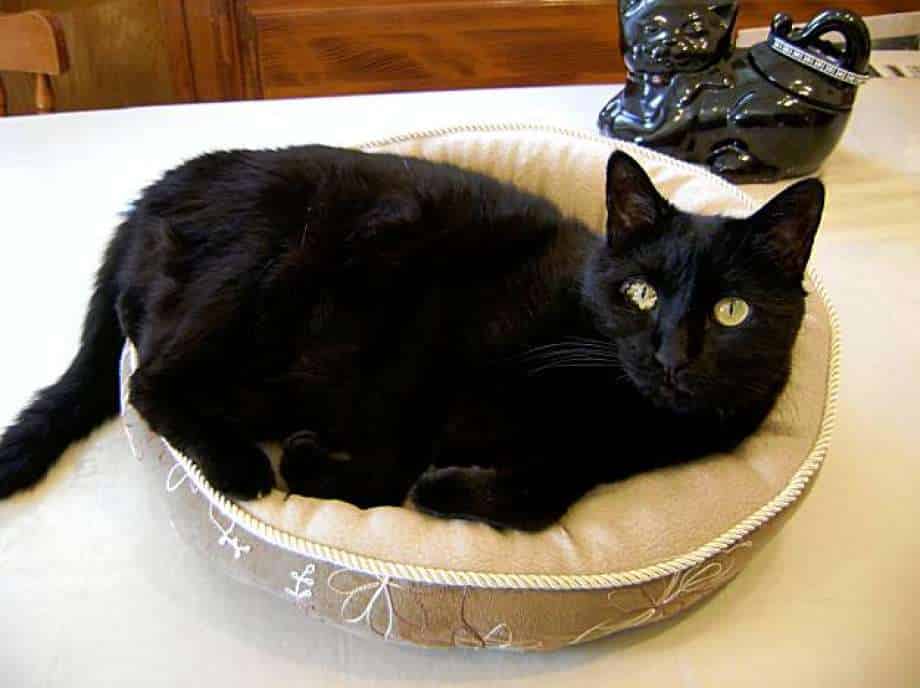 You may also be prescribed some medicine to treat hypertension. Otherwise high blood pressure could lead to blindness, retinal detachment and even more damage to the kidneys themselves. Since in general the cat with kidney failure does not want to eat it ends up having a high rate of anemia; which in turn contributes to the animal being more lethargic and weak. It may be that the advice of the veterinarian is the supplementation of the diet with anabolic, iron and hormones to stimulate the production of red blood cells.

Unfortunately in a high percentage of cats with kidney failure the failure of the kidneys is inevitable. However we must emphasize that the disease progresses according to the cat and with adequate treatments we can greatly improve the quality of life.

Remember that this article is only informative and any prescription must always be supervised by a veterinarian so if you detect that your cat is not well, we will always recommend that you put yourself in your hands as soon as possible. Remember that early detection of kidney failure in cats is vital for their well being. The feline kidney disease can be treated and can also be cured. Want to know more visit our cats fud for more information.