Melatonin for Cats: Melatonin is a molecule that is present even in the simplest of bacteria. Normally it acts as a very powerful antioxidant, but in cats it has acquired a special function, informing the rest of the cells of the body of the time, because it is only able to synthesize when there is darkness, marking the beginning of the night and its duration according to the season.

You May Also Know: Why is My Cat Sneezing a lot

For example, a cat or dog that does not have melatonin, or that it disappears for some reason, would suffer sleep disorders that can lead to more serious problems. 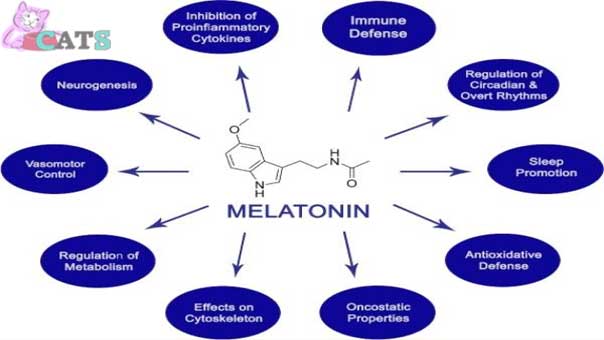 Control of temperature and sleep

Melatonin produces vasodilation and reduction of temperature, the decrease in body temperature facilitates the propensity to sleep, for that reason this molecule is also able to resynchronize the sleep-wake cycle.

Effect of Melatonin on the Reproductive Cycle of Cats 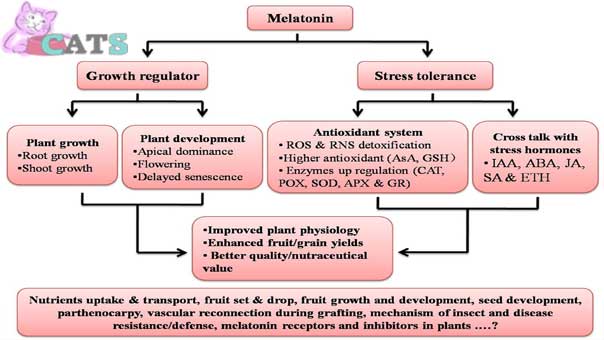 Check out: Is Your Old Cat Losing Weight?

• Suppressing the sexual cycle during a defined period in cats is a complex challenge due to the type of products available. Progestogens administered orally can have side effects, especially when used over a long period of time.

• Long-acting gonadotropin-releasing hormone agonist implants have been used successfully to suppress the estrous cycle in cats for a longer period. However, after removal of the implant, it can not be foreseen when the normal cyclicity will return.

• Another possibility for estro control has been to administer melatonin. Previous studies have shown that the effect of oral administration of melatonin preparations was not as desired. The subcutaneous application of a melatonin implant developed for the induction of estrus in sheep (Melovine, Ceva Santé Animale). Suppressed the estrus in some cats for variable periods and in others not. However, it is used for the suppression of short-term estrus in cats.