Want to know about the Savannah cat characteristics its behavior. The Savannah Cat has very similar features to those of a leopard due to its descendants from the African Servants. Many of us doesn’t know what is a savannah. If you want to know more about this wonderful savannah cat breed, then you can find in this article you can get the information of your interest.

The Savannah Cat is a feline race characterized mainly by its spotted fur similar to that of a leopard and that was developed thanks to the cross between the tabby Cats and African Servales, the latter are wild cats a little larger than domestic cats and live in the Savannah, for that reason it was decided to name the race Savannah. 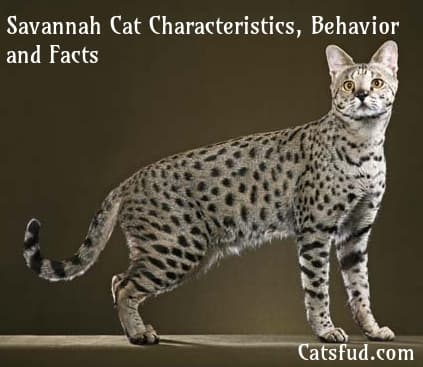 The breed originated in the decade of the 80’s in the United States specifically in 1986 by breeder Judee Frank, so it is considered a relatively new breed. Usually they confuse it with the Bengal cats because of their striped appearance, but the truth is that they have a very different physical structure. And also as a curious fact is that the Savannah cats have the Guinness record for the tallest cat in the world.

Behavior of the Savannah Cats

This breed is very loyal like the munchkin cat they are curious and active so it has come to be compared with dogs and can even receive training to do tricks such as sitting or jumping. It is a feline very sociable with other companion animals and humans even if they are strangers.

The Savannah Cat has no temperament problems it is very sweet and intelligent, but it could become a dominant animal due to its wild ancestors for this same reason if you have pet animals as small as rodents you need to be cautious to avoid inconveniences linked to his spirit of hunter.

Savannah Kittens loves to play outdoors and it is not recommended that he be adopted by people who have no experience with raising cats.

Characteristics of the Cat Savannah 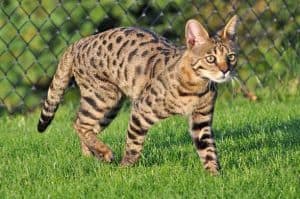 Colors of the Cat Savannah

There are also “cats of the savannah” in very strange and unusual colors. Even cats with different coats are not considered Savannahs by international cat associations since they are felines that are born more like a common cat and not with the wild characteristics inherited from the Serval. These colors can be: 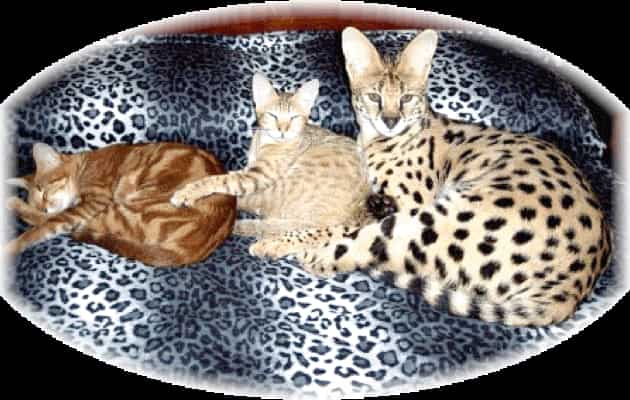 The race has minimal health problems no known disease of it, in fact have a feature known as “hybrid vigor” which means a great vitality and resistance due to the crossing between their ancestors. 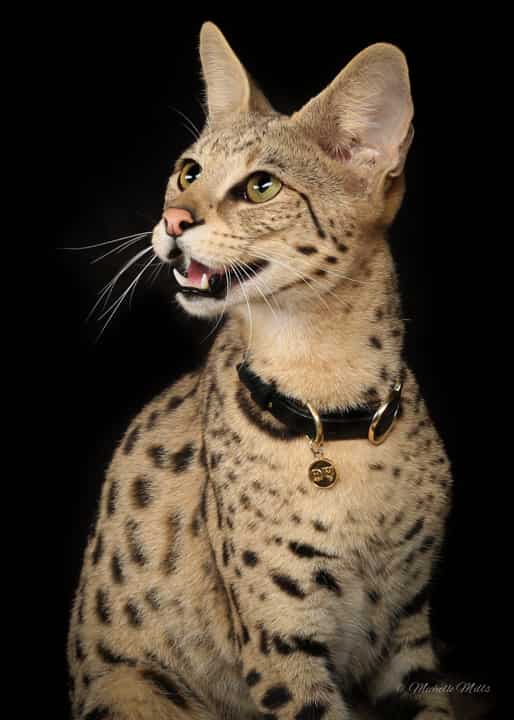 Despite being a big, strong and healthy cat due to its hybrid animal status, Savannah cats can have health conditions different from those of a common cat so that you can even give cat pain medication buprenorphine. For example:

In addition to these cases, Savannah cats can have entry to certain countries and US states also because they are hybrid animals. In general they do not present other genetic problems. Since for the majority of the breeding places in charge of this breed it is of the utmost importance to carry out genetic tests before carrying out any type of savannah cat crossing. You can get the savannah cat price from any of the pet distributors.

With these cares and above all with a lot of love you can welcome a Savannah cat in your home. Now tell us if after reading this article it caught your attention to welcome a cat Savannah in your home and we hope you can share this information on social networks if it has been of interest. Visit catsfud for more information on cats.