We all immediately recognize a Siamese cat. The Siamese kittens are quite active and likes to play if he gets bored he can do the odd job at home. He is also affectionate and sociable, a good companion of young and old who will be depressed if you do not pay him the attention he demands. If you have this cat then you must know about the Siamese cat facts. By the way it is a great meowler that emits different types of sounds.

The elegant demeanor of siamese cat behavior and its characteristic color pattern and its intense blue eyes but its history goes back to Asia at least 500 years ago, where it possibly originated. It is unknown if this same pattern was widespread, but is associated more with the East and especially with the ancient kingdom of Siam (modern Thailand). 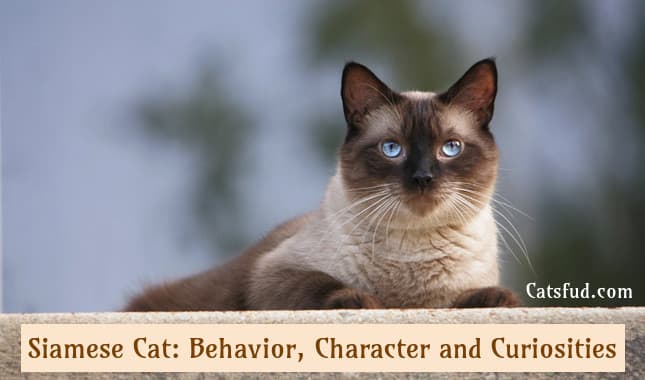 In this article we are going to tell you characteristics, character and curiosities about the Siamese cat, which you may not know. If you want to adopt this type of cat then obviously you must know about the siamese cat colors and its breeds too. Every cat will not be expected as the same as siamese.

Siamese cat were raised mainly in the temples and in the families of the high royalty of the Far East, who venerated them. Later they were admired by foreign travelers and at the end of the XIX century they made the definitive leap to the West until arriving in Europe in 1880, specifically to England and North America in 1890. 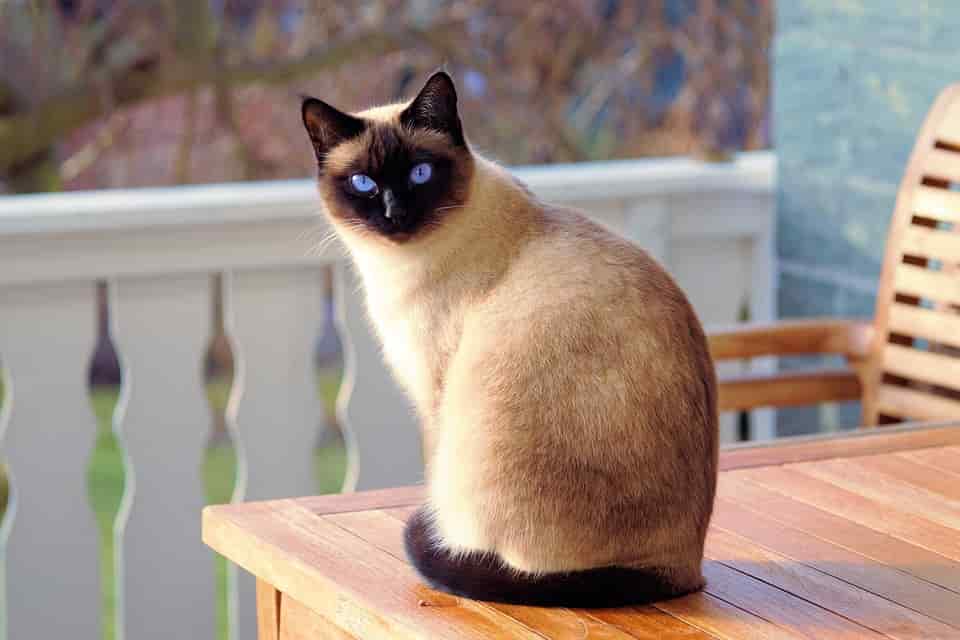 Known first as oriental cats, their forms and variants have changed over time and since 1920 it is only called Siamese cat to those who keep a pattern of tip type with blue eyes like russian blue cat and classic.

Within Siamese cats there are two different variants. The traditional Siamese or Thai cat and the modern Siamese cat.

The “traditional Siamese or Thai cat” that has wide base ears with sharp ends. The body is long and slender like the Siames Moderno. However the difference between these breeds is that the Siames Thai has the shape of the body and the head a little rounded, the snout is shorter, with a pointed tail and no waves like sphynx cat breeders. The legs are thin in proportion to the body and blue eyes and slightly torn. 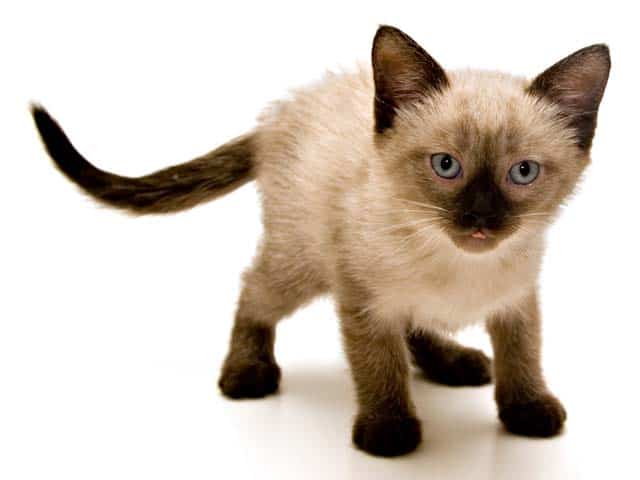 On the other hand there is the “modern Siamese cat” that shares the same color patterns with the first one and that has a different physiognomy. With Elegant and elongated body, known for being more stylized and flexible, large ears, angled head, fine snout and muscular bearing.

They are medium sized cats with an oriental type body that is stylized, elegant and with straight and angular shapes, with good flexibility and a strong body, which has been accentuated by some breeders in the last decade like bombay cat breed. The weight of the males is between 3.5 and 5.5 kg, while that of the females is between 2.5 and 3 kg.

White siamese cat are popular for color, the most conservative records recognize only those with black points (or seal). Traditional oriental colors such as red, cream, as well as those with turtle or brindle tips are accepted as Siamese in Europe, but are called “short-cropped spikes” in North America. 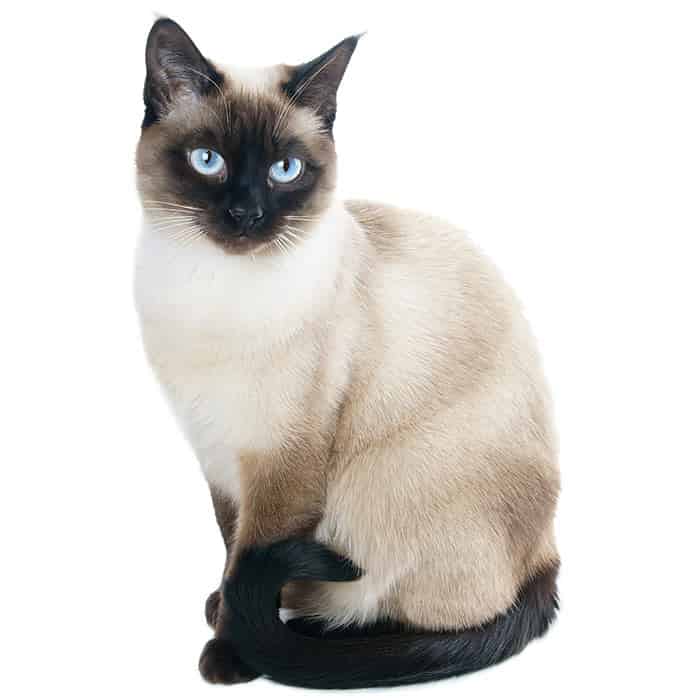 The famous Siamese cat are famous for having lighter and less accentuated colors which has made them more famous.

Why are some Cross Eyed?

Siamese cats are genetically prone to suffer from strabismus and there are studies that relate to the reproduction between consanguineous, which was the way by which the Siamese multiplied especially in Europe, among which also stand out the knots in the tail, which is common in them. 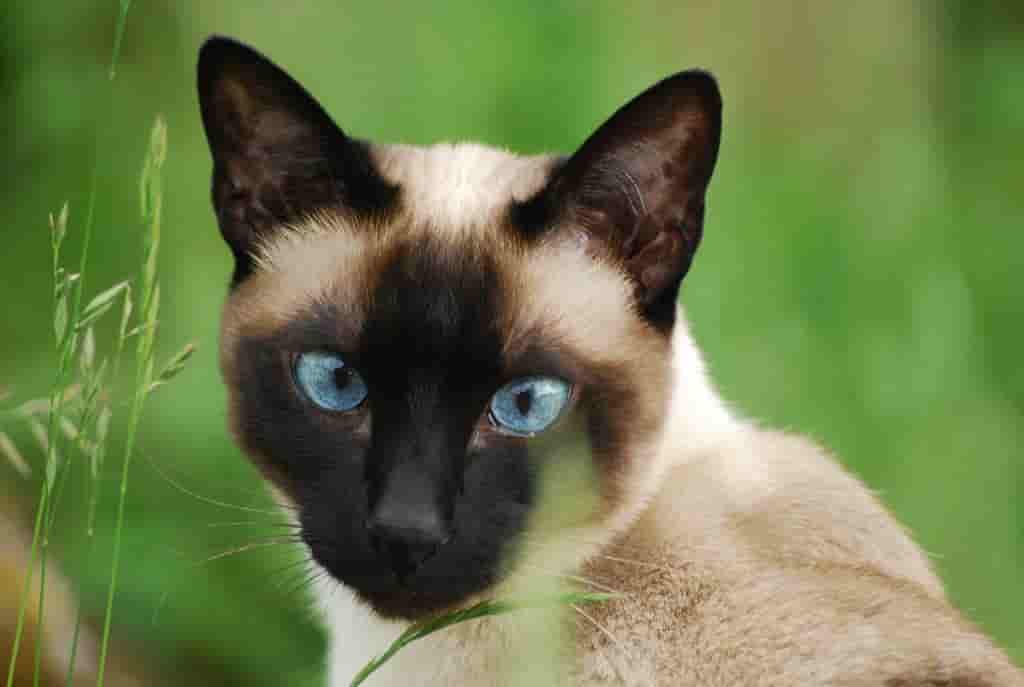 How much does a Siamese Cat Live?

A curious fact about siamese cats that you will like to know if you live with a Siamese cat, its life expectancy is above the average of cats which means that they can live up to 20 years, as long as they are procured good care, food and necessary care.

Character of the Siamese Cat

All Siamese cats share the same temperament regardless of their physiological variety, that is they are somewhat nervous cats, very curious, demanding with their humans and have a great personality. We like to spend a lot of time alone and will demand the company of humans. 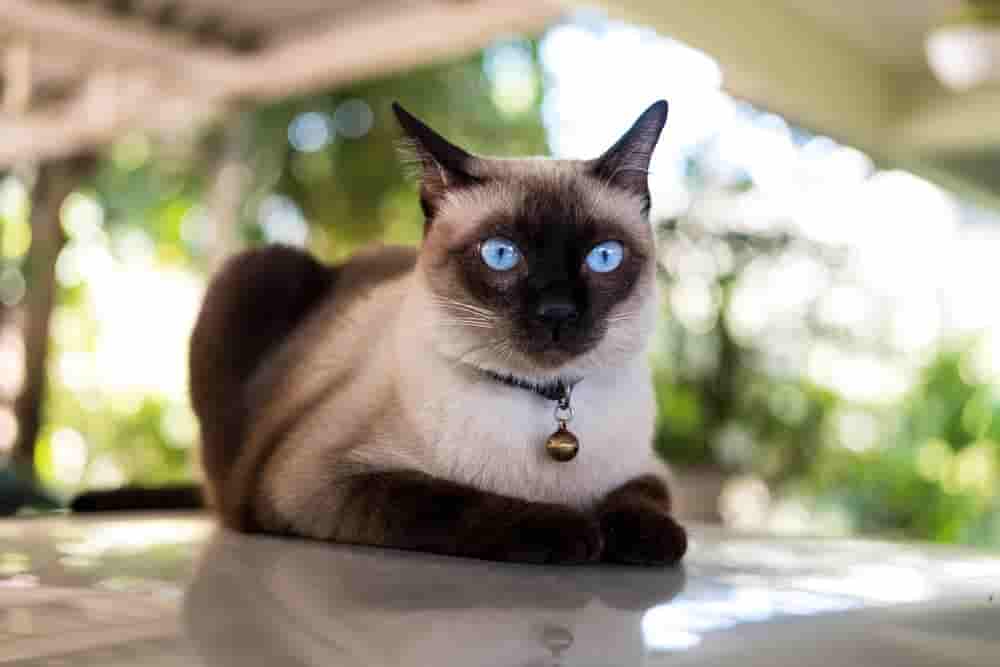 Siamese cats are recognized for being very affectionate and having a social personality. They are outgoing cats and especially that they can develop a strong bond of love with their human. They are also famous for their shrill squeal similar to the cry of a baby. That will be the way to manifest when they require your attention and your pampering.

Siamese cats are also famous for being very agile. This is due to the strong and muscular physical structure they have. They can become hyperactive because of so much energy, so if you have a Siamese cat at home you should make sure you have fun. Some toys and their scraper are basic to keep them entertained.

The Siamese cat breeders as it could not be otherwise, hides curiosities that catch our attention and that you may not know.

Descendants of the Siamese Cat

Many current races, which are widely known have had their origin in them as through crosses directly or indirectly. The Ragdoll cat, the Sacred of Burma, or the Balinese cat are examples of cats that owe their existence to the Siamese cat. Also its characteristic color pattern and that has defined it since its origin, has been transferred to breeds such as the British Shorthair cat or the well known Persian cat. 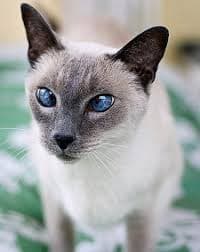 First illustration of the Siamese

In 1793 a well known and successful naturalist named Peter Simon Pallas, made the first illustration of the Siamese cat in Europe. This nature lover who lived in the Crimea, drew it with round shapes, short ears and dark ends, in a definition that has little to do with the current fluffy siamese cat, due to the changes that have arisen in this race throughout years.

Presentation in Society, of Siamese Cat

On July 13 1871, the Siamese cat appeared in society and did so in the first feline fair held at the Crystal Palace Sydenham in London. There they were very successful and were described as animals of great beauty and uniqueness by some journalist of the time. 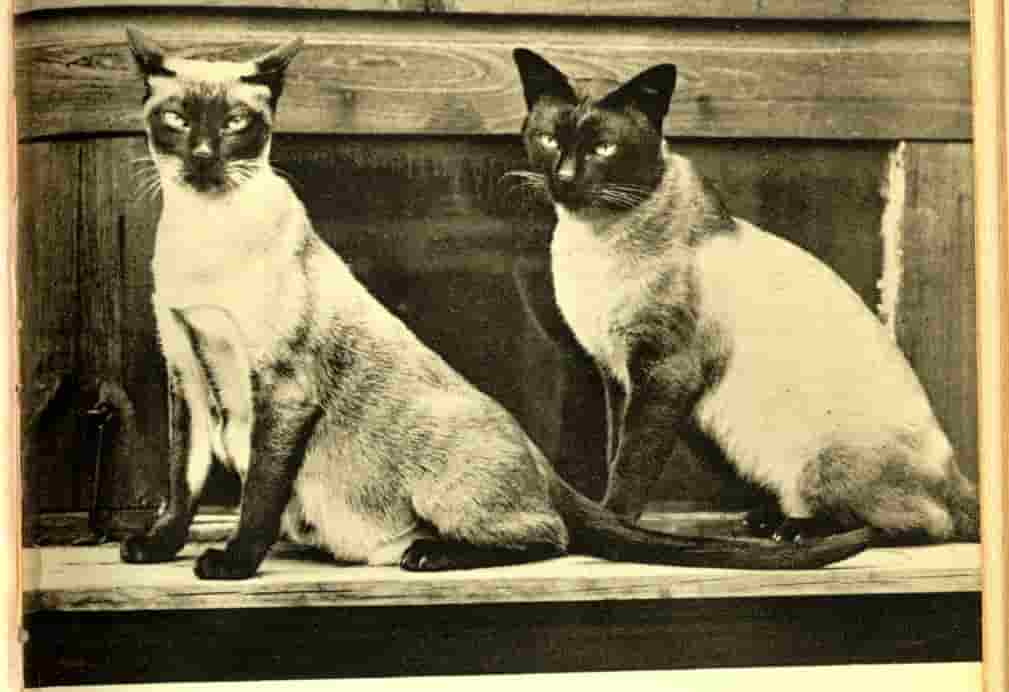 Origin of degraded Color of your coat

Its dark color in the extremities or stippling is due to the fact that they have a thermo sensitive tyrosinase that makes the melanin pigment only activate in the colder zones (ears, snout, extremities, tail) increasing in them the pigmentation and therefore its dark color.

Health and Care of the Siamese cat

Siamese cats have a muscular and strong build so it is usually a breed that enjoys a very good health. However they may suffer from genetically inherited diseases such as aortic valve stenosis, which consists of the reduction of the valvular orifice of the heart. And they can also suffer problems in the bronchi like Amyloidosis. For this reason we always recommend to visit the veterinarian as part of your cat’s basic care routine, it is important that they be periodic to carry out a health check and prevent the development of diseases. 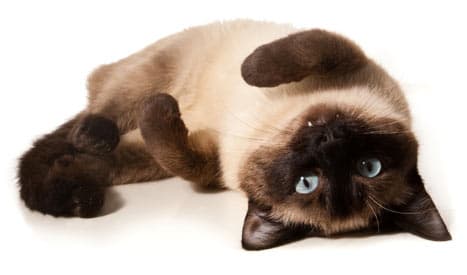 It is important that they have a scraper at home to sharpen their nails see how to cut cat nails. This will not only benefit him, but also prevent him from damaging your curtains or sofas, as the black siamese cat is a very active and curious cat. On the other hand, the care of your hygiene is basic. Your cat needs to have its litter box and also keep it clean.

You must take care of the cleaning teeth, eyes, ears and tail. And feed it 3 to 4 times spread over the day, with a feed that has the nutritional values ​​that it needs, we advise you to seek the recommendation of a veterinarian to select the right feed for your cat.

Well if you are lucky enough to have a Siamese cat at home its like a siamese cat cartoon, you know that even if you suspect it you have a descendant of those real cats in the kingdom of Siam. Share with us your experience about these special cats or share it with the world if you have found it interesting. If you want to know more information about the cats then simply visit our catsfud website.