Are you a pet lover and want to know about a tabby cat. If you going to adopt a cat or you have a mackerel tabby then you must know about it, it is like a Calico Cats. Basically there are different types of tabby cats that are existing. Today in our article we are going to explain types of tabby cats and their behavior. All the tabby cats facts are shown today. Simply follow our guide and know more about it.

When we talk about cat tabby we do not refer to a particular breed, but to a type of cat with specific characteristics. We call tabby cats to the brindle and also known in some places as barcinos. It is about cats with striped fur those are similar to that of tigers but that can also have spots or spots and can be very varied colors. These are a different type of cat breeds. So see the tabby cat breeds and know about them. 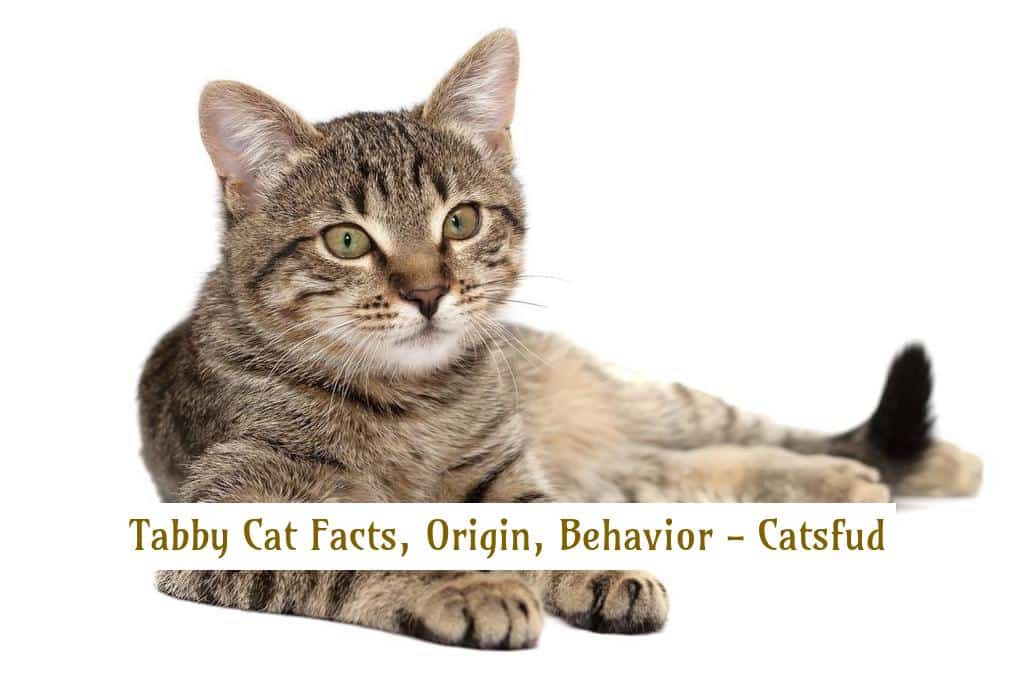 If you are going to adopt a new tabby cat then see the tabby cat colors and choose a best one that suits for you. Also before to get those pets to know it is very much suggestible to know about them and bring them to your home.

What is a Tabby Cat and its Origin

Why are they called tabby? The word comes from the French tabis, which in turn has its origin in the Latin word attabi. In Attabiyah, Baghdad the striped silk fabrics were manufactured and hence this root was chosen to refer to these felines.

The tabby cat, whether gray, orange or brown are cats that are present in millions of homes and since it is a very widespread species today which reminds us in large part of wild cats or as they should have been like our ancestors who were thousands of years ago you can even calculate the age of the cat from cat years calculation and know their perfect age.

This beautiful combination of mottled patterns are mottled or striped in different shades and gives us the idea of ​​a whimsical genetics that we will tell you in this article about them. But also we will delve into their character and peculiarities of these tabby cats which are so common but at the same time so unique too.

Yes and is that the gray tabby cat which is a variant (no race) which occurs in most cases and in common cats or also called “Roman cats.” These patterns in the mantle and fur are also present in some current breeds such as Bengal cats or Scottish Fold. According to recent studies this striped, tabby or dotted pattern in cats is closely related to one of its predecessors in time and the African cat or desert cats like Felis, silvestris, lybica. 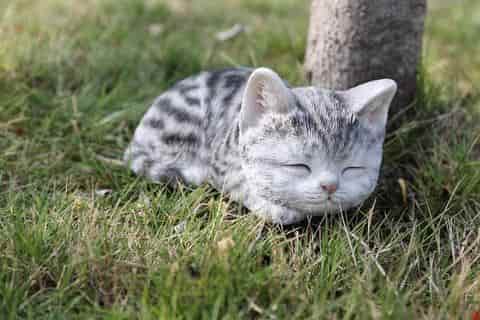 Surely evolved to these characteristics in the fur and to pass more unnoticed in their environment and improve their survival they both to hunt their prey and to avoid their predators. This condition is present in most of the current wild cats of medium size such as the wild cat or the Iberian lynx. You can see the teeth of the cat and know about it for more see how many teeth do cats have and analyze about the cat.

Does your Tabby have an M on his forehead?

It is very common that most tabby cats have an M on their forehead if not all. On this “M” are told two legends of Christian and Muslim tradition that is very similar.

Muslim history tells that Muhammad rested peacefully in his house with one of his cats named Muezza and she slept on his sleeve. When trying to get up he saw no other option than to cut the sleeve to avoid awakening the cat. Muezza opened her eyes and as a sign of gratitude she rubbed her face on Muhammad’s leg which reached down and caressed her forehead. So and always it appeared in the tabby cats with an M with the sign of the prophet. 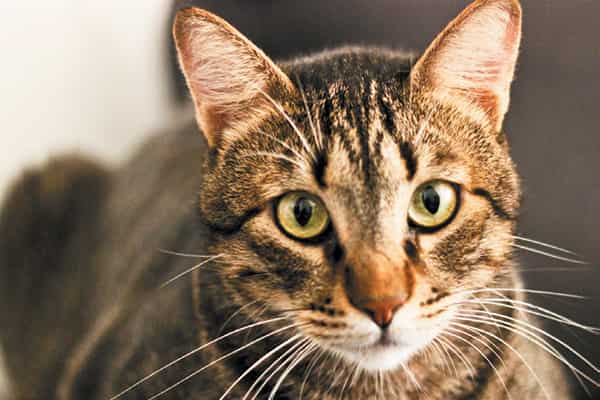 The other story is Christian and tells that in the barn where Jesus was born, a cat came to warm him because the child could not sleep. Maria approached the cat and with tenderness, caressed her forehead drawing a letter. All cats descended from that cat took the “M” of Mary in her tabby coat.

All cats are originally tabby

The African wild cat is the direct ancestor of domestic cats and its fur is a variety of brindle cats. And this wild feature is a curiosity since the origin of every cat is tabby or tabby color. The word tabby is thought to come from a type of striped fabric from Baghdad (the Atabi).

The characteristic of the tabby is persistent even in cats of solid colors which carry a genetic load of the tabby pattern masked by mutations that impede its expression.

In a litter of a tabby male cat and a female tabby cat there may be black kittens or other solid dark colors among several tabby kittens. Remember the dominant genes (that rule) and recessive. The tabby is a dominant gene over black. So black cat + tabby cat = tabby litter. But if two of the kittens of this litter mate, two non-dominant genes can be combined (incomplete domain) and black or dark cats with tabby cats can be born in the same litter. See how to tell if your cat is pregnant to know about your cats pregnancy.

The most curious thing is that genetically all domestic cats are still tabby even in cats of a single color you can see striped stripes with some light.

How are tabby cats look

Those who live with them can attest that they are affectionate like mischievous cats and sometimes lazy (tend to fatten perhaps more than other cats) and fun. They like mimes and will not miss a good opportunity to play and have fun if you encourage them. The tabby cats they conserve those “wild” genes and sometimes they will be able to do some adventures at home. 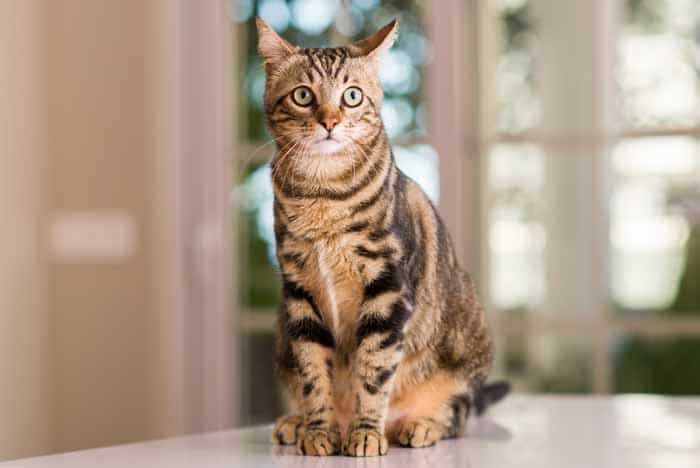 How do Genes Play in tabby cats?

The dominant or recessive genes enter into the game of possibilities by generating a wide range of patterns in the coat of the cats and in the case of the tabbies it is particularly curious. But what genes play a decisive role in these cats? You see when a cat in heat for more information.

This gene is responsible for the “pigmentation” pigmentation of the hair with different colors along its length. Or what is the same bands of different colors are generated instead of dividing homogeneously. Combined with the genes that give the characteristic color, there are tabby cats of colors like brown, beige, orange and of course the most common gray.

It is the gene that defines the drawing of cats fur. Thus different patterns will be presented depending on how the color bands are distributed in the hair. These will be like below.

If you want to know about the color of a tabby cat then simply see below for the tabby cat colors, all these manily depends on the tabby cat breeds. Here each breed of this type of cat has a different colour. So simply check the types of tabby cats from below.

Marbling, in English Blotched. In this case the spots define large or disordered and irregular shapes in the cat’s body.

This Spotted tabby cat in English is called as Spotted as the spots are distributed throughout the body in a uniform manner. There are races such as the Bengali cat (with rosettes) or the Savannah cat or the Ocicat (speckled tips), which have this pattern with some variations. 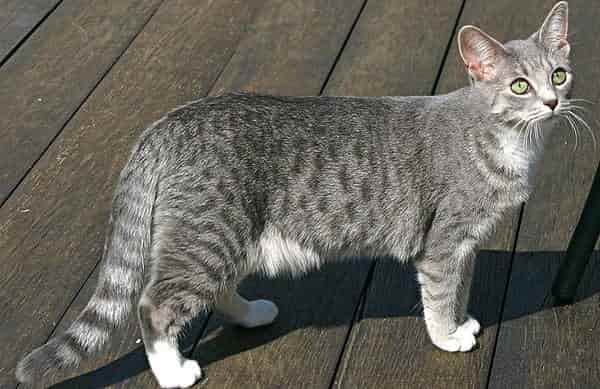 A Tic tabby in English is Ticked. The cats that present this gene does not have a defined color in the body (if a light dotted darker color) but it does have striped features on the head and extremities with more intensity.

The European striped tabby cat in English is Mackerel. It is corresponding to the domestic tabby cat or common or Roman cat. It is characterized by bands distributed throughout the body and extending along the extremities and tail. In the wildcat this pattern is also appreciated.

A Golden Tabby. We refer to those tabby cats that have a golden or orange base. Although we do not realize all cats that have the color orange are tabby because this color never exists as a solid color and always occurs with the Agouti gene pattern. 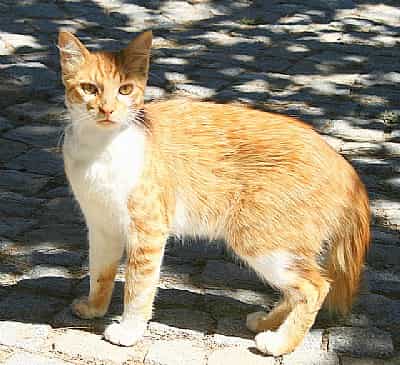 Silver Tabby is a Possen which is a silver base. These cats have a silver base coat that accentuates their shiny fur and their accentuated gray and black markings which gives them an elegant and very special look.

As we see the tabby cat is special for many reasons. Surely as you read and near you there is one and now you know a little more about them. If you have found it interesting share it with the world and do not hesitate to comment on your experience in the comments. Know more about the cats ad their facts from our catsfud website.