This beautiful feline tonkinese cat has its origin in the crossing of two races, the Siamese cat and the bulmes cats, back in 1930 in Canada. This cat is so affectionate, friendly with dogs and very playful at present and it is a very popular, charming and active pet. Here we will see some useful information for the best care of this spectacular breed: the Tonkinese cat, know from us

If you are interested in the tonkinese cat breeders and you want to adopt this cat, then you can simply check our article and know about this cat personality. Before going to bring this cat to your home you must know about its personality and behavior. 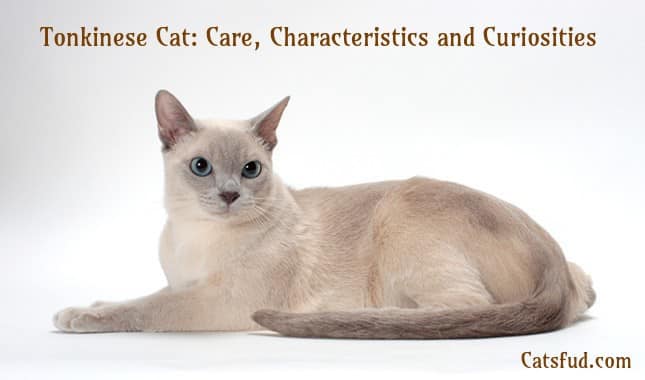 Some versions attribute the origin of the golden Siamese or Tonkinese cat to the crossing of two races that is the Siamese and the bulmes, in 1930 in Canada and some place the date in 1960. Apparently the first studies gave way to the definitive achievement that took shape 30 years later. 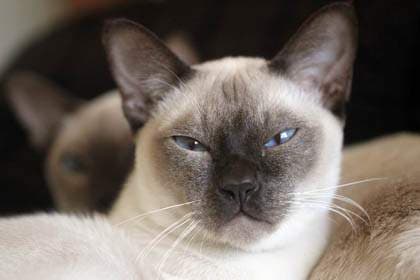 In any case from the 60’s the tonkinese became one of the most popular cats like persian cats. In 1971 he received his first recognition as a new breed with the status of competition cat. And in 1974, 1979 and 1984 other federations and associations that keep records of cat breeds did so.

It is affectionate and playful. The tonkinese kitten is sociable, very affectionate and playful, the Tonkinese cat does not like solitude. When you feel alone, meow to search for the company of your favorite human or any other pet, including dogs. For that reason it is not recommended to confine it to closed and small spaces. The best thing for a tonkinese is a house this is like for the hairless cat where you can enjoy outdoor games. 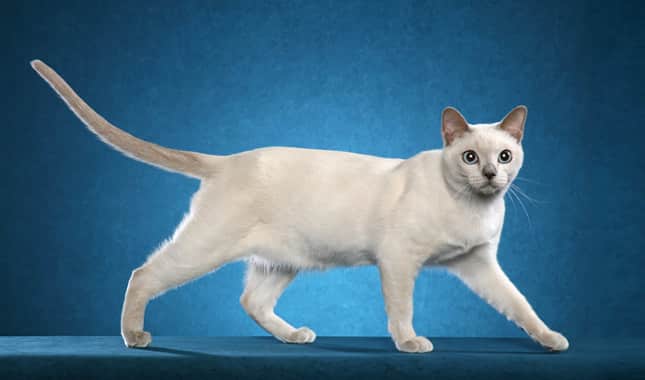 Curiosities of the Tonkinese Cat

The Tonkinese cat is charming, full of energy and a joviality that he shares even with strangers. It possesses a very attractive personality, apparently inherited from its predecessors, the Siamese and the bulmes both recognized by their temperaments.

In his relationship with the owner, this pussycat is a loving cat that also demands affection. He will accompany his owner throughout the house, but he will ask him to pet him and to play like ocicat. Your favorite person is your best company and you will be faithful and will show affection by playing with your fingers or rubbing with your legs.

The playful tonkinese loves the tails of other cats and dogs for him they are a toy and as such, he treats them. He likes to share his time with other pets, even if they are mammals of another class. Sometimes they become annoying for some less active animals, but children love them. His gentle, affectionate and playful spirit makes them preferred by the youngest of the family.

The tonkinese is usually a healthy and strong cat, but there are certain cares that should be put into practice. It is necessary to brush it periodically to keep the hair shiny and clean and remove dead fur. Although as every cat does not like water, when its owner considers it convenient and he must bathe it. 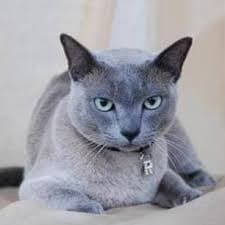 It is also necessary to brush your cat teeth at least once a week to prevent oral diseases. To clean the eyes with damp and very soft cloths and to clean the ears weekly with cotton and wet towels are obligatory practices know more about how to clean cats ears. It is advisable to keep your sand box clean and vaccinations up to date.

The diet of this cat should be balanced, especially with gatarin to avoid damage to your digestive system. The habit of sharing human food with him is a mistake that can cost several emergency visits to the vet. This beautiful cat is prone to suffer from strabismus, a condition inherited from their ancestors. By genetics it is also susceptible to diseases such as gingivitis and amyloidosis. In addition you may suffer from asthma or bronchial, heart and gastrointestinal diseases.

With this you have got an idea of tonkinese cat about is behavior and care. You can simply know about this cat curiosities from us. If you want to adopt this pet you can simply see our article and know more about them. For more information on cats simply visit our Catsfud website.