On average, 99.9% of the tricolor cats, whose coat has three colors: white, orange and black , are females. The patterns are random and can be born from parents who have different tones. You can learn more about this condition in below.

Although hard to believe, one in three tricolored cats is male and only one in ten is fertile. This means that they are almost always females and have cells with two X chromosomes. You can get more about these tricolored cats from below.

Origin of the Tricolor Cats

Although the origin of the tricolor cats is associated with a genetic condition that will be explained later in the article. There is a legend that explains how these majestic tricolor kittens emerged hundreds of years ago.

Legend has it that hundreds of years ago in a monastery in Tibet during the 12th century, there was constant discussion among the monks of the monastery. They could not agree on their theological beliefs. So they made the decision to go on a fast for a few days. At the end of the fast, without even knowing what had happened, a tricolor cat with its young also appeared in the door of the monastery with these colors.

The monks adopted these kittens, because they considered them as an offering. And since then they only had mind and heart to concentrate on taking care of them. Forgetting the misunderstandings and arguments they had between them. And that was how one of them reflected on the well-being that the cats had caused in the monastery and told the others that the tricolor pattern of the cats fur had a divine meaning. According to him white and black represented yin and yang, sign of two opposite parts and that the sandy orange color represented the color of the earth, where human beings live.

In such a way that this represented that the human beings could be tolerant with their differences and instead of arguing they could unite their thoughts to conform opinions as beautiful as the coat of the cats.

In addition that being all the kittens, female cats it represented that the females could give life and the males could not. Therefore this was a sign of change regeneration and of not continuing in permanence.
Thanks to this legend we have the concept that tricolor cats are a sign of harmony and tolerance in homes. Well they bring this spirit with them.

Genetics of Cats of three Colors

Genetics is responsible for presenting this tricolor pattern in any cat breed know more about what breed is my cat. And we will try to explain how it works. When the ovule is fertilized, both the female and the male provide 19 chromosomes each for a total of 38 chromosomes that will be the beginning of the genetic information of the new offspring in gestation.

Of these 19 chromosomes, the female provides an X chromosome and the male an X or Y chromosome. These chromosomes are responsible for defining the sex of the offspring. If the XX combination results, it will be female and if XY results, a male will be born.

The orange color of the coat is associated with the X chromosome and it is for this reason that the tricolor pattern appears in the females. Well having 2 chromosomes XX, two different colors, such as orange and black can result like a munchkin cat. Unlike the male that may be black or orange only.

Colors of the Tricolor Cats

The colors that make up the coat of the tricolor cats are orange or red, black and white. Which are the result of genetic inheritance.

The variations in the appearance of the 3 colors of their coat define 3 different styles of three-colored cats. Among which are:

The tortoiseshell cat is the Carey tricolor cats, they have the 3 distinctive colors with the particularity that these are presented with a mixed appearance within which the white has a very low presentation, even is almost invisible. They also hide a beautiful legend. 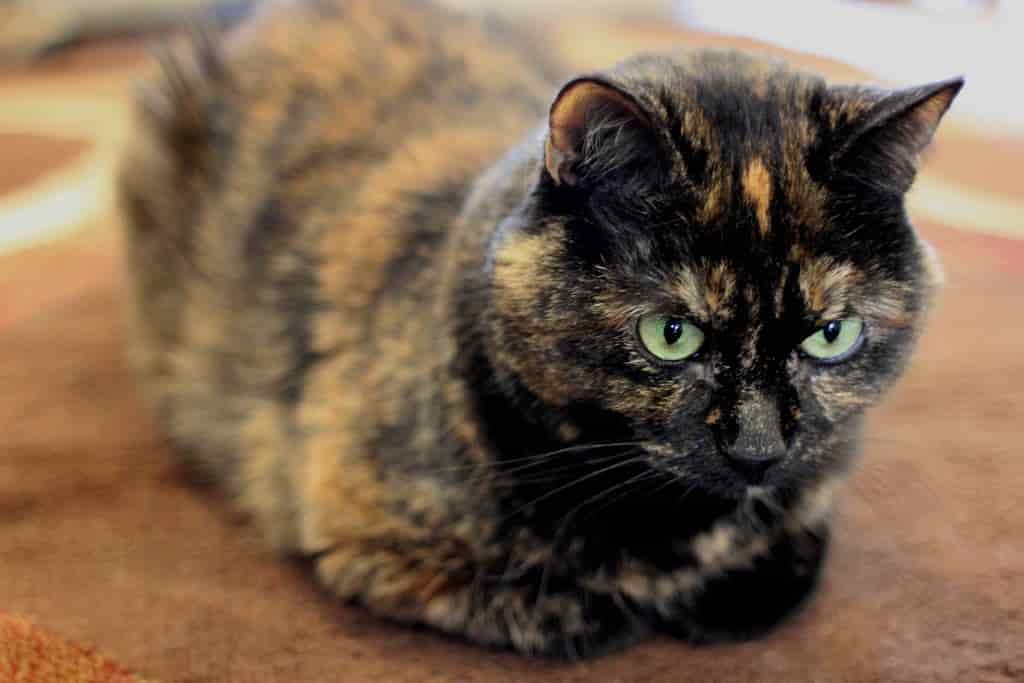 The Calico cat is the tricolor cat that have the colors orange, black and white but these are clearly differentiated and separated, i.e the colors do not mix with each other. 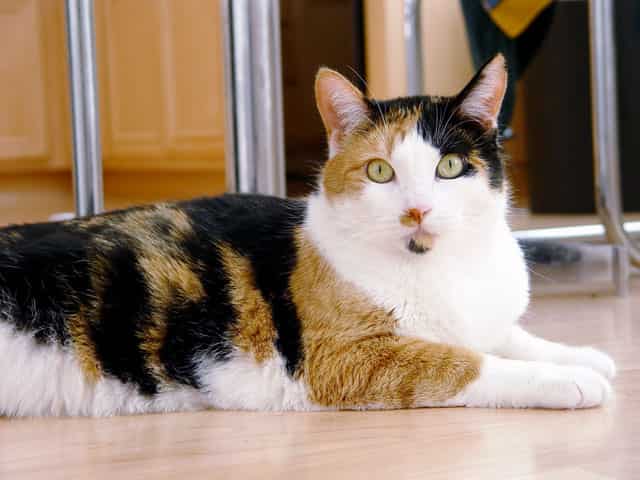 The three-colored tabby cat has 3 colors present, but these show a tabby style especially in the orange patches. 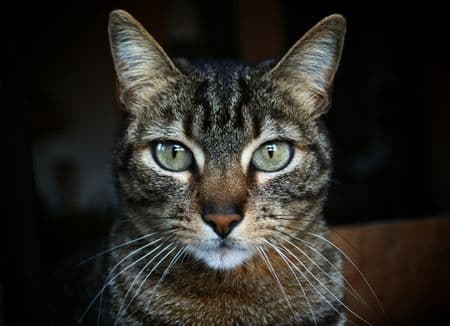 Why is the Tricolor Pattern Associated with Females

The tricolor pattern is a unique characteristic of females. For being the orange color associated with X chromosome the females (XX) are the only ones that can inherit two different colors (orange and black cat). In contrast males (XY) only have one X chromosome which would define if it is black or orange, but never both colors.

There is a minimal chance that a male tricolor cat will be born specifically 1 of 3000 tricolor cats that are born. And if this is the case the cat would very likely be infertile. So 99.96% of the tricolor cats are females.

However, the fact that a male tricolor cat was born would refer to a genetic anomaly that would consist of carrying more than two chromosomes. That is if during fertilization of the ovule, the mother or father contributes an extra chromosome. A tricolor male cat (XXY) would be born, which may or may not inherit the tricolor pattern, but it would be born sterile.

We hope that after reading this article you have learned a lot about the cats of three colors or calico. About this article if you found interesting you can purr on your social networks or share with the community of cat lovers your experience in the comments, if you have and share life with a tricolor cat. Visit catsfud for more information. Thank you!