How to know my cat’s breed: Finding out the breed of a cat is not an easy task, many of them want to know what breed is my cat. There are many cat breeds and this makes the identification quite complex. We are going to give you an overview so you can distinguish between the great diversity of cats that there are. Surely it will be a good help to start getting acquainted with the exciting world of cats. So you can know which cat you want to be part of your life or simply, satisfy your curiosity of knowledge. In addition knowing your domestic companion’s race will help you understand your needs and take better care of it. In this article we explain how to know the breed of your cat.

When we bring a cat to our house we want to know what kind of cat do i have, it is important to know if it belongs to a particular breed. Not because we believe that the danger makes it more valuable or worthy of affection and attention but because knowing can give us insights into their behavior and special care that may require. 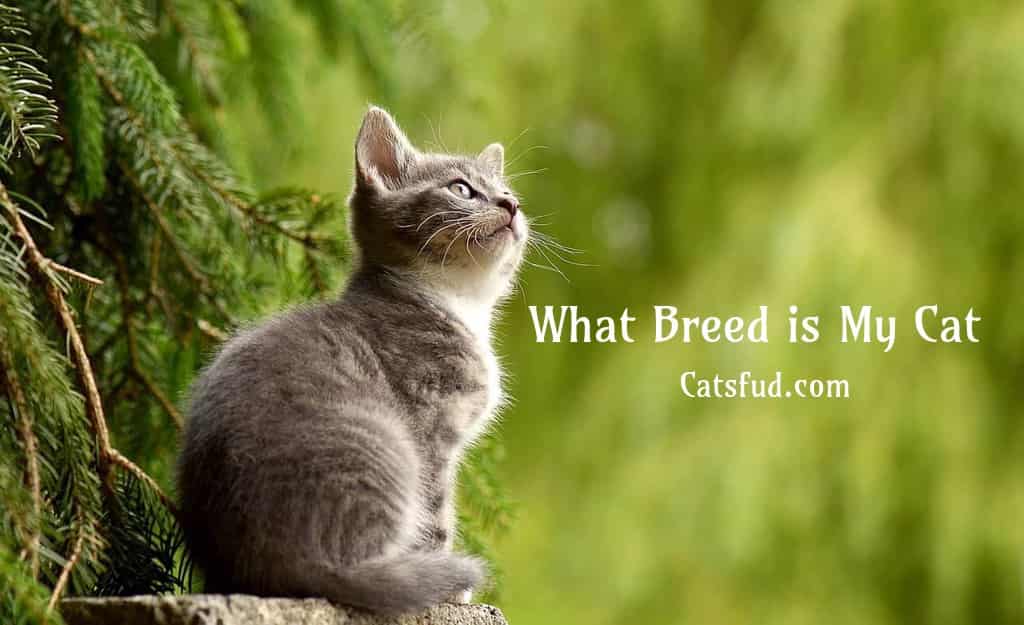 Obviously the best option to identify the breed of a cat is taking it to a feline expert to evaluate it and give their opinion about it they will tell you how to tell what breed your cat is. However if you want to do it yourself and in the process learn something about this amazing world there is a relatively simple procedure.

What Breed is My Cat

Distinguishing a cat’s breed is not easy. There are more than 70 recognized breeds in the world and all this without counting the variants and there is hardly any difference in size as in the case of dogs. To differentiate one race from another you should look at various aspects such as your coat, your nose, your head and your body among other traits some may be albino and some may be savannah cat breed. Keep reading because we are going to tell you about the differences between the main feline breeds.

We start with the scottish fold these cats have a bigger head compared to their body. His body is very robust and his head seems quite round. It has a not very long tail and the nose is a little flat and small. It has large, round eyes that give it a very sweet and kind expression. The ears are small and are slightly flexed forward. It has a soft, short coat and tabby type they called as mackerel tabby. It is also common to have light hair with white touches, although there are more varieties of color. 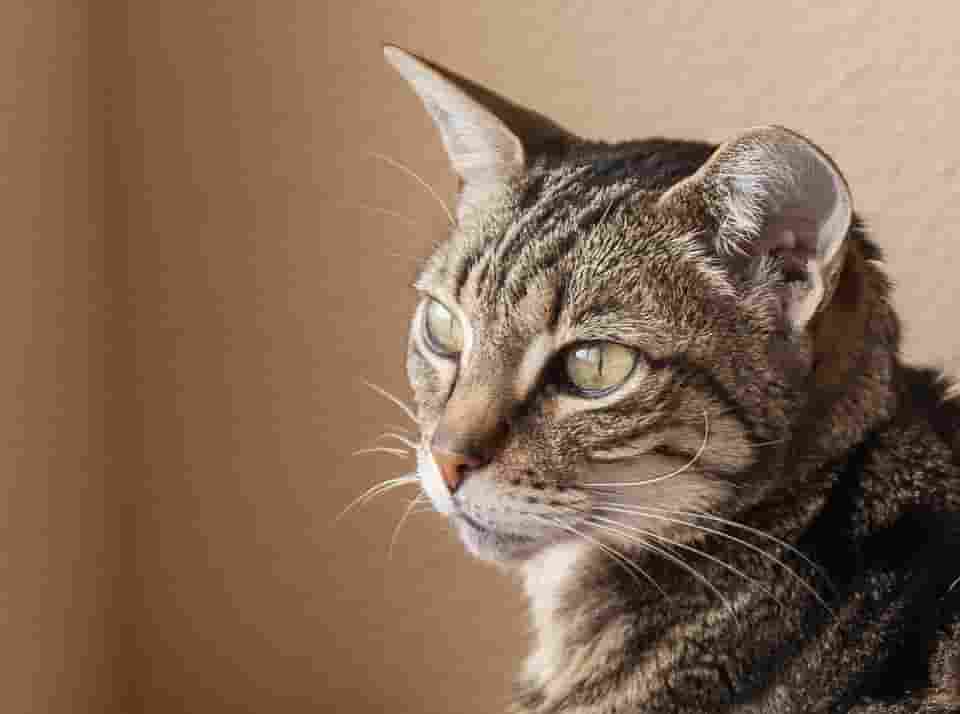 Know Cat Breed by its Tail

Another well known breed is the maine coon breeders, very recognizable by its long and spongy tail that widens at the tip. It has an ovoid shaped face with prominent cheekbones pointing up. Their ears are long and point rigidly towards the ceiling. Their whiskers are long and impressive. His eyes round and separated by a nose quite wide in proportion to his forehead. The most characteristic feature of this breed is its long and silky coat on its back, tail and chest. On the legs and face it is equally silky but shorter. The colors of this breed also vary a lot but for the other features mentioned it is a cat that is very different from the rest. 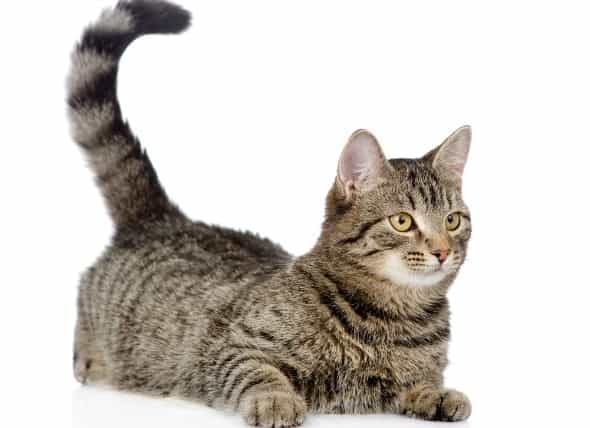 Another breed of feline you should know is the American Shorthair. A race native to North America whose fur is dense and thick. He has very long eyebrows and whiskers. The ears have a round tip as their lower eyelid. The upper eyelid has a light curve in the shape of a hazelnut. The eyes are very large and open usually green or gold.

Another similar breed is the British Shorthair. It has a robust body with rounded legs and feet. Your head seems larger than normal because of the amount of hair. Its coat is silky and spongy which being more detached from the skin that gives the impression of being a very voluminous cat. Its tail is very long and its ears are rounded. The nose is wide and small. It has round eyes that end with a certain almond shape on the outside.

Another of the most famous breeds is the Siamese. A cat with a flexible appearance, muscular and slender. It has a triangular head and large ears that end in a point. His eyes are almond shaped, oblique and above all blue. Its neck is thin, long and slightly arched. Its tail is long, narrow and delicate. It has a fine hair, short, silky, shiny and very close to the body. Its color is very characteristic with the darkest coloration in tail, head, ears and extremities the rest of the body is beige or almost white and darkens with time. There are varieties according to the color of the extremities. There is a dark brown tone (seal point), light brown (chocolate point), dark gray (blue point), light gray (lilac point), light orange (cream point) or dark orange (red point). 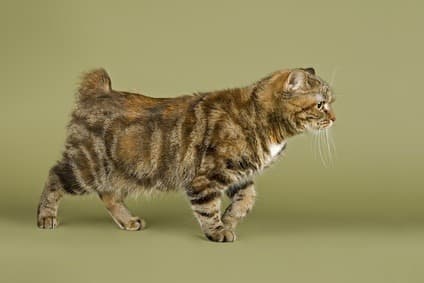 Another breed you should know is Russian blue. An elegant feline with an elongated and muscular body. Its head is wedge shaped, short and has a flat forehead and skull. His chin is strong and his nose straight. It has widely separated and large almost round eyes usually of a deep green color. Its neck is thin, long and the legs strong and robust. It has a straight long tail with a very wide base that narrows when it reaches the end. Its fur is dense, short, silky and with a very thick undercoat. The color that defines this race is the intense gray color and with the silver tips. His nose is dark gray with mauve pads.

Another of the most popular cat breeds is the Turkish Angora some what similar to bengal cat breeders. A race that is defined by its medium size and its thin, muscular and elongated body. Its head is triangular and small. It has a slightly rounded chin and snout. The ears are pointed tall, large and with tufts. Their eyes are slightly almond and oblique and can be of different colors. Its neck is thin and stylized. Its legs are elegant and slender. The previous ones are somewhat longer than the later ones. They have strands of hair between their fingers. Its fur is fine, silky and longer on the neck, the back of the thighs and the belly. It has a long tail and looks like a feather. Although there are more than 20 color variants the most common is white.

And we end with another of the most common races the Persian type with this you will know what breed is my cat. It is a cat of medium or large size. It has short extremities a strong body and a long and impressive coat. Its head is voluminous with a wide skull and rounded forehead. His cheeks are full, his cheekbones are strong and his nose is wide and short. Its snout and jaws are wide. It has the ears separated and with rounded tips. His eyes are very large and separated and the color usually goes according to his coat. 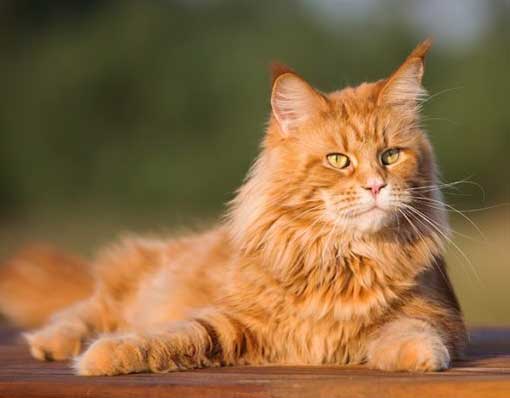 Its color is usually deep and intense. His neck is short and very strong. Its straight legs are consistent with the rest of his body. The tail is not very long but it is very showy. It has a dense, long and very soft coat. The most classic varieties are uniform with or without stripes may have turtle fur, smoke, bicolor, tabby type (with wide stripes), tabby mackerel (with parallel lines that run along its entire length ), tabby spotted(mottled) and chinchilla Persians.

In the event that you are not clear about which breed your cat is and What Breed is My Cat, it is best to consult your veterinarian to get rid of doubts and inform you about all the care you should give your pet. With this article you will have what type of cat do i have and what breed is my cat. If you want to know more information on cats then visit catsfud website.