We want to talk about the white cat and sure there are curiosities about these cats that you do not know and that you will like to know. Stay with us and sure if you have a white cat, you will find it interesting to read this article. If you are going to adopt white cat breeds then you must know before about these types of cats.

These are of Snowy, majestic, solemn, magnificent, regal and there are many qualifiers that can be adjusted to the bearing of the majestic white cats. However these precious animals were not always well received. These long haired white cat are most rarely appeared in ancient times. But now with their look and show off these cats breed were mostly developed. 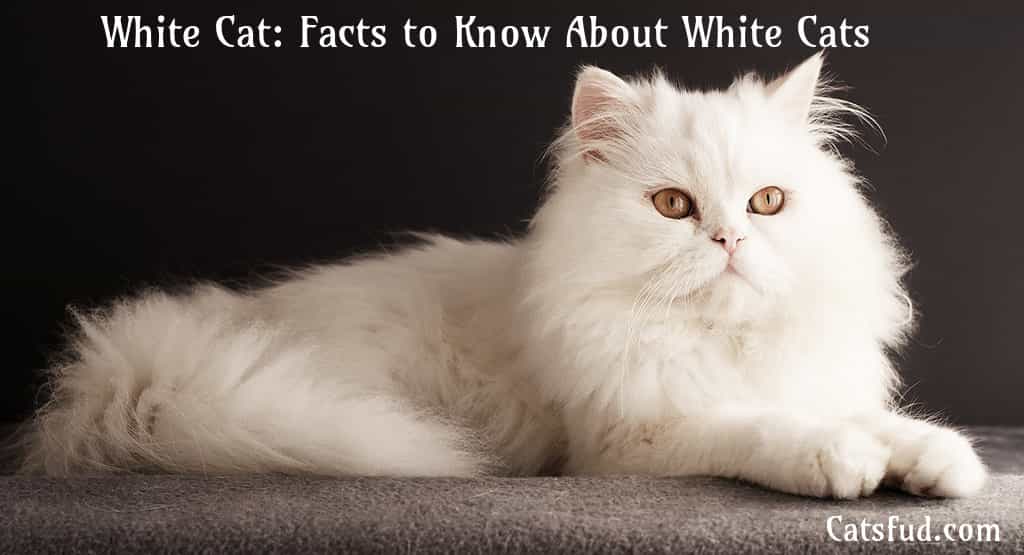 Superstitions About the White Cat in USA

While in the US the old settlers left as their inheritance their appreciation for the white cat, but in ancient England they detested and feared them as if they were spectral beings.

Americans think that the white cat is a symbol of purity, joy and bearer of good news. Seeing a pussy of this color in the home garden is translated as the announcement that a great positive event will happen to the family.

Superstitions of the White Cat in England

On the other hand the old English people felt real panic to cross paths with a white cat, through the streets. They were called demon cats because they understood that they would only be able to bring bad news and bad omens for the spectator. 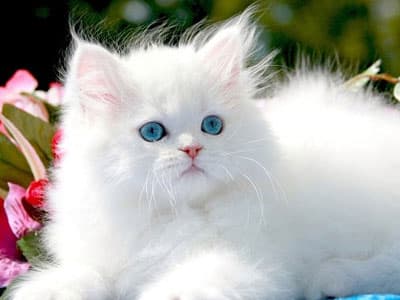 The reason that apparently underlies this ridiculous superstition about such a beautiful animal is quite simple. In the midst of the darkness of the nineteenth century streets of cities like Old London the white cat appeared dazzling like a ghost and attracting a lot of attention.

The British thought that in reality what they saw was the ghost of a cat and as an envoy from the other world came to warn of a misfortune.

Role of human being in its expansion

These cats are as colorful and striking for humans as they are in their natural habitat. The reason is obvious. You just have to imagine how a black cat can be camouflaged in the darkness outside and how a white cat shines in the same conditions.

As predators they have it really difficult, since their figure is completely visible. It is also for other larger predators. Therefore it is not usual to find them in Nature and they are very frequent as pets or in domestic environments.

The fact is that it has been the hand of man with crosses between different specimens, which has made the white cat the favorite feline as a housemate in some breeds of cats like the Turkish angora, the white Siamese or the Persian white cat.

Origin of the White Cat

They came from the Middle East and the European nobles went crazy with a cat that besides being white, had long hair. This characteristic was also unknown among Europeans at the time. 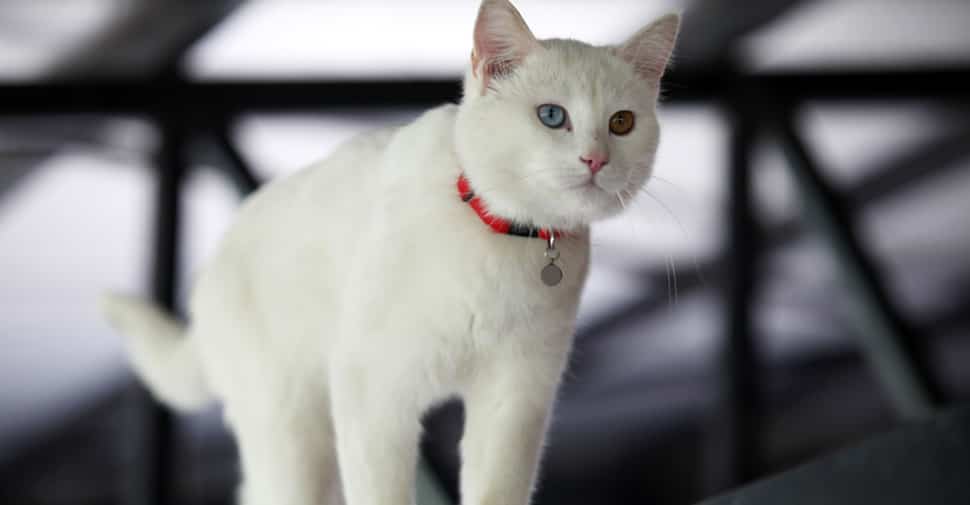 Kings and courtiers bid for a copy of these beautiful animals although they were surprised by their behavior. The white cat seemed different from the rest of the domestic kittens. They turned out to be very proud and stretched and as if what happened around them did not matter. The perception changed when it was discovered that this indolence was no more than deafness.

Although very beautiful the white color is completely unsuitable for a species that is dedicated to hunting. The exception is some cats that live in snowy mountains but this is not usual.

These pets have white fur because they are albino cats or have the S gene (White Spotting Gen) which produces white spots. When the S gene acts at its maximum power it can make a cat completely white, although it is not usual. 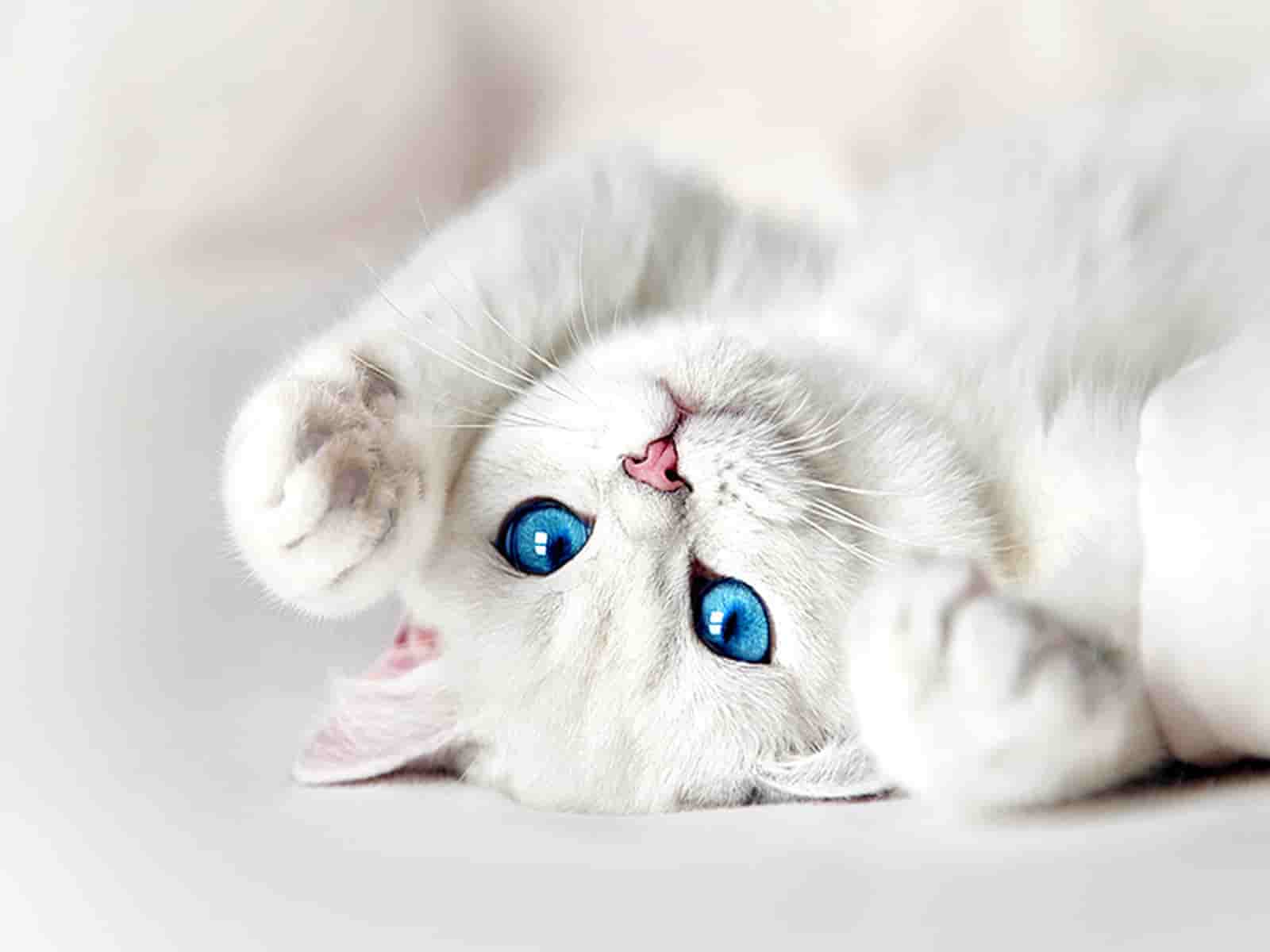 The W Gene of White Cats

However for the carriers of the W (dominant White) gene known as Dominant White, the question changes a lot. The reason is that this gene is very fast, in fact, it is called “express”.

Once a cat has inherited the W it conceals whatever color the pet has on its body. However the white cat by W gene can transmit to its offspring and by its true camouflaged color, so having white cats does not guarantee white litters.

As a curiosity, it should be noted that some white cats that have the epistatic gene (which hides all colors) are born with some reddish, bluish, black stain. The stain will disappear with time however, it will have given us the clue what was the true color of the cat. It should also be noted that a feline with W gene can pass their true color to their puppies.

Deafness of the White Cat

The belief that all white cats with blue eyes are deaf is widespread. It is not like this. In fact the albinos and S gene carriers are usually not. This genetic question is completely associated with the W gene and even so they may not be deaf.

However it is interesting to know that white cats, in fact can have any eye color. Now if the color is blue they will have between three and four times more chances of developing deafness. Those with disparate eyes will have twice as many possibilities.

How to Know if White Cat is Deaf

Anyway you can find out if your white cat suffers deafness. For this the most elementary test is done at home. Get behind the animal and make a loud noise. If the cat does not flinch it may be affected. It is time, then to take it to the vet. Here you will have the BAER test. They will place some electrodes and perform a sound test. The electrodes record the brain response and determine whether or not there was a reaction.

Never forget that cats that have deafness and they should not go out alone to the street. They do not hear cars, motorcycles, people. It can be very dangerous for them, so always leave them.

You must start by knowing if your cat is albino or white. It is true that both have many similarities, although albinos tend to have red eyes. In addition you will see that they do not have pigmentation on the skin. The snout, the pads, the ears everything is a soft pink color.

A white cat, however may present some type of pigmentation or moles on the skin. In any case, both especially the albino will require special care in the epidermis, which are very delicate and sensitive to sunlight.

There are special creams to apply it and reduce the risk of photosensitivity. Try however that your white cat does not spend much time in the sun. You should also take care of the eyes of those cats that have blue and are also more sensitive to light.

The white cat with green eyes are a good combination you can get them at your home. Hope with this article you will have an idea of white cats and their breeds. If you want to know more information about these white cats then simply share with us. Visit our catsfud website for more information on cats.