Why are cats afraid of cucumbers? More than 21 million views have a collection of videos of cats and cucumbers that are posted on YouTube about this. In the majority of videos we see a cat that eats calmly and suddenly when it sees an object like cucumber it reacts very quickly and turning with an unusual object that appears mysteriously of the anything. The scare of the animal is impressive and it jumps and flee in horror.

We know that it is a cucumber and who has placed it, but the cat does not have this information hence its flight in terror. What would humans do if while we slept peacefully, they placed a huge pod next to us like the ones in the movie. It deals with an extra terrestrial invasion and fear of the unknown. Imagine the panic felt by the protagonists before this chilling situation. Surely we would get shot and with a tremendous fright in the body. 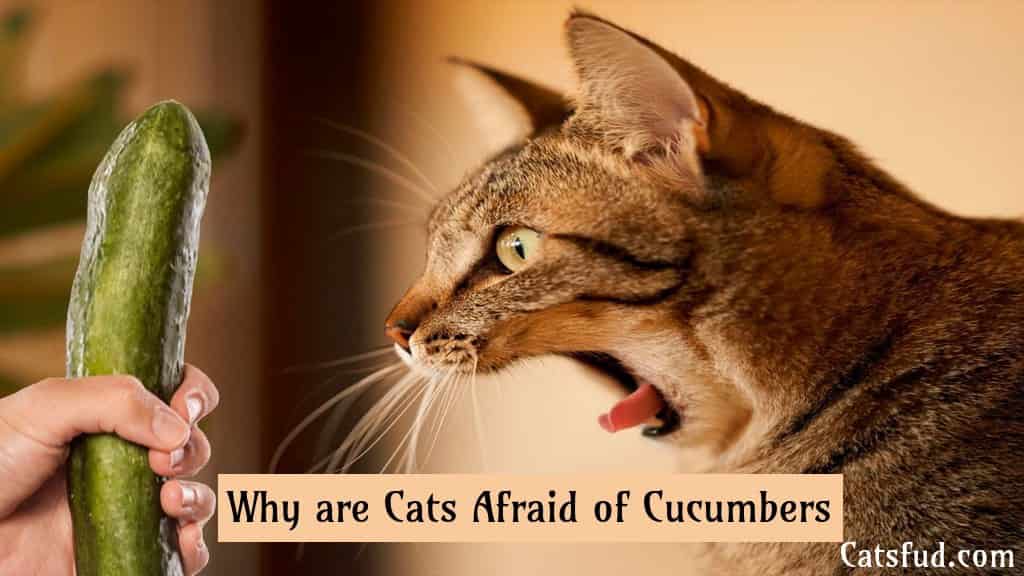 Well the same happens to cats when under the pretext of having a fun time they are placed a strange thing at their side while eating quietly. If you are a person with feelings and it does not do you any fun to see the cats suffer from the above videos then we explain the reason for their fear of cucumbers and other similar objects.

Why Are Cats Scared of Cucumbers

The impact of these viral videos has also reached the experts. Let’s see some currents of opinions are cats afraid of cucumbers or not. Maximum of the people say that yes cats are really afraid of these cucumbers. If you want to know how to tell what breed your cat is, then you can see our article. You can see some reasons below.

Researchers such as biologist Jerry Coine expose the theory of “fear of the predator” and relate the reaction of cats to cucumbers with fear that they may feel how much they are in front of certain predators such as snakes.

In the same sense the animal behavior specialists Jill Goldman points out by relating the startle of the cat with the feline instinct and the fear of danger before a possible reptile.

General Fear of the Unknown

Other experts talk about neophobia or fear of the new an instinct that still persists in animals and among them are cats when they are happy cat love bites will be given to you. That is why they think that in strange situations it is normal to be scared and put feet in dust.

Specialists in animal behavior such as Roger Mugford speak of generic fear of the unknown rather than of a concrete terror towards some fruits. 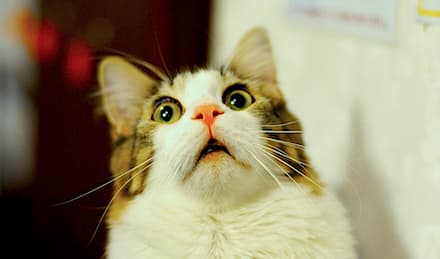 Let’s say that the basic problem of the cats is not the innocent cucumber itself but anything static or moving, mysterious and that suddenly occupies its space.

Reasons why it is bad to Scare Cats

Remember that the place where cats eat is scared to them because they only take their food if they are in a quiet and peaceful area. You can see how to make homemade cat food.

So about the consequences of the jokes of doubtful taste. Take a good note and know about cats with cucumbers.

Do not forget that cats need to have everything under control to feel safe so anything that enters their comfort zone and is unknown and is synonymous with danger. 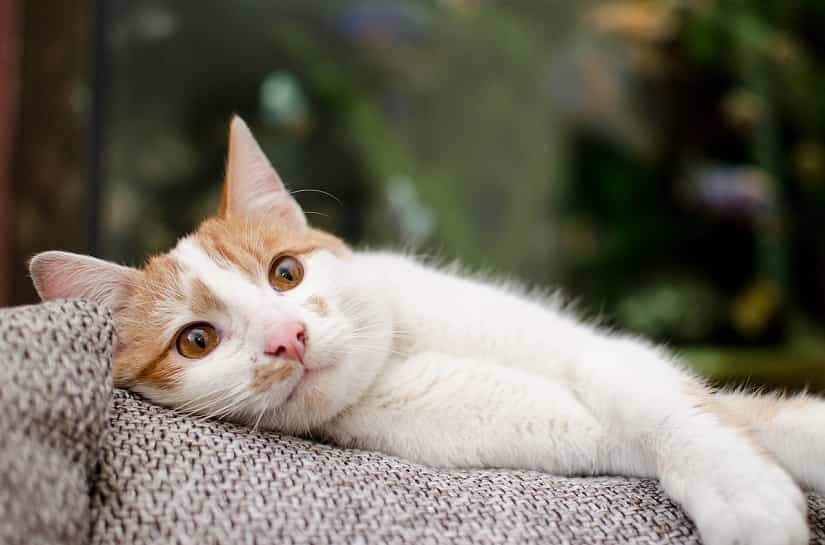 Those videos that have been made viral online with the intention of making people laugh the truth is that they would not do so much fun if they were aware of the damage they can bring to cats.

Here the only one who laughs is the human while the poor cat already scary in itself experiences an extremely distressing situation which can harm his health and his mental well-being. It may sometimes effect the cat weight chart as you can see and confirm them.

There are those who would say that it is not so bad that after all a cucumber is a totally harmless fruit. The problem is that the cat does not know it. And cats are very curious they investigate everything just as they did when they were wild cats. 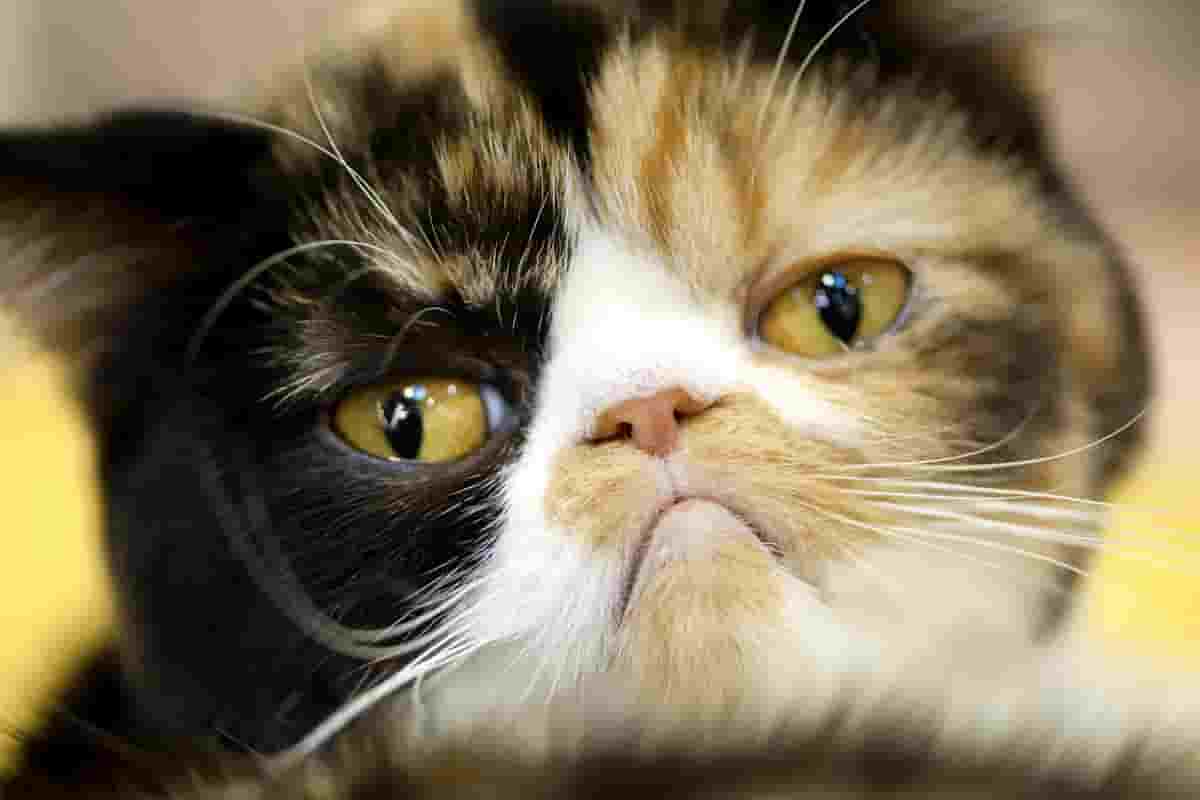 All the circus that is assembled with cucumbers does not make sense because there are countless proposals to have fun with our cats in a respectful way. Cats in and of themselves are very funny animals which distract us and always surprise us with their tremendous agility.

They also delight us to see them entertained with a simple cardboard or toys created especially for them such as: stuffed animals, scrapers, balls, curlers, tunnels and other proposals which develop and test their physical and mental abilities.

We share the idea of some people like when they says that “Causing stress to an animal is not a good idea. Doing it just to laugh makes me question the intelligence of humanity.”

Hope with this phenomena you have got why are cats afraid of cucumbers and why they gets scared when they see them. If you want to know more about the cat cucumber then simply check from us. For more information on cats visit our website catsfud and know about them.