Why do cats like boxes?: Do you have a cat as a pet? Well, you probably know that there is no better toy for them than a cardboard box. But why are our feline friends so attracted to boxes and other closed objects, including bags, laundry baskets, suitcases, and backpacks? The search for confined spaces is an instinctive behavior of cats. In nature, these areas allow animals to hide from predators and from there they can watch their prey carefully.

You May Know Also: Strange Cat Facts: Why Does My Cat Sleep on Me 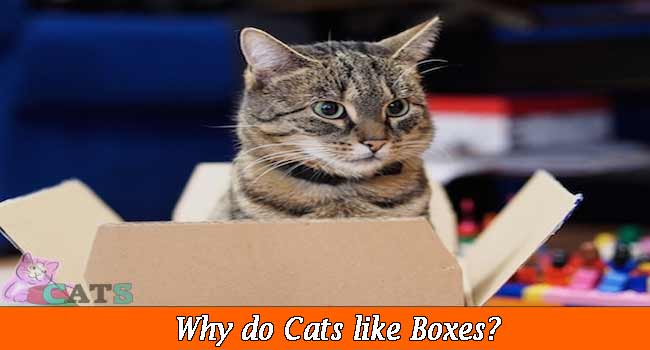 When cats are inside a box, they feel that they cannot be attacked. And anything that comes close will be directly in their field of vision. Such hiding places allow them to see the world around them without being seen. If something interesting happens in front of the cat – be it a prey or a toy – it can jump out to get the object, and then quickly return to its safe point.

Find out the main reasons why pussycats are big box lovers. They serve as a hiding place, to hunt, give heat, reduce stress and much more.

One of the curiosities that most intrigue those of us who live with cats is their “obsession” with the boxes. You can spend a lot of money on a bed. A scraper, a toy … the cat goes straight to the box. Do you know why it happens?

There are several reasons that make k4itties go crazy with boxes, most are due to their innate wild instinct, that makes even domestic cats behave as they would in freedom. 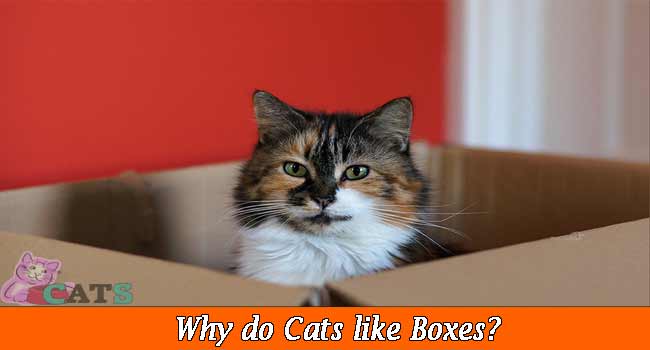 Read Also: Can Cats Eat Dog Food | Is it Safe for Cats

• The boxes are an ideal place to hide. In nature, the cat has to find hiding places to avoid being attacked by its predators. And although domestic cats do not have the need to protect themselves so much. The wild instinct makes the kittens continue looking for spaces in which they feel sheltered. In addition, the cat spends much of the day sleeping, which will seek a space in which to take a quiet nap without thinking about “the dangers” of not being hidden.

• The boxes are perfect spaces for observation. In the same way that the high places can be improvised by vigil towers, the boxes can serve as the same. In nature, the cat is also a predatory animal, so it looks for spaces in which it can hide and observe its prey. And the domestic cat also plays to it: he likes to see his humans or fellow animals from a place where he feels invisible.

• The boxes also serve as space from which to jump. The cat not only hides to observe discreetly but also uses this hiding place to jump on some clueless passer-by. In its wild state, the Pussycat would hide to observe the prey. When it least expected it, would jump over it. If you notice, the domestic cat also plays to hunt like this, with the other cats, jumping at your feet, etc.

• The boxes provoke the curiosity of the cat. This does not happen with the boxes, whatever you bring home. It catches the attention of your pussycat, who sniffs it, looks at it, touches it. And the boxes have that mystery so striking for cats that they cannot resist check what are they, put the little head to see what they hide, etc.

Among the Most Relevant Reasons We Find:

• The boxes are of an irresistible material. The cardboard is ideal for scratching and biting, and a perfect space to leave the usual mark of the cat with its olfactory glands. The cat also leaves visual marks and you have the need to stretch your body and muscles and sharpen the nails, so the cardboard in the box is perfect to do so. 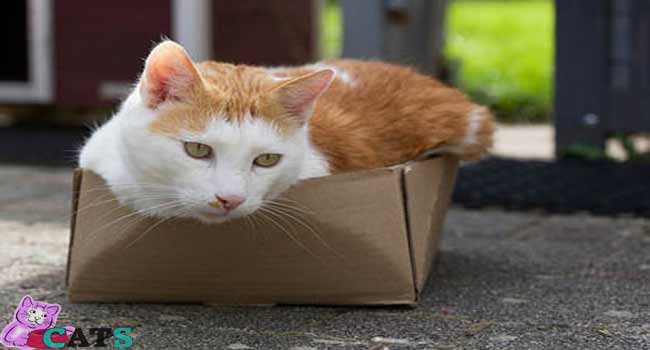 Checkout Also: How Many Teeth Do Cats Have?? How to Take Care of Cats Teeth?

• The boxes are warm. Cats always look for the only ray of sun that is at home to be in the hottest place. And the box is a perfect place to find that nice little warmth that the pussycat loves so much. The cardboard is a material that retains the hot temperature very well. And if the box is small and the cat can become a ball of curled hair, better than better.

• The boxes reduce stress. In 2014, a study conducted by the Department of Clinical Animal Sciences of the University of Utrecht (The Netherlands) revealed a new reason. Why cats were such friends of the boxes: they reduce stress. The study was implemented in a Dutch shelter for animals, in which some cats were provided with boxes and others not.

• Using the indicator called Cat Stress Score (from Kessler and Turner) they were able to verify that the cats that had had boxes suffered much less stress than those that did not have them.

The stress decreases the immune systems response cats, so reducing it is a breakthrough. So it is interesting that cats have their boxes in their home. Especially in situations like when the cat comes home for the first time when it is necessary to present several cats. After the visit to the veterinarian or in cats that are shy or fearful.